Sunrise Over Black: This 1978 Chevrolet Camaro Z28 Is An Eye-Grabber! 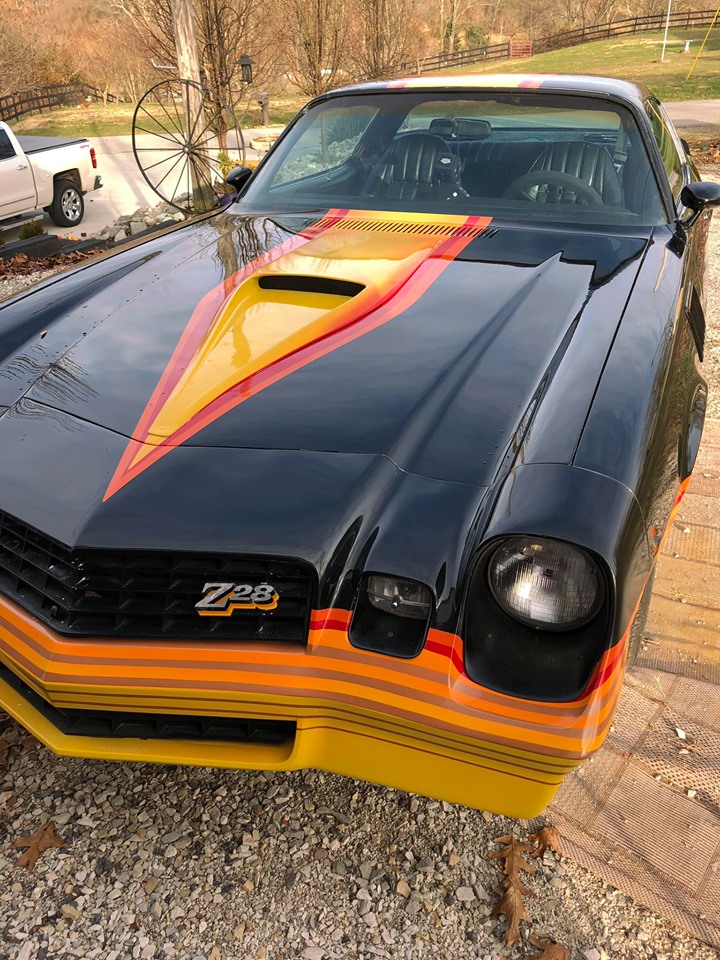 Thank you, Mike Finnegan specifically for flaring off my second-gen Camaro fixation. Finnegan has had his rounds with Camaros…his first car was a 1976, and he managed to wrap it around a pole if I remember the story right. So, recently he got the chance to revisit with an old friend that was capable of burnouts en masse and I’ve been scouring Craigslist, Facebook Marketplace, and eBay looking at 1974-77 Camaros. You thought Brian’s rant about the price of early Ford Broncos was full of fire and brimstone? Since when did the most hated version of the Camaro become an easily $10,000 car?! You might get lucky and find one or two that are under that magic mark, but more than likely you’ll be dealing with rust, an interior that requires the CDC to issue you a waiver, or you’ll be dealing with the most thoroughly-beaten pony car you’ve ever laid eyes upon. Still, what’s the harm in looking, right? 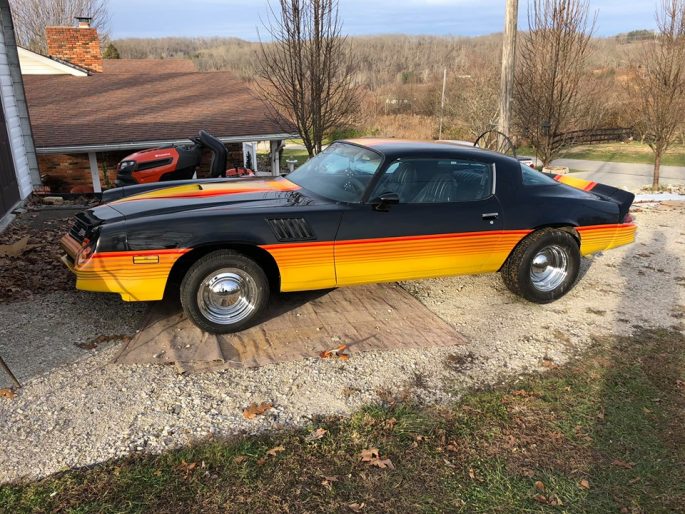 I’m not a fan of the rubber-bumper second gen Camaros. I just think they look too long and a bit too disco for my taste. But done right, I can get on board with the idea and this 1978 Camaro Z28 is done right. The only thing I don’t like about it are the wheels…but what to put on it? Classic Cragars? Centerlines? Slot mags polished to a high shine? It isn’t like I’d mess with the paintwork…the sunrise-style stripe job on black looks killer and perfectly retro. Engine? 350, of course, with little information on what’s going on there. It’s a small-block Chevrolet…there’s a million ways to get useable power out of one.

N50 wheels? Turbines? Super Tricks? Build the engine, add the suspension parts, whatever. Just don’t change that look, whatever you do. 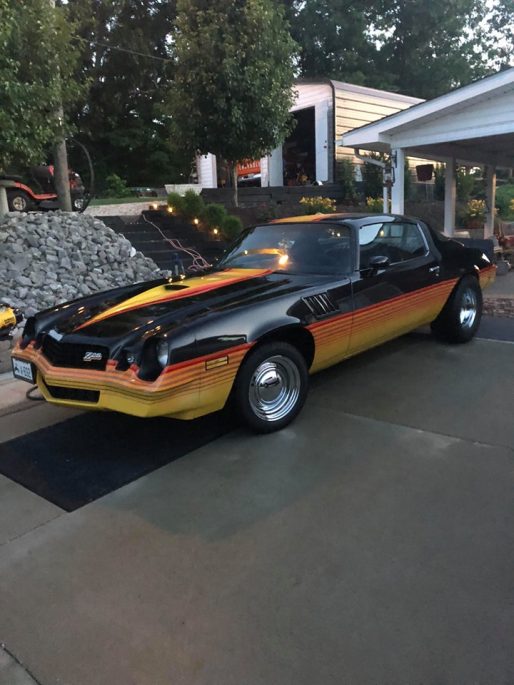 BangShift Question Of The Day: If You Could Limit Demo Derbies To One Make And Model ONLY, What Would It Be? Unknown Parts Counter Guy: Keep Your Retaliation To Yourself

4 thoughts on “Sunrise Over Black: This 1978 Chevrolet Camaro Z28 Is An Eye-Grabber!”