Unknown Parts Counter Guy: Keep Your Retaliation To Yourself 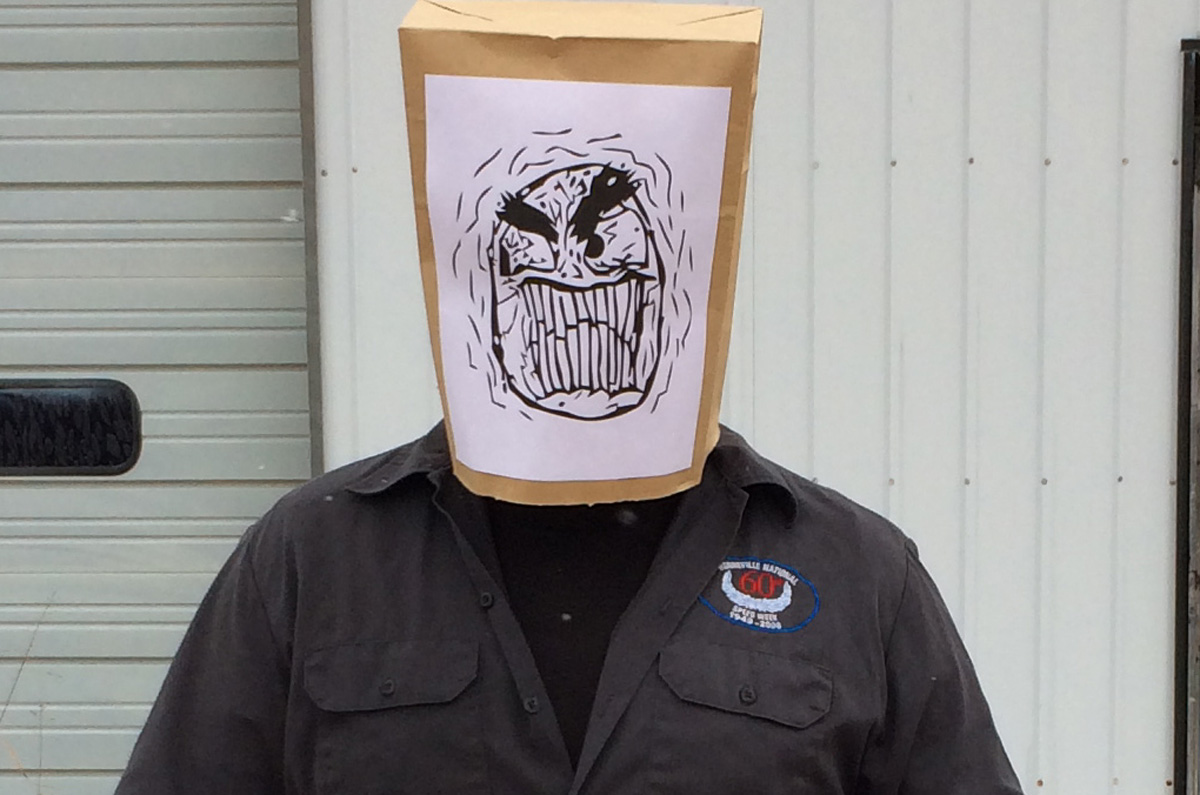 I know you know the feeling. You’ve just wasted at least twenty minutes with the one customer that was sent specifically by whatever deity you believe in specifically to test your patience. You’ve gritted your teeth. You’ve smiled your way through forty miles of pure, unadulterated bullshit, accusations, threats, and every other nerve-striking action a customer can possibly perform without crossing that theoretical line. They’ve finally paid for their goods or the services you’ve rendered, they are almost out of the door and out of your life, and almost instinctively, you can feel it: the muscles in your digitus medius on both hands instinctively flex, extending boldly upwards with a meaning no intelligent human being can mistake. And those two upraised fingers pale in comparison to the venomous thoughts on your mind, the evil paybacks you are scheming up for the hell that customer just put you through.

Look, it seems counter-intuitive for me to tell you to not flip off a customer who deserves it. But it’s the truth. You go from being the clerk that just got the very wrong end of the stick to being the stereotypical angry worker. You’ve just taken away any sympathy leverage you could have had. Was the outburst worth it? Maybe you didn’t stay silent…maybe you did shoot your mouth off. Most workplaces tend to frown on their workers telling their customers to “not let the door hit them in the ass on the way out”, y’know. Yes, you’re being honest, and yes, you are wishing them as well as you can manage, but that will come back to haunt you sooner or later. Unless you don’t plan on including this place of employment on a résumé in the future, of course. You wouldn’t want to explain to a potential employer about the one time you offered to up-sell a customer a pry-bar so they could extract their head from their chocolate factory, would you?

A case recently came to light where the owner of an Audi R8 found a bunch of writing inside of the back bumper cover of his car after he had some back-and-forth issues with the dealership regarding damages to his car. Here’s the actual messages left behind: 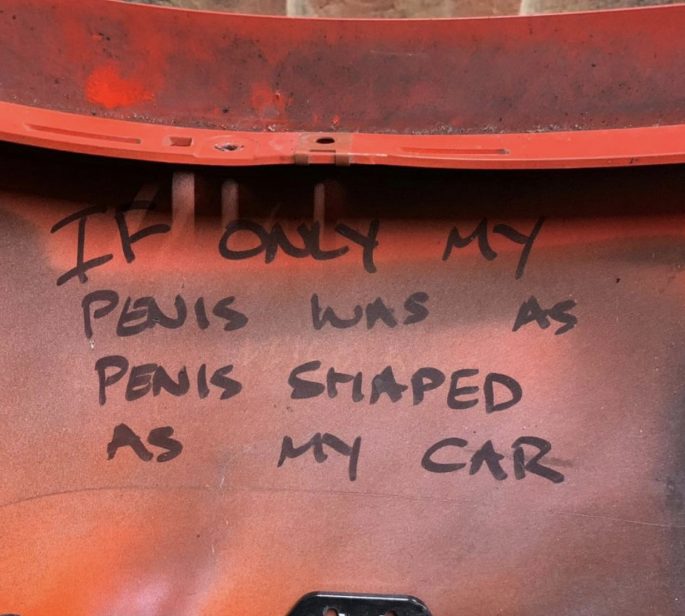 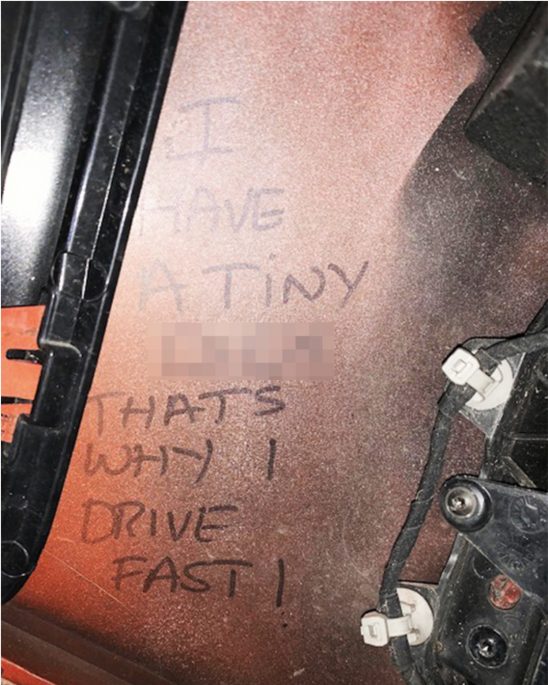 Thought you were being cute after you had to cut and buff the paint for the fourth time? Congratulations…not only did you make international news, you are probably fired. All because you were having a rough afternoon and felt the urge to vent your frustrations via your Sharpie.

Sometimes, it pays to keep your mouth shut and to bottle up your feelings to release at a later time. That few seconds of emotional bliss from going off like a cannon and doing something stupid isn’t worth your paycheck, or your reputation as a human. Need to go take out your anger and frustration? Might I suggest investing in a real-deal punching bag? I personally can attest to their therapeutic qualities! In the meantime, smile, be helpful, be courteous, and don’t do stupid shit at work, okay? 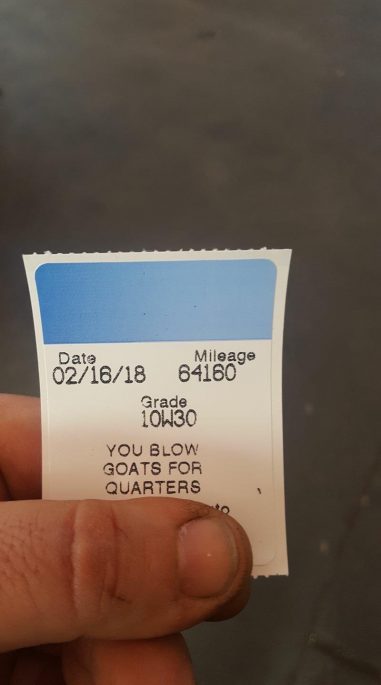 Sunrise Over Black: This 1978 Chevrolet Camaro Z28 Is An Eye-Grabber! When The Wheels Fall Off: Watch Daniel Wilkerson's Crazy Crash From The 2009 NHRA Memphis Event

3 thoughts on “Unknown Parts Counter Guy: Keep Your Retaliation To Yourself”