With This V8-Swapped Geo Metro, You Can Get To Know Your Self-Preservation Instinct! 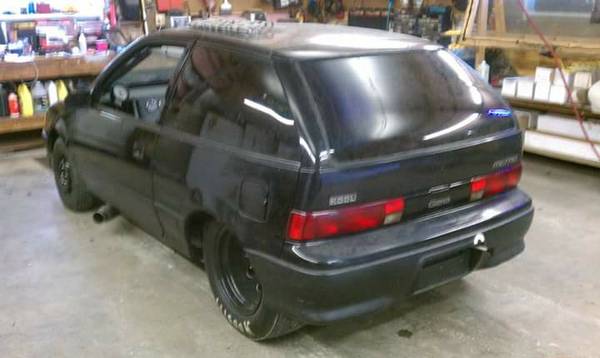 “Get To Know Geo.” That was the tagline, wasn’t it? One of two new nameplates added on to General Motors’ long list of brands, Geo was basically a front for GM to bring in Suzuki products into the U.S. without causing the instant uproar of “it’s a foreign car!” It was a soft approach, and it didn’t work out in the long run, but you knew what a Geo was meant to be: light weight, great fuel economy, purposeful transportation. The Geo Metro could pull MPG numbers that are still excellent today, but you paid the price for that frugality by driving a four-wheeled gumdrop. In 1994, “I drive a Geo Metro” was second only to erectile dysfunction on the list of reasons why you couldn’t get laid. If a car spoke about you as a person, a Metro said that you gave up on fun in the name of the dollar, that you could care less about what you were driving so long as it was cheap to fuel up and got you there.

Hard to believe it’s been about twenty years since you could find Geos on Chevrolet lots. Many have gone the way of the scrapper, but every once in a while you’ll find one barely hanging on to life. Or, like this black car proves, you’ll find one living a second life that neither GM nor Suzuki (the company that actually made the cars) could have ever predicted. You see, that lightness is very attractive for a hot-rodder, and so is the concept of taking the symbol of fuel economy and absolutely bastardizing it for speed. 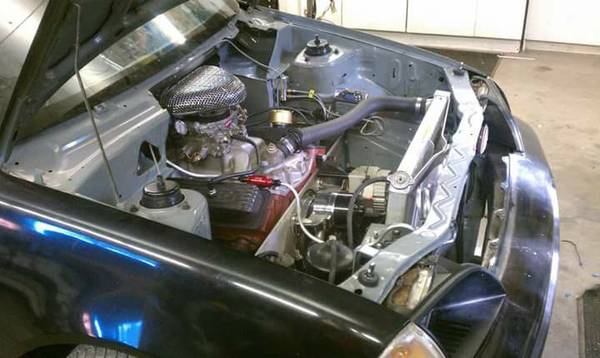 Where a three-cylinder with 45 angry hamsters running at full-speed once resided is now a 355ci Chevrolet small block that is running about 350 horsepower and is hooked to an automatic. Good in a Camaro, a recipe for stained shorts in a Metro. Tubbed with a 4-link setup, coil overs, and a narrowed Ford 9-inch out back, this 2200 pound lump of coal is enough to ruin anybody’s day…expecially since the build was originally designed for 750 horsepower. 26×10.5 Hoosier slicks try to keep things going in order, but we bet they lose that fight more often than not. Other than missing wipers, the car is still street able and plated. The harnesses are expired, but with over ten grand in parts receipts, never mind labor and the original cost of the car, we’d say that $6,500 is a solid deal. We’d also say that we’d really think about it before breathing near that gas pedal. 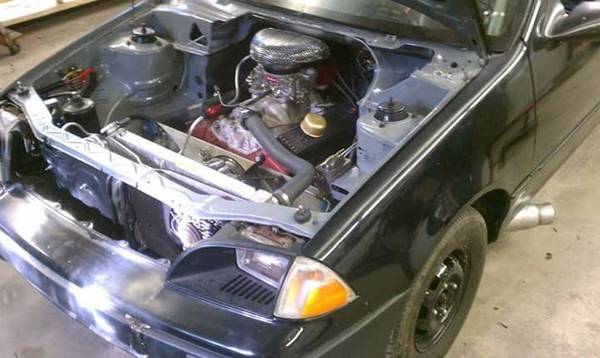 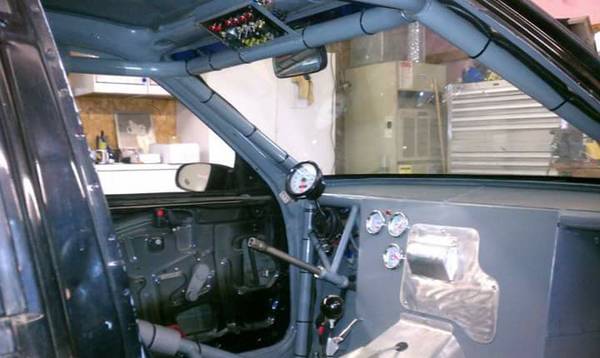 (Thanks to Cody Gabrenya for the tip!)

3 thoughts on “With This V8-Swapped Geo Metro, You Can Get To Know Your Self-Preservation Instinct!”