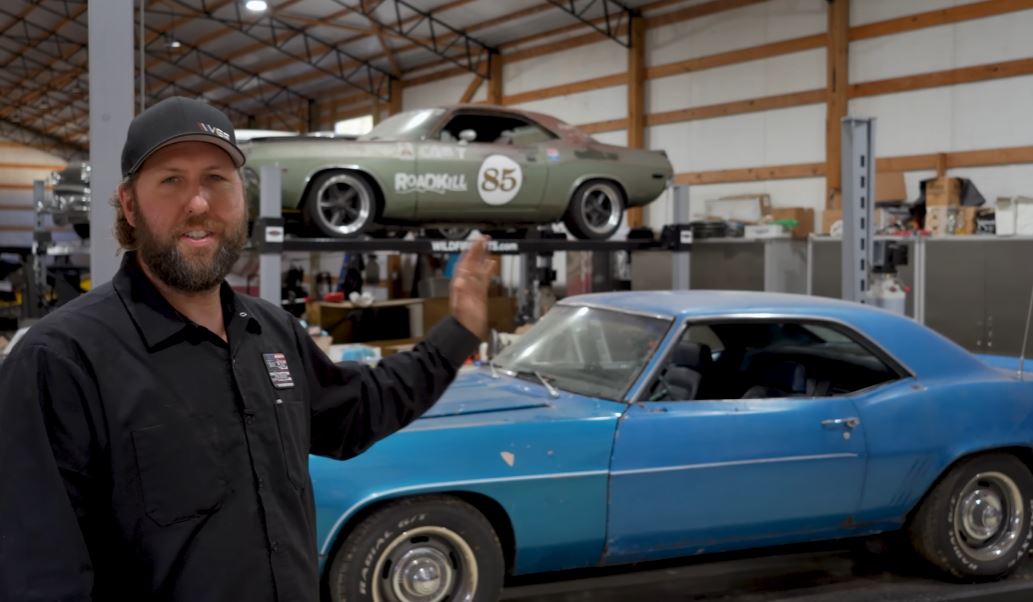 When I was 13, the 1969 Camaro Convertible which had been my dad and uncle’s drag car since I was 6, became my own. The two had split from racing together and my uncle had planned a full rebuild but the car had been sitting for a couple of years and he’d moved on. Before putting it up for sale he asked if we wanted it and a price was set and it came to our house. A year later, mom told me I could have it and build it for myself and that’s where it all began. I still have that car, will always have that car, and love it like no other inanimate object in my life. So I can completely relate to the joy that Derek’s son is experiencing in this video.

But this isn’t just any 1969 Camaro. Nope, this is one of the cars that started what has now become an insanely huge channel on YouTube. Watch, it’s cool. You’ll dig this one for sure.

This 1969 Chevrolet Camaro is from Episode 2 of Vice Grip Garage. The $100 307 finally gave up, so it’s time to give it a new heart, and someone new. We spent a few days engine swapping the Camaro, as well as fixing a few other mechanical issues before surprising my 12-year-old son.

The Alfarrari Project: Making It Steer After Swapping In A Ferrari Engine And Trans. The Iron Trap Crew STOLE And Revived A 1947 Ford Custom For The Ultimate Surprise