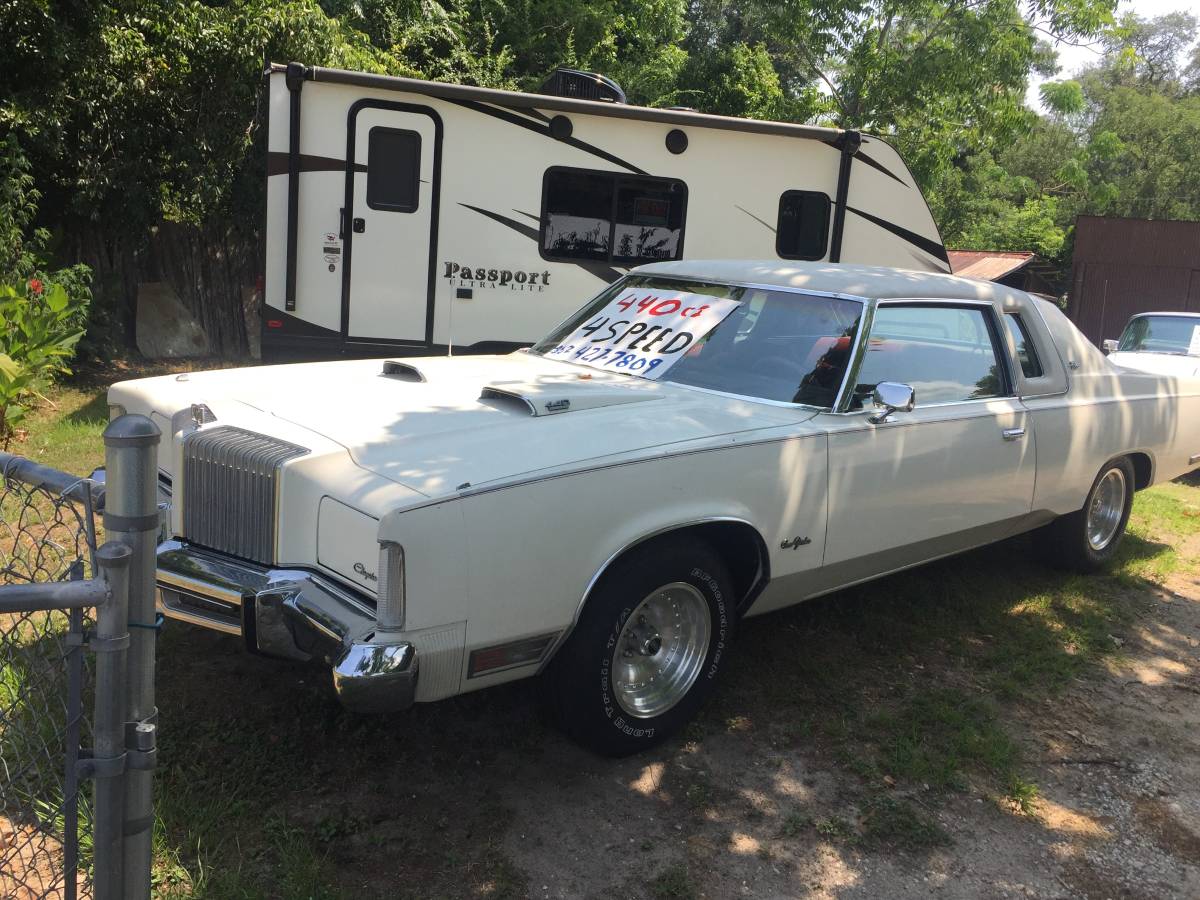 This car makes the rounds every few years and every time I see it, I twitch, because this would shut up my Mopar freak show itch permanently…If I could ever afford the damn thing when it’s for sale! I’ve known about this 1976 Chrysler New Yorker two-door for years now. We featured it back in 2015 when it was as close to Rough Start territory as it’s ever been (at the time, it was up for grabs for $5,995) and prior to that, I remember seeing the car flying around the forums looking dead-nuts stock except for the big-ass Hurst shifter that’s connected to the A833 four-gear sticking up from the floor. 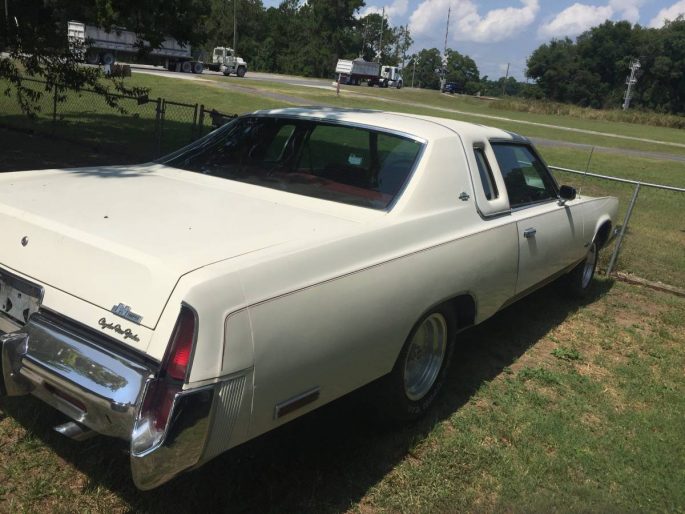 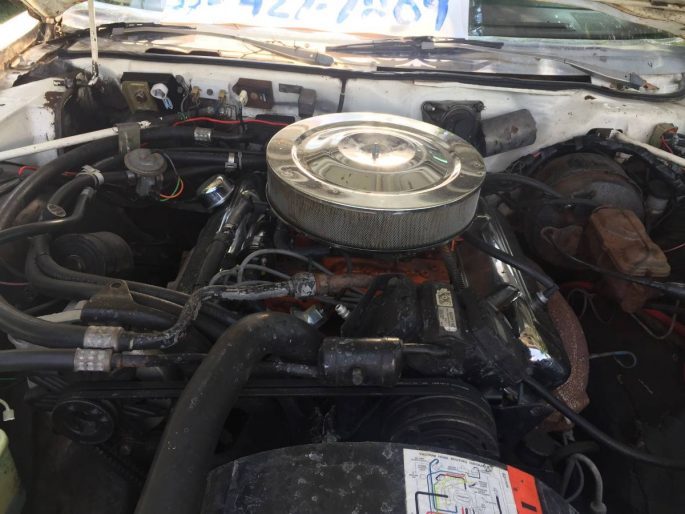 Overall, the New Yorker looks pretty much the same now as it did the last time we saw it…wearing Demon-like scoops on the hood, Auto Drags for wheels and enough white paint to cover a small airplane, the big shift-it-yerself Chrysler appears to have weathered well over the years. The big-body Chrysler lines were just about done in 1976, lasting only two more years before finally slipping below the waves like any other good battleship. You won’t be lacking for legroom anywhere in the cabin, and if you’re down on your luck you can convert the trunk into a comfortable studio apartment in short order…there’s enough room inside. 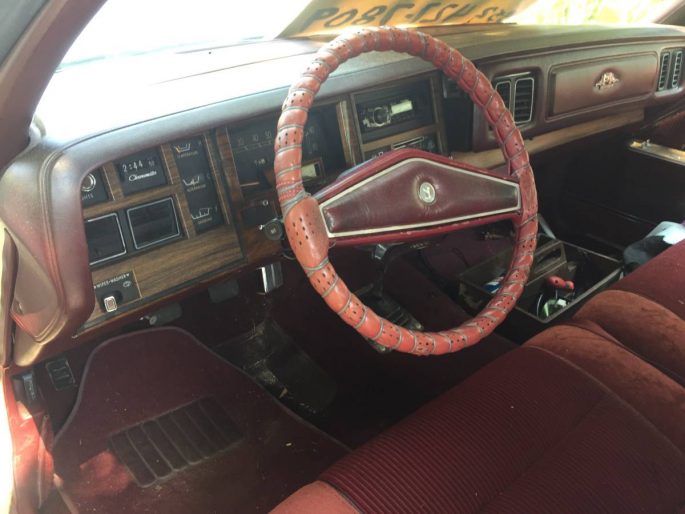 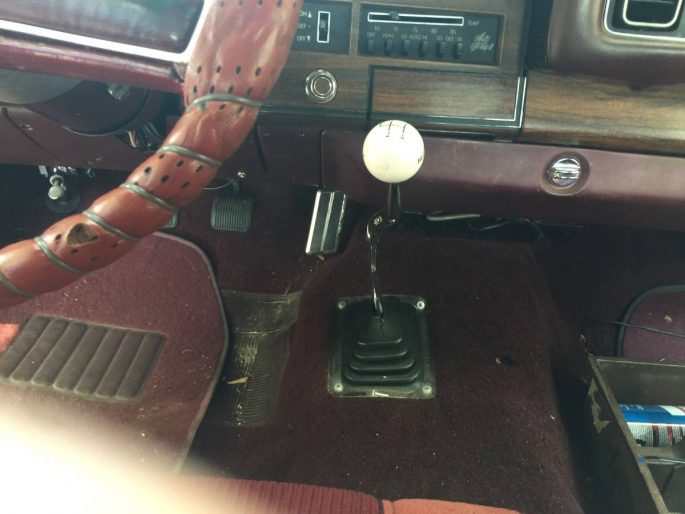 If it was me, I’d retire the four-speed and add another two forward gears for maximum Interstate cruising capability and any MPG gains I could find. The end. This machine is made for cruising and making it do anything else is just too far. But there’s one issue that needs to be addressed…the nearly 100% increase in price since we last saw the car. $10,500? Really? That’s a bit rich for our blood, but maybe, if we sell it right, maybe Mike Musto might be interested in a big-body cruiser for his collection. 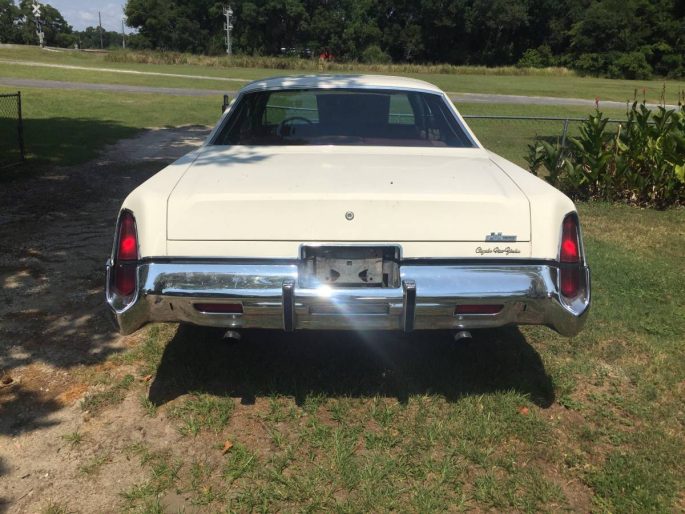 Mark Williams Has Parts Ready For Action And Axles With A 10 Year Warranty - Seriously! The Starting Point Of Stealth: The History Of The "HAVE BLUE" Stealth Fighter Project