Best of 2020: How Lee Iacocca Almost Got A Lamborghini Edition Chrysler Imperial 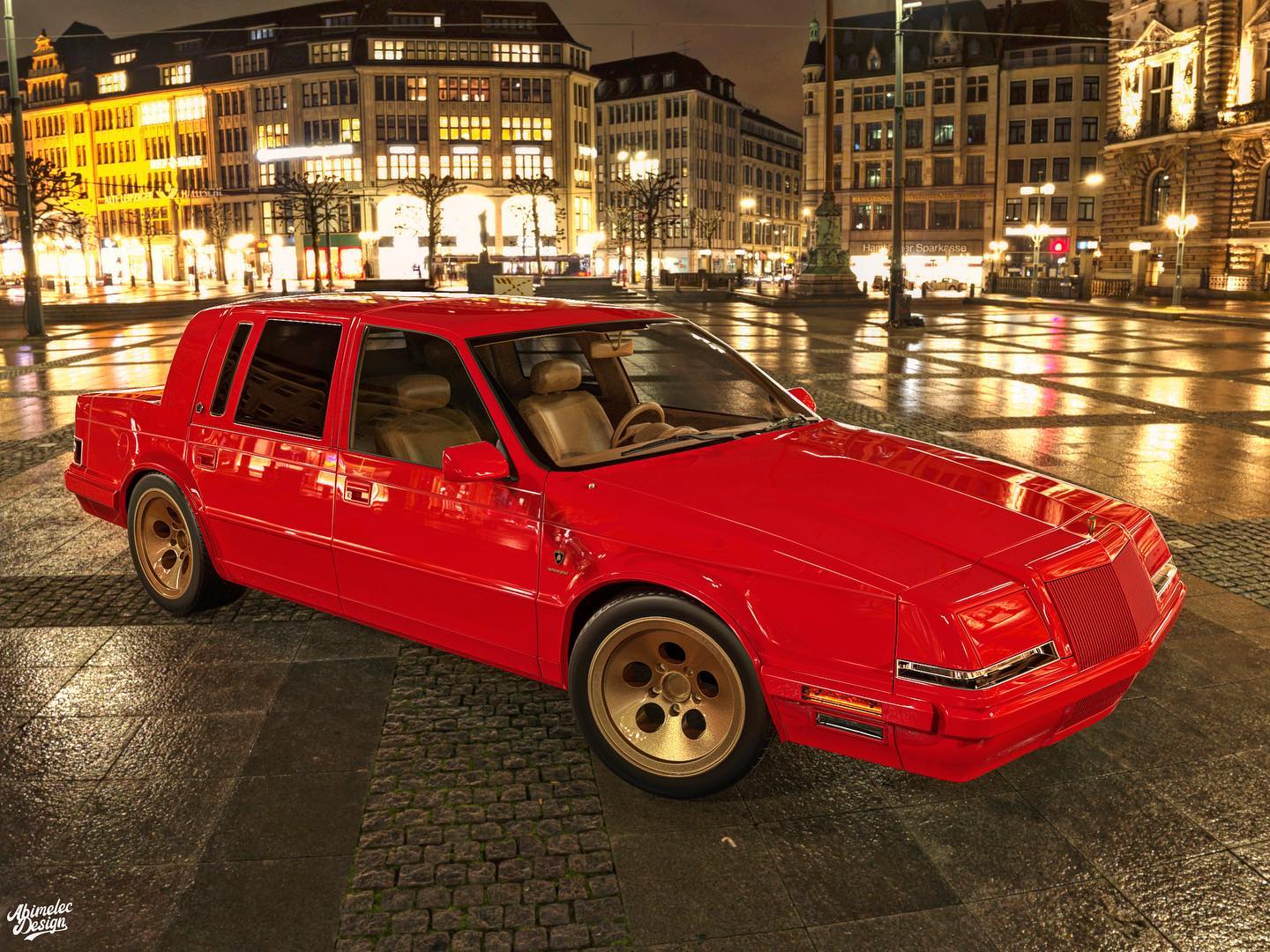 (Imperial and Daytona renderings: Abimelec Design) It would be unfair to say that Lee Iacocca wasn’t a genius. Over his almost half-century in the auto game, the man had a ton of credits to his name: the Ford Mustang and Mercury Cougar, the Chrysler K-car platform and minivans, and the acquisition of American Motors into the Chrysler fold before he retired out of Chrysler in 1992. The man had an uncanny knack for figuring out what the buying public wanted and delivering it right on time. But he also had another side, one that you can actually read from his time at Ford to the end of his career at Chrysler. Take the 1968 Continental Mark III, the 1976 Mercury Marquis, the 1981 Imperial, and the 1989 Chrysler New Yorker and you start to see a very similar vein of design that flows through the years. Lido liked hideaway headlights, a grille that seemed to ape Rolls-Royce, especially the “waterfall” Chrysler and Lincoln units, and enough gingerbread to build a Christmas village. For comparison, park one of the base models next to the full-fat version (for example, a 1987 Dodge Diplomat and a 1987 Chrysler Fifth Avenue) and the lengths to which Iacocca would go to doll up his dream machine stand out strongly: reshaped roof treatments, vinyl roofs to cover the window plugs, opera lights, chrome, and whatever trinketry was needed to justify the price were added. Style over substance was his winning recipe.

At the turn of the 1980s, Chrysler was on life support with a nurse standing by, ready to either slam a dose of adrenaline into the heart or the death certificate on hand. We know the story…Iacocca managed to score loan guarantees from the government, brought out the K-cars and the minivans, and managed to pull one of the most impressive corporate 180-degree spins to that point. By the mid 1980s, Chrysler was doing just fine, thank you. In fact,  they were doing well enough that in April 1987, Chrysler bought Lamborghini from the Mimran brothers for $25.2 million dollars. This wasn’t the first tie-up with an Italian brand that Chrysler attempted…in fact, it wasn’t even the second. The first was the Dodge Omni 024 DeTomaso, the second was the Chrysler TC by Maserati. Whatever Iacocca’s fascination with Italian nameplates was, it wasn’t going away anytime soon. 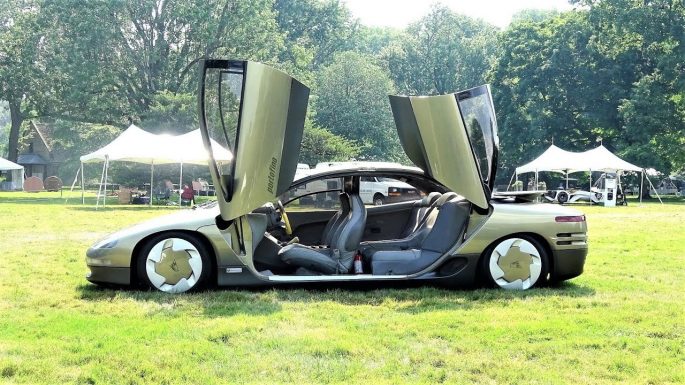 Chrysler’s ownership of Lamborghini lasted seven years, before Chrysler dumped the brand in 1994 while they tried to stir up some funds that they didn’t have. In those seven years, a few successes came to be: The 1987 Lamborghini Portofino concept produced a lot of 1990s Mopar styling design cues and inspired the overall shape of the first and second-generation LH sedans. Lamborghini tweaked the truck V-10 into the monster that gave the Dodge Viper it’s fangs, and vice-versa,  got the money needed to bring the Diablo to market, a success that the brand desperately needed at that time, and without heavy watering down from the parent company. If anything, putting Tom Gale to work on the Diablo project was beneficial to the program. 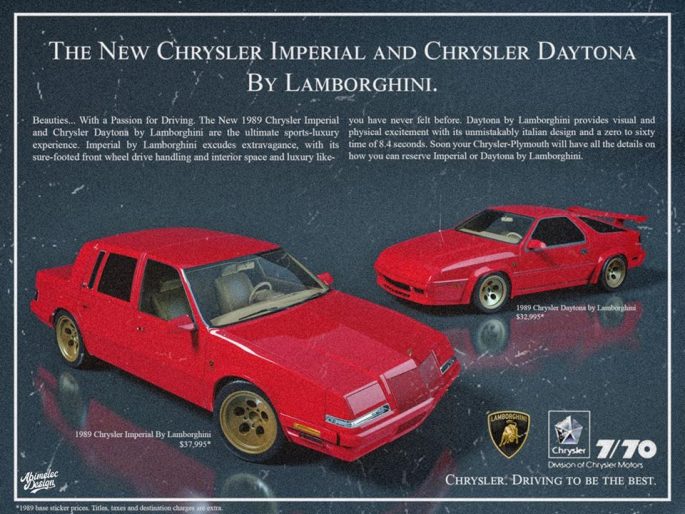 Now, with that history being told, you’re probably wondering what the f**k that rendering that caught your eye is all about. In 2019, Bob Lutz penned a piece for Road & Track that said it straight: “Chrysler Wanted a Lamborghini-Badged K-Car“. Dear God, why. Even at the moment Lambo entered the Mopar fold in 1987 the K-car had started to wear out it’s welcome. Iacocca had many good qualities, but like Lynn Townsend before him, once he found a success, he stuck with that sucker and rode the cash cow until the milk ran dry. According to Lutz, Iacocca wasn’t so bothered about Lamborghini making cars themselves, but instead he saw the name as yet another way to upmarket Chrysler products, a flashy, sporty, venue instead of the Maserati’s old-Italian luxury and whatever the DeTomaso Omni was supposed to be. Think about what Ford did with the Ghia name, and you’ve got the right idea. 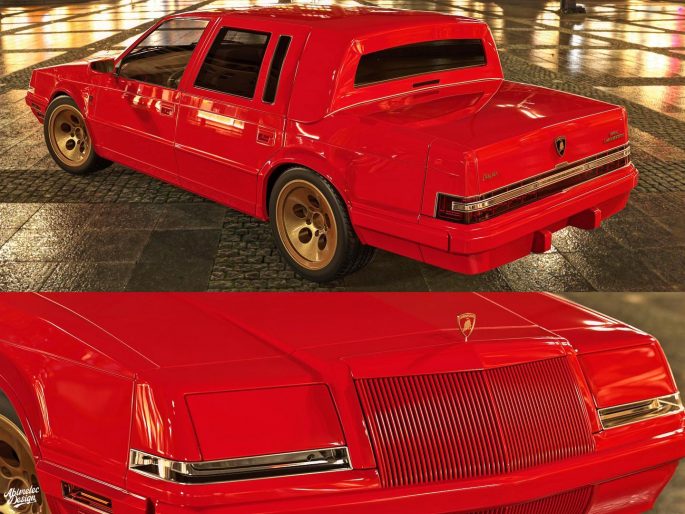 Tom Gale was frontman on this operation as well. Acting on advice given by Bob Lutz, he took the approach of “feed the glutton until it’s too much”. The Chrysler Imperial, a super-stretch K-car returning for 1990, was chosen as the target, because nothing says Italian speed like a 3.3L V6 and a self-destructo transaxle, right? In it’s standard form, it was quintessential Iacocca, super-fluffed, over-stuffed, and built on the bones of something basic and low-cost. To convert it to a Lamborghini Edition (gag), the vinyl roof went bye-bye, as did a few cows for the leather interior. Painted “Fottiti, agente” red, lowered, and fitted with Countach-sourced “phone dial” wheels, it was a one-off styling exercise that by sheer mercy alone never saw the light outside of the design studios. 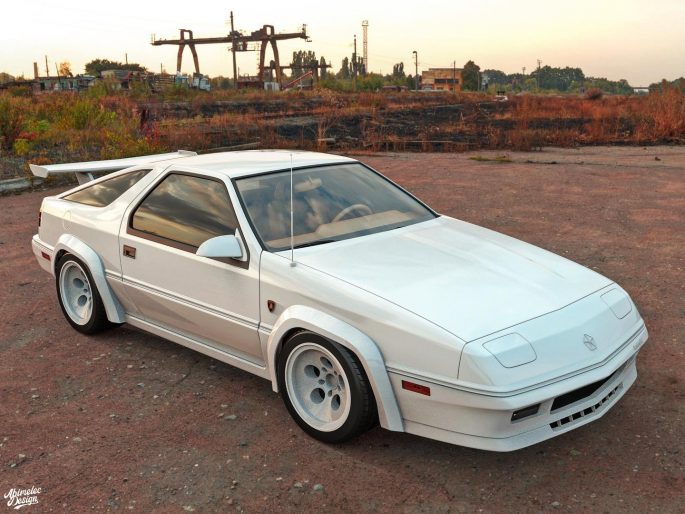 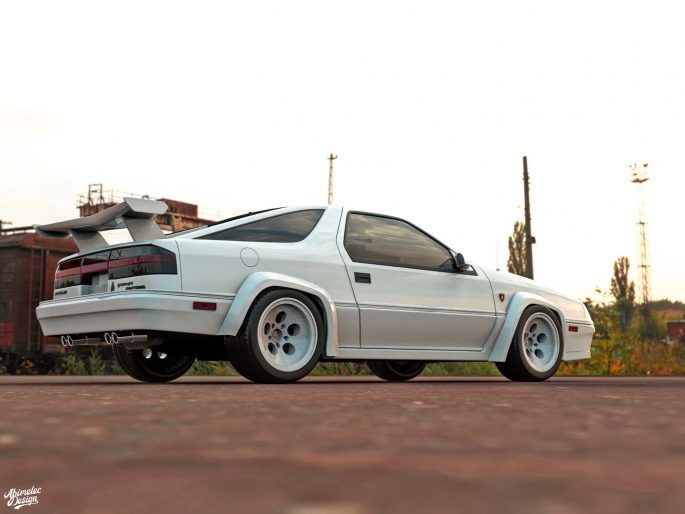 Now, could this have worked on another project? Technically, it almost happened: the Dodge Decepzione, a Jalpa V8-powered AWD Daytona, was in the works until it was evident that 1.5 inches of ground clearance under the oil pan was suboptimal. Fair is fair. But what about that AWD Daytona with some Jalpa or Countach styling touches and the 224-horsepower Turbo III four-cylinder that showed up in the Dodge Spirit R/T and Chrysler Phantom R/T? The ideas were wild, but if nothing else, Iacocca was always trying to figure out what that next, best thing was. Luckily, his last shot was the 1993 Jeep Grand Cherokee, and as usual, he couldn’t have timed that arrival any better if he tried.

Best of 2020: Early Camaro Cup Footage From Sweden Best of 2020: WRONG LEVER! A Passenger In A French Military Jet Thought The Eject Handle Was The "Oh, S***" Handle!

7 thoughts on “Best of 2020: How Lee Iacocca Almost Got A Lamborghini Edition Chrysler Imperial”