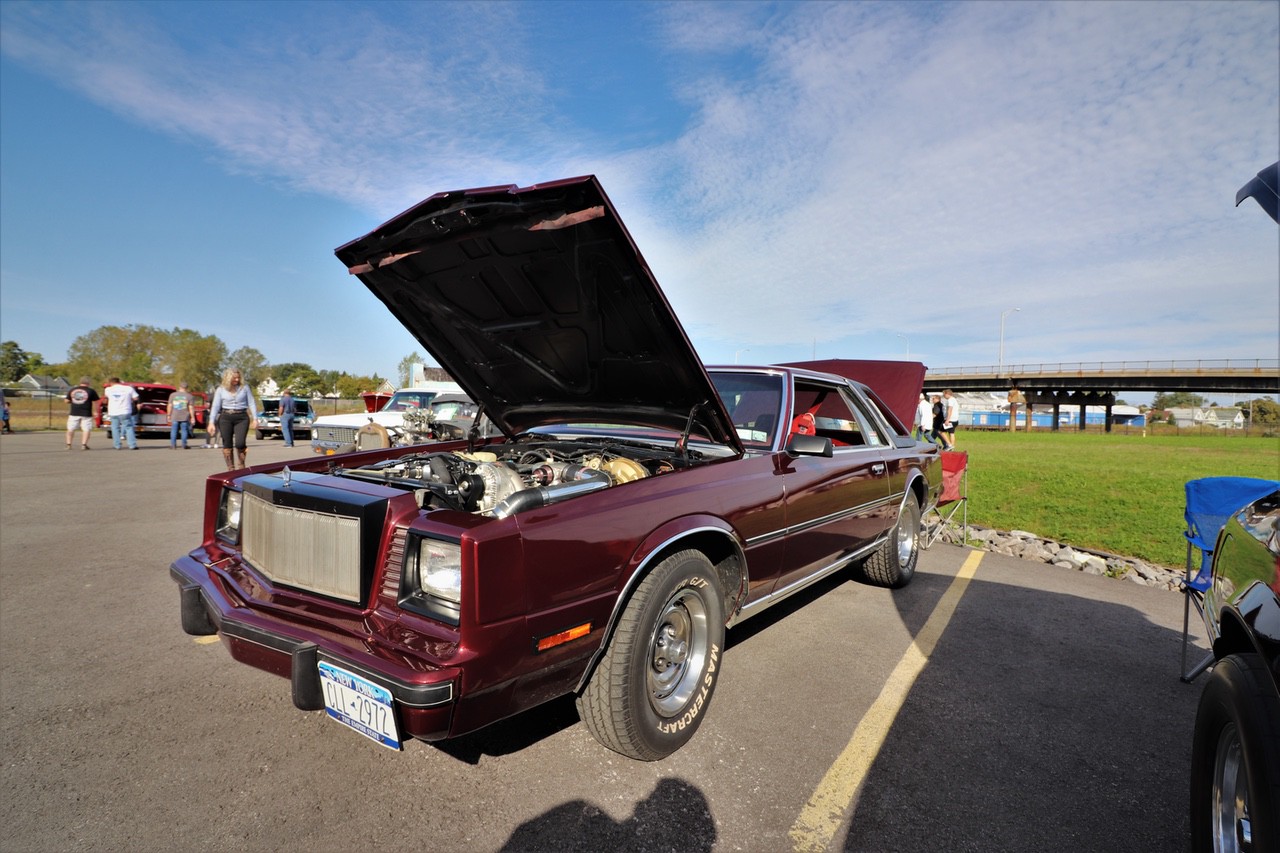 I knew, the moment that I saw Mike Brooks texted me, that I was going to see some kind of Mopar product. I didn’t even need to see a preview to know it was going to happen. The question was, what was it going to be? An Imperial or Mirada, to rub salt in some old wounds? Maybe something like my Charger that he found that was nice and clean? Maybe he found the elusive 1975 Road Runner that had a willing seller and a price well within the scope of reality. All I knew was that whatever it was, it would have been one of Ma Mopar’s more ignored children from 1975-1989, and that he had his target set the moment he hit “send” on the text.

I opened it up, and sure enough, we have a second-gen Chrysler Cordoba, a 1981 model year. The one J-body I haven’t owned out of the trio of coupes produced between 1980 and 1983, but since I’ve owned a Mirada, there isn’t much I’m missing. Other than a slightly different nose clip on the more formal models, it’s the same car. Unlike my Mirada, however, this one is nice and clean. So I start pawing through the photos, and the more I see the more confused and excited I’m getting. 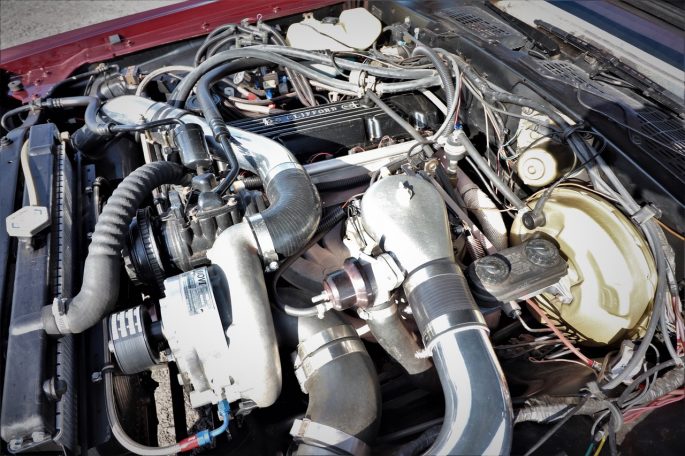 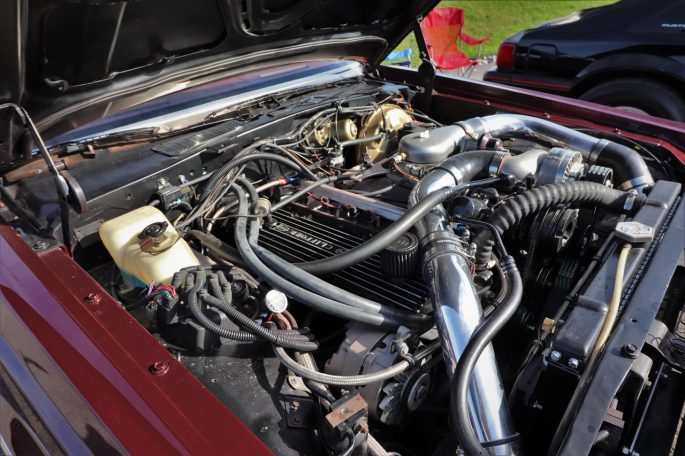 Let’s start with the engine bay of Paul Por’s Chrysler. The usual recipe involves a hot small-block Chrysler, somewhere between 340 and 410 cubic inches. The LA engines were the main engine for the J-car, with the Slant Six offered up as an economy offering. That valve cover is all about the angled six cylinder, but that isn’t too off-the-wall. It’s everything else attached to it that grabs your attention and leaves you with a pile of questions. What you’re looking at is a 231ci Slant Six that is punched .040 over. It uses Chrysler 2.2L pistons attached to forged beam rods, and it’s cranking out somewhere between about 250-300 horsepower via a Megasquirt EFI port injection system. Oh, and before we forget, a Paxton supercharger and an intercooler. That’s a hell of a sight better than the rare 1980-only 185 horsepower 360ci option the Cordoba got. 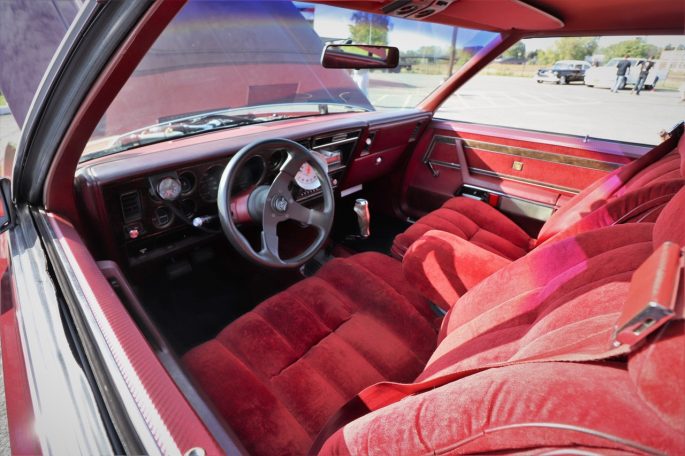 Speaking of options that you normally don’t see on Cordobas (or damn near any Chrysler RWD car made between 1975 and 1989), the automatic-only J-body has been fitted with a row-your-own box. Specifications are lacking here, but the Pistol Grip screams A-833 four-speed manual. We could be wrong…and that wouldn’t be a bad thing. Other interior changes include a tach and an air/fuel gauge, but everything else inside of Paul’s Cordoba is exactly as it should be…bright red velour upholstery and all. Say what you will, but nothing beats the soft, plush seating that Iacocca-era Chryslers can provide. On long road trips, your ass will thank you. 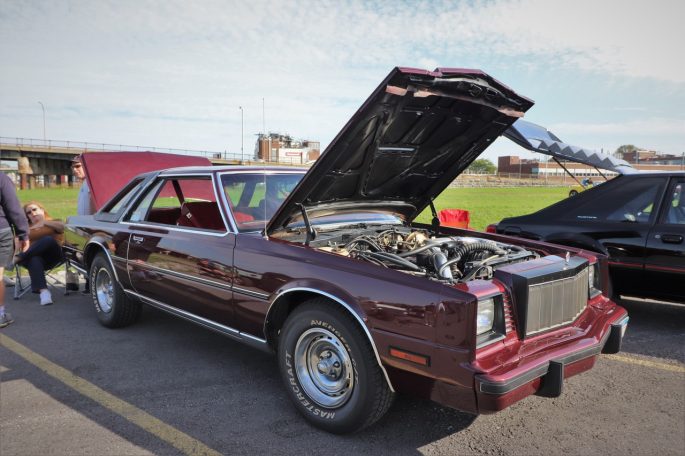 Paul’s Cordoba is an interesting meeting point. On the outside, apart from the darkening of what would have been brightwork and the Road Wheels sourced from a different Chrysler product, the Cordoba presents well. That has more to do with Paul’s handywork with a spray gun and the individual who re-did the vinyl roof for him. With everything closed, the only way the Chrysler stands out is the fact that it exists at all, let alone in the well-kept shape it’s in. But the build is what drives this one apart from any other FJM build I’ve ever seen. No V8 engine. Manual transmission swap. Port fuel injection. In food preparation, there is a big difference between someone who can follow a recipe to make a great dish, and someone who knows the ingredients that they are working with and how they apply to the food they are preparing. One can read a book, the other is a chef.

Where do you think Paul’s Cordoba falls? This is the end result of somebody who could’ve followed the recipe and wound up with something fine and dandy, but instead whipped up something completely off of the wall, yet absolutely wonderful in execution. 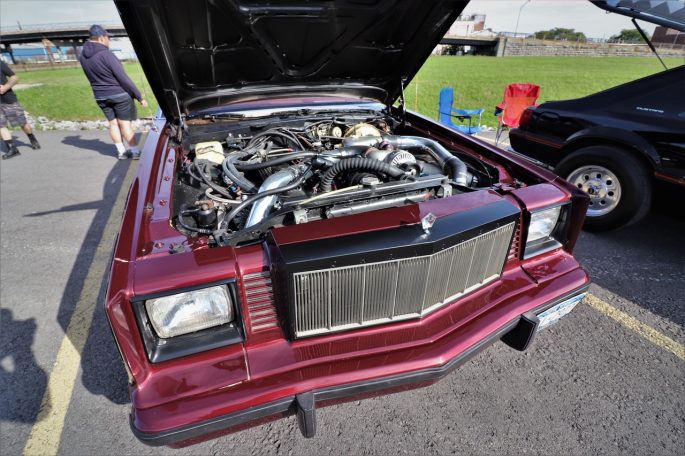