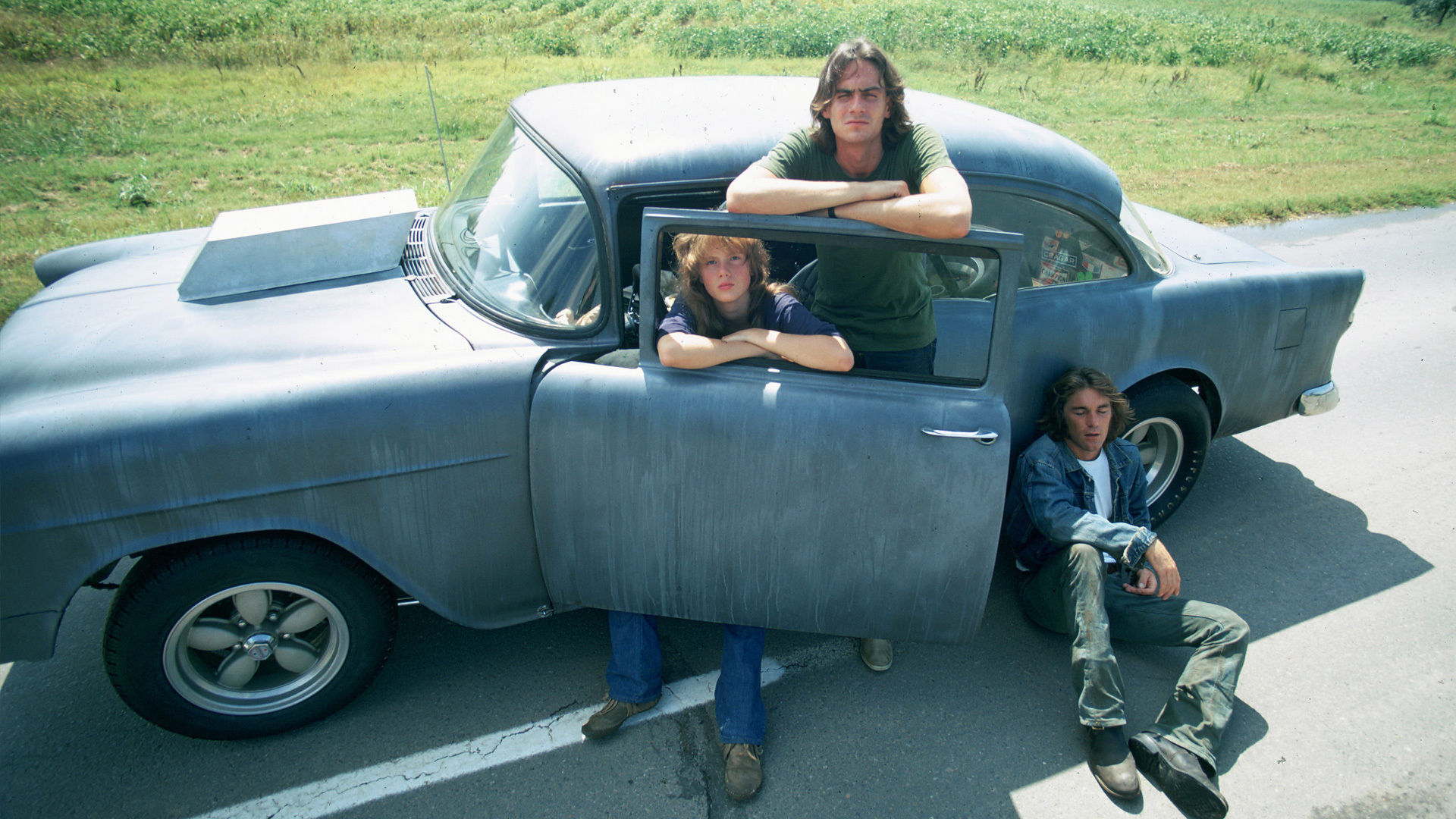 We know what you’re saying right now and it has lots of swear words in it. We’re good with that because this is death match that absolutely has to happen and you know it does too. There can only be one supreme 1955 Chevy movie car and the fact that both movies used the same damned cars isn’t letting us down one bit. Know why? Because this isn’t real, so just calm the eff down and let’s have a little fun. OK? Before we get into this shoebox slaughter, let’s look at yesterday’s hot Mustang on Mustang action (wait…that didn’t come out right).

As we mentioned above, this is a battle where two versions of the same car will be effecting fighting themselves. Think about that too long and blood will shoot from your ears. The good thing is that they aren’t exactly the same, so that could give the edge to one or the other. We’ll start with the black ’55 from American Graffiti. Bob Falfa lost the handle on this bitch while trying to take down John Milner for the title of “fastest in the valley”. Falfa’s ’55 was powered by a tunnel ram equipped 454ci big block Chevy engine, backed by a Turbo 400 transmission and an Olds rear end. The car was 100% steel and it hauled some ass as was evident in the move scenes that depicted it streaking across the screen while trying to intimidate John Milner in his 1932 Ford. The car has a four point roll bar, white tonneau cover where the back seat would be, small hood scoop that may have come from a Pontiac, Ford truck, or some other aftermarket company of the day. It wears chrome reverse wheels, has fuzzy dice, radiused rear wheel openings, and probably smells a little like the last babe that old Bob Falfa tagged in the front seat. The dude was obviously a player. Wonder what ever happened to the actor that played him in the movie. Falfa hurled cutting insults at Milner regarding his color choice for the 1932 Ford, but it was to no avail. The car was crashed on Paradise road (albeit when leading Milner) and burned up, melting Falfa’s tough guy persona like an overdone shrinky-dink. (Thankfully the car shown burning up in the movie was a junkyard hulk).

Revving the engine in this corner is the 1955 Chevy from Two Lane Blacktop. While it is true that the ’55 in American Graffiti was also in Two Lane there are differences! The main camera cars used in Two Lane were equipped with Muncie M-22 four speed transmissions, 4.88 geared Olds rear ends, one had an L-88 427 and the other had a 454 engine shipped straight from GM to Richard Ruth who built the cars. Other differences include the wheel/tire combo with mags instead of the chrome reverse pieces, fiberglass nose, trunk lid, and doors with sliding windows that looked to provide as much ventilation as those holes you poked into a sneaker box when you caught a frog as a kid, along with primer paint. Driven simply by a man known as “the driver” as played to James Taylor it was also street raced in pivotal scenes, but not crashed up like the Graffiti car. Taylor hurled more subtle and cutting insults at street racing foes during Two Lane especially when choosing off with the little old Chevy coupe at the drive in. He called the car “nice for a home built” and then “a two bit piece of junk”. The ol’ 55 then went out and kicked the little coupe’s ass in front of all the assembled throngs. The M-22 is one of the stars of the film if you’re a gearhead because you can hear it whining during all of the interior shots that were used in the final product. The car sounds wicked when being street raced and legally raced at a couple of drag strips in the film. Downsides? Apparently the thing needed to be jetted every 12 minutes per Dennis Wilson’s character who never once asked about food, shelter, money, or any other type of basic human need, instead he constantly worried about the jetting in the dual carbs atop the tunnel ram.  Could that be the flaw that the other car can capitalize on?

VOTE BY COMMENTING IN THE AREA BELOW AND TELLING US WHO WOULD WIN THIS BATTLE! IS IT THE ’55 FROM AMERICAN GRAFFITI OR THE ’55 FROM TWO LANE BLACKTOP? LET YOUR VOICE BE HEARD! 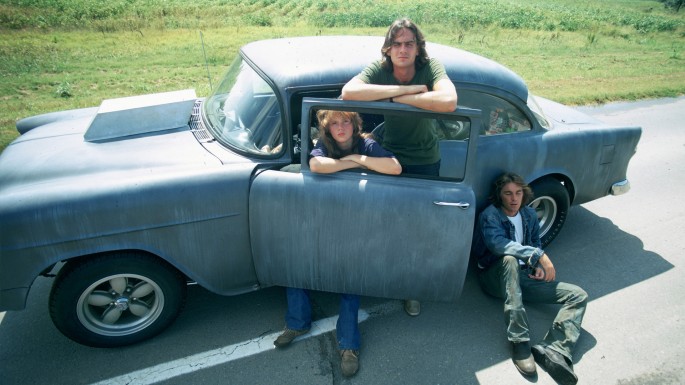 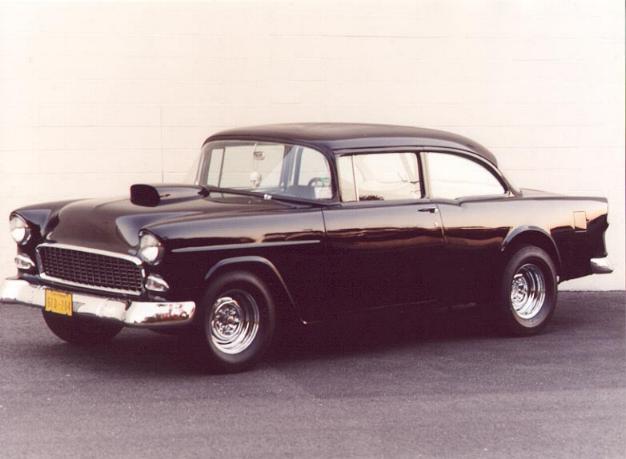