Classic Video: When A Marcus Ambrose Tire Returned To Its Family

Aug 04, 2016Eric RoodBangShift NewsComments Off on Classic Video: When A Marcus Ambrose Tire Returned To Its Family 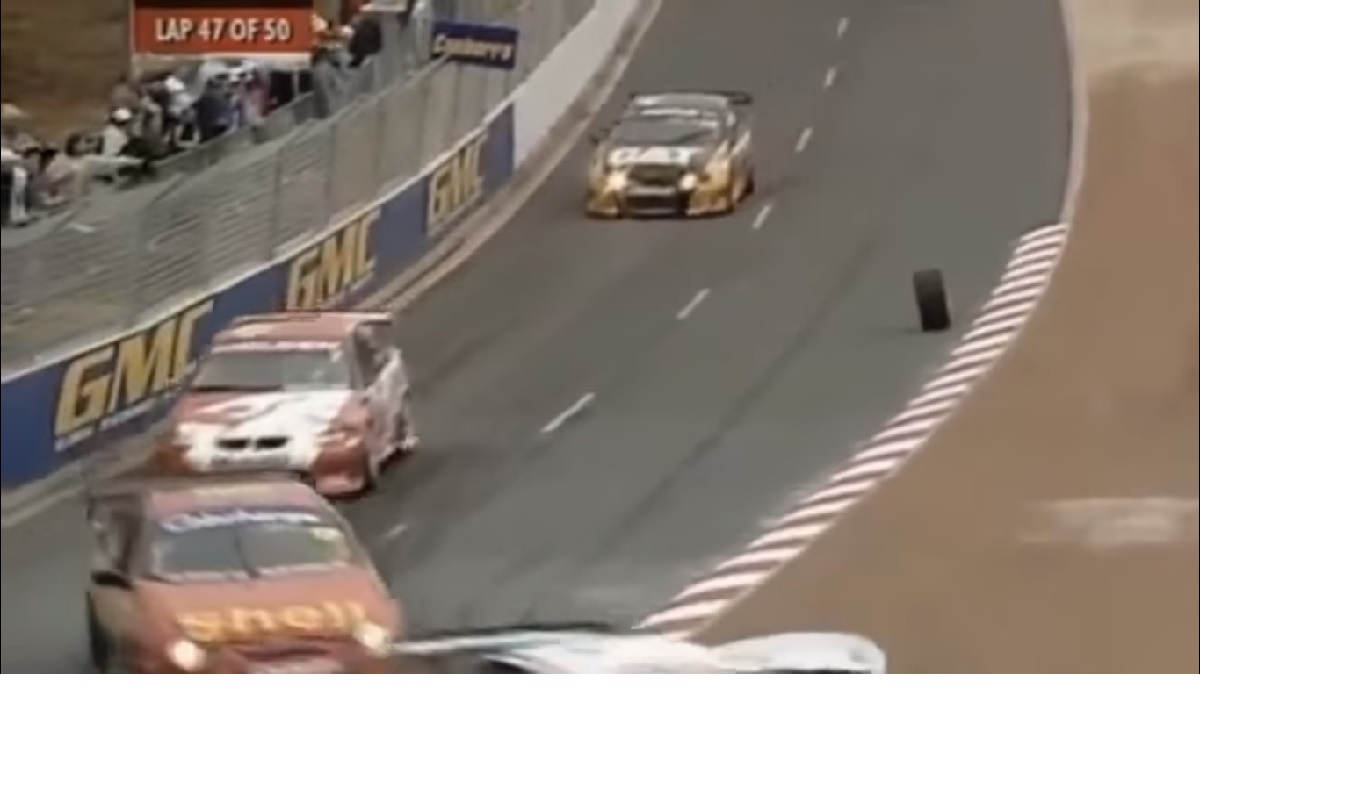 Some videos are just worth pulling up from the deep basement of internet car videos and this one from V8 Supercars in 2001 remains one of the greatest of all time. During that year’s Canberra 400 on the short-lived street circuit in the city, two-time V8 Supercar champion Marcus Ambrose struggled with a wheel hub, either from loose lug nuts or a broken hub. The wheel separates after Ambrose struggles to maintain control of his Pirtek Ford and once he’s got a 700-horsepower tricycle, he parks the Falcon safely in the runoff.

Meanwhile, his now-separated wheel rolling all the way down the short chute, guided down-track by the shallow curbing. A line of cars just sneak past the left-hand turn and the tire gets some air after going straight through the corner and bouncing off the curb. A couple skips later and the tire nestled safely into its home with the other rubber on the tire bundles.

Classic YouTube: This Supercharged, 5.0L Swapped Saab 900 Rules! Where Did This Car Go? Watch What Has To Be The Closest Grudge Race of 2016 - Apocalypse VS Fade2Black For HUGE Money