The World’s Fastest Cadillac Is Up For Auction: 409 mph At Bonneville With Lots More Potential 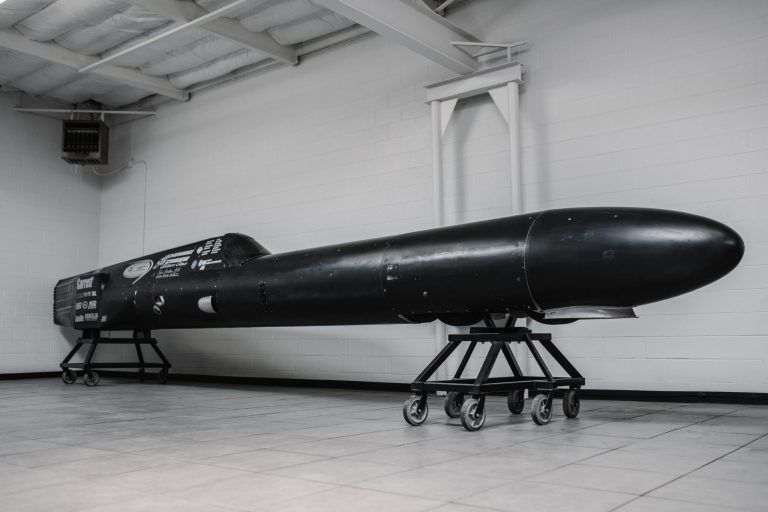 This one makes me sad and happy both. Sad because it is the end of a journey that I was a part of from the very early stages, but happy because I am hoping someone takes this rad machine and makes it do what it does best again. Go really f’ing fast. When Amir Rosenbaum and Scott Clark offered me a job running their special projects shop at Spectre Peformance in California back in 2007 there was no way I could have known how life changing that decision to move would be, which is a long story we don’t have time for here. But before the move, while helping on a few projects, I suggested to Amir that he go for something different to power the little streamliner he had purchased. I told him that anyone could go fast with a big block or Hemi and that he should think about doing something that made a splash. Anyone that knows Amir knows that put a spark in his eye. I then suggested we talk to Courtney at Cad Company in New Mexico. The rest of that story is a long process of testing and working together to make the little streamliner longer, more aerodynamic, and just better all the way around. Eventually it went to Performance Fabrication where the plans developed at Spectre were put into metal and the results were nothing short of awesome. 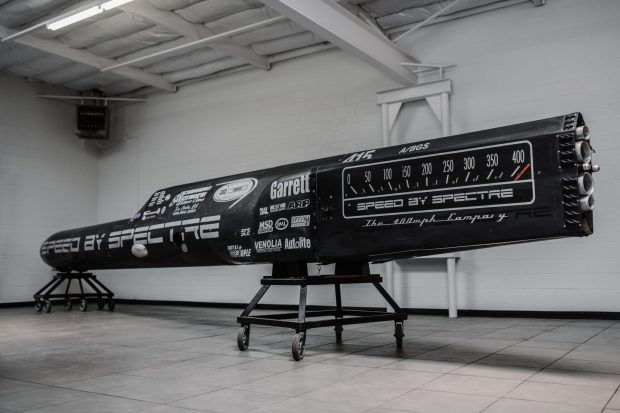 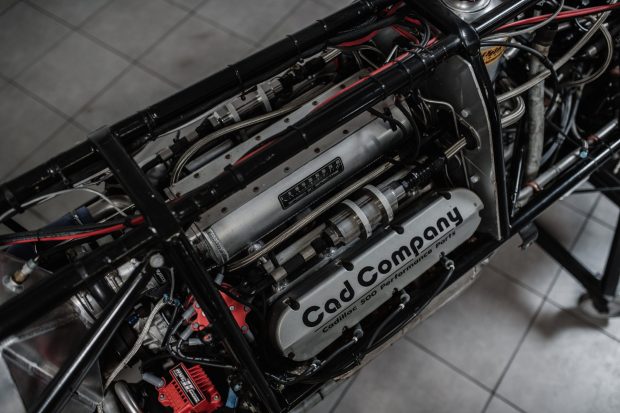 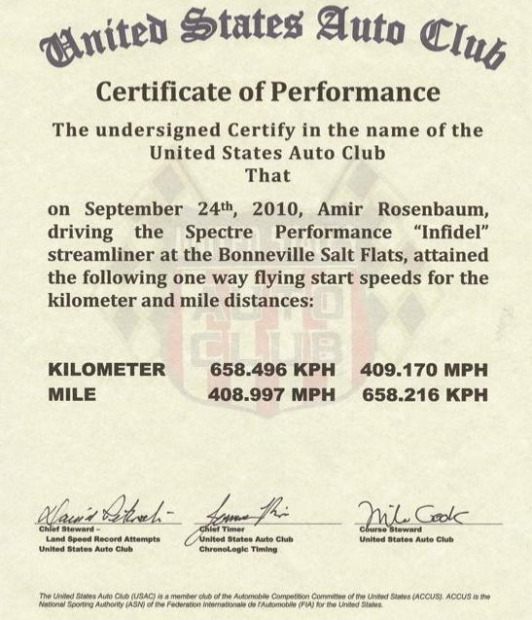 This car was fast. Is fast. It went over 400 mph a bunch of times, and did it a couple times with a small old school Caddy with a cast crank in it still! Courtney at Cad Company is a stud and he makes these bad ass old engines make killer power. It was a privilege to work with him on this thing and I love him for it. I’m not sure he thought it could be this good, but it was. And the power the car made was NEVER an issue. This car went straight, went true, and was a riot to watch go down the course.

I’ll let you read all the details on Bring A Trailer, but rest assured this thing is a bad ass. It’s up for auction and I hope it finds a great new home.

2 thoughts on “The World’s Fastest Cadillac Is Up For Auction: 409 mph At Bonneville With Lots More Potential”