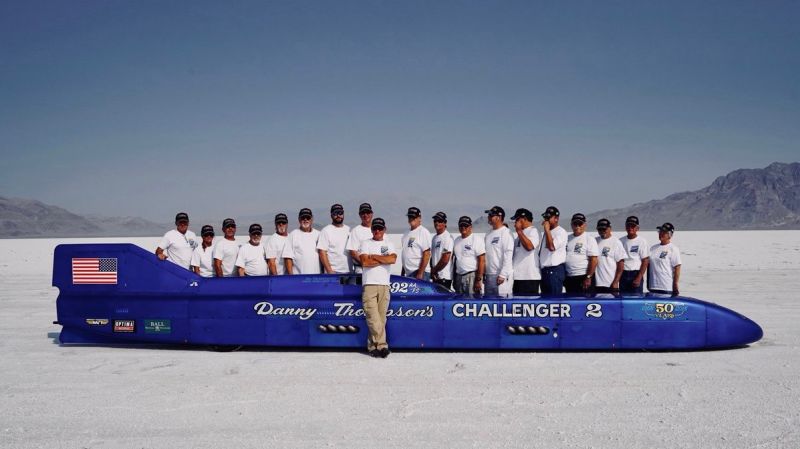 (Photo credit: Danny Thompson social media) – It was an incredible day of competition on the Bonneville Salt Flats, Sunday as speed marks fell left and right and one of the most significant records of the last 50 years was set. Danny Thompson, driving the revived version of a car his legendary father Mickey Thompson built 50 years ago, the Challenger 2 set a two run average of 448.757mph and blew his own AA/Fuel Streamliner record straight out of the water. This quest for 450mph has been a life consuming journey for Thompson who relies on a volunteer crew and crafty plans for running the Challenger 2 which is powered by a pair of injected nitro-burning Chrysler hemi engines. While the record books will show the 448.757 number on their pages, the huge eye opener was the record run having a 450.909 mph average in the fifth mile where he needed it to secure his spot in the history books.

While other competitors have made one way runs faster than this, Thompson now has the fastest standing record in the book and because of that is considered to be the driver and owner of the fastest piston driven car in the world. We have heard that Thompson plans to hang it up after this performance which was made in front of his 90 year old mother and that dedicated crew that he loves to rave about. We do not have confirmation on this fact and there’s another looming question that still hangs over the salt this week like the haze of smoke from the California wild fires.

What about Speed Demon?

The Poteet and Main Speed Demon crew has held the vaunted Hot Rod Magazine “Top Time” trophy for about a decade straight. Remember, there were a couple of weather cancellations that meant the thing was not award to anyone that particular year but at this point the Speed Demon is used to leaving with the honors but they are experiencing something that they are not used to dealing with. Big issues.

The team is on their third engine in basically as many days having experienced issues with their smallest “E” motor, had problems of unknown severity with their “A” motor, and have installed their “B” motor for Monday competition. These guys will definitely exhaust every part and opportunity to wrest back the top speed trophy from Thompson if given the chance. That raises another question.

We do not know if the Challenger will turn a wheel on the salt again this week. We do not know if Thompson would try to answer a salvo fired by the Speed Demon team later in the week or as early as tomorrow to keep the hopes of leaving with the trophy alive. It’ll be something to watch and we’ll be front and center!

A huge congratulations to Danny Thompson and his entire team for one of the great and incredible American motorsports accomplishments of the last 50 years. If there was every any doubt about the Thompson family legacy with regard to its place in the historic halls of speed, this settles it immediately! 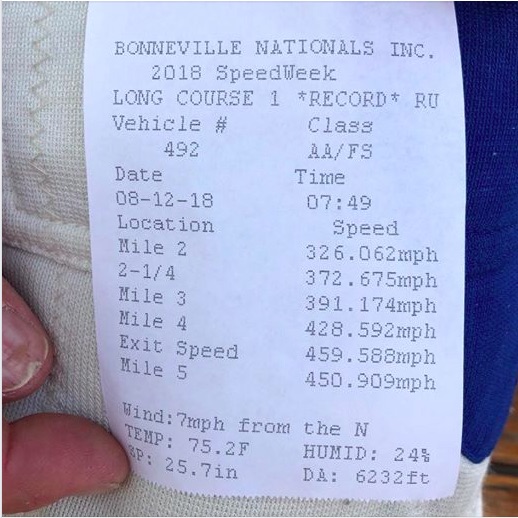 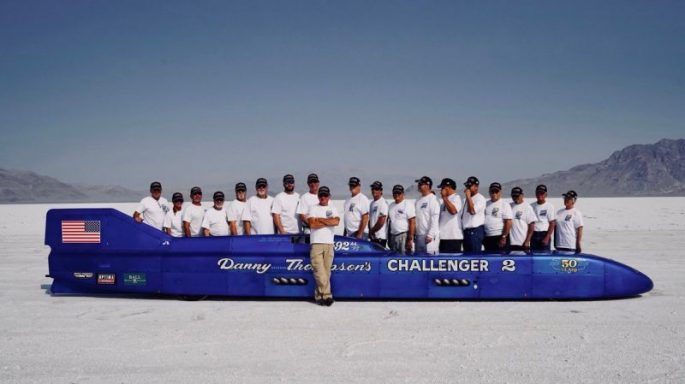 Now THIS Is A Power Wagon: The Heavy Metal '53 Dodge Power Wagon Pulling Truck Is For Sale On RacingJunk The Motorpool Mutt: Putting A Deuce And A Half On A Tough-Truck Course Was A Great Idea!