Speedhunters’ “Project Yankee” Dart Is Up On The Auction Block! Move Quick For This 3G Hemi-Powered A-body! 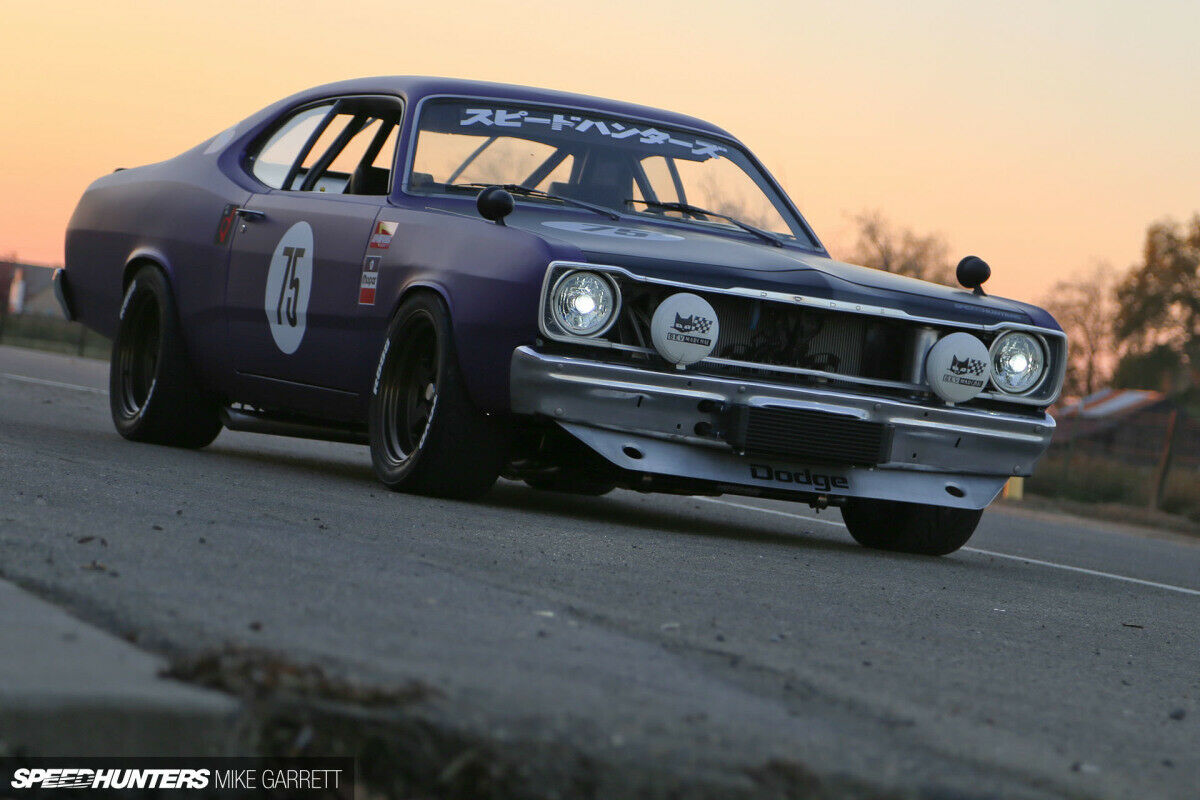 When I learned that this particular car was going to be at the 2016 SEMA show, I sought it out. I had been watching the build on Speedhunters, from the moment that Mike Garrett dragged the 1975 Dodge Dart Sport into his yard until the moment I knew it would be in the FCA footprint. I had to see this for myself, a mix of American muscle and Japanese tastes that didn’t look like a dajiban Ram Van. In person, it worked…mostly. I can’t say I was sold on the wrap or the external oil cooler, but that’s nit-picking…the “Project Yankee” Dodge was always going to be a mix between Japanese influences and American tastes. Those are two radically different worlds, but Garrett brought them together in a pretty solid way. It looks like a take on a Cannonball Run movie car, if I’m honest…the Sev Marchal lights and the airdam up front make me think of the Camaro that Gary Busey drove. 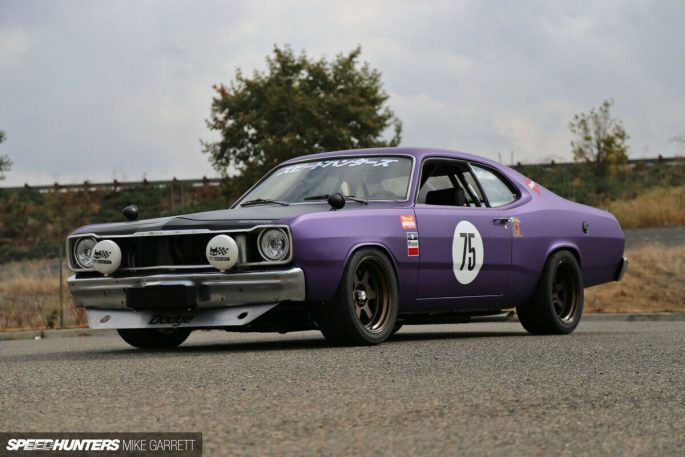 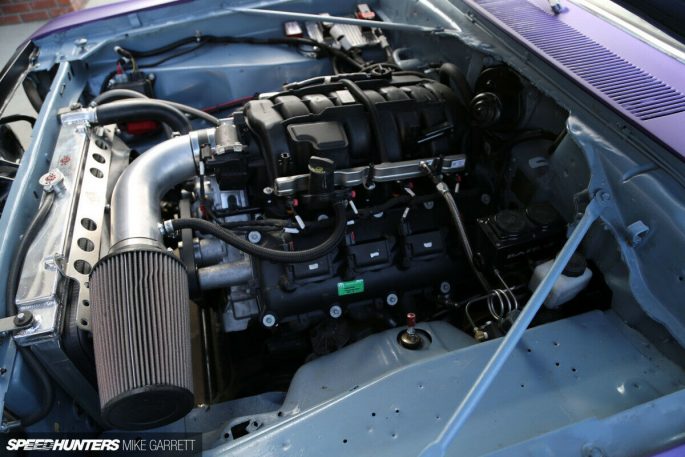 Without a doubt, it’ll go quite nicely. The Dart is packing a crate 5.7L 345 Crate Hemi from Mopar, which is rated at 383 horsepower and 417 ft/lbs of torque, running through a plug-and-play system that handles the engine’s electronics. A freshened A833OD four-gear handles the punishment via a McLeod clutch and flywheel setup, and an 8.75 rear axle with 3.73 gears and Yukon axles will turn and burn. A full Hotchkis TVS suspension kit, a close-ratio manual steering box, Baer brakes and Rays TE37V wheels on Toyo rubber handle the fun. Subframe connectors that haven’t been installed are included with the deal. 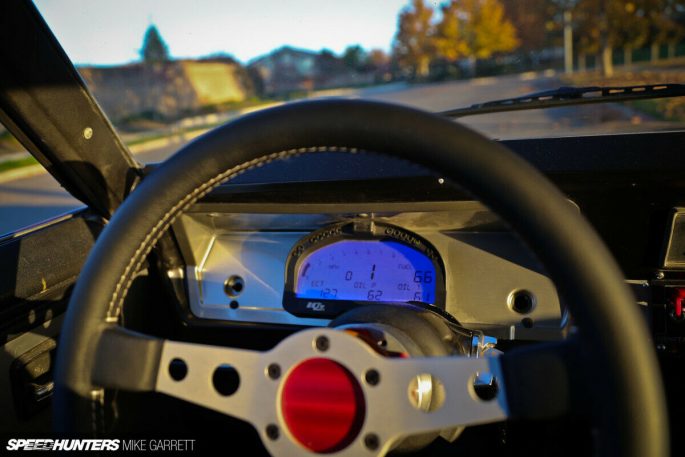 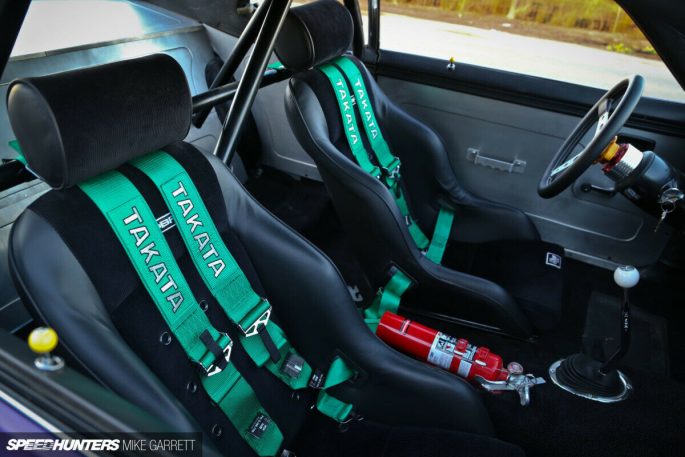 We might consider re-wrapping the car or painting it something a little more American (personally, I’m picturing a pseudo-Trans Am livery in Tor-Red with Dart Sport 360 stripes) but overall, this is a Mopar fan’s wish list come to life. Well…so long as you aren’t into numbers-matching restorations or anything like that. It’s an A-body…the car you have to have fun with!

To review the Project Yankee story line, CLICK HERE to check out everything on Speedhunters! 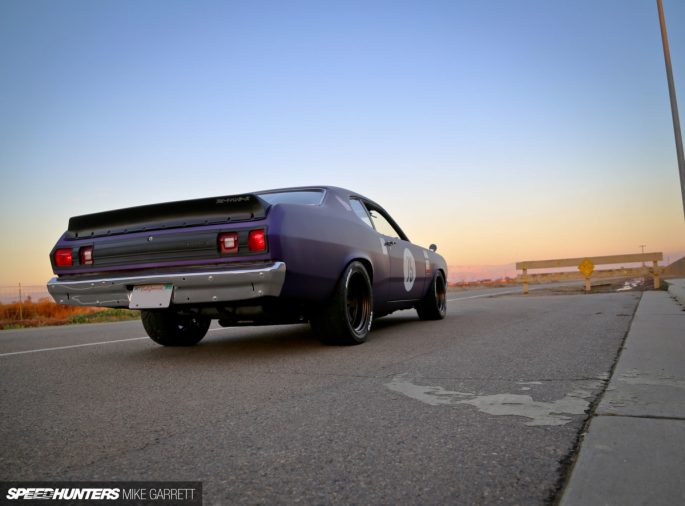 Finnegan Shows Off The Death Metal Charger, Lights Stuff On Fire, And Wonders If His Stuff Will Blow Up Or Not Blueprint Engines Drops The Price On Their 530 Horsepower LS3 Crate Engine By $1300!

3 thoughts on “Speedhunters’ “Project Yankee” Dart Is Up On The Auction Block! Move Quick For This 3G Hemi-Powered A-body!”