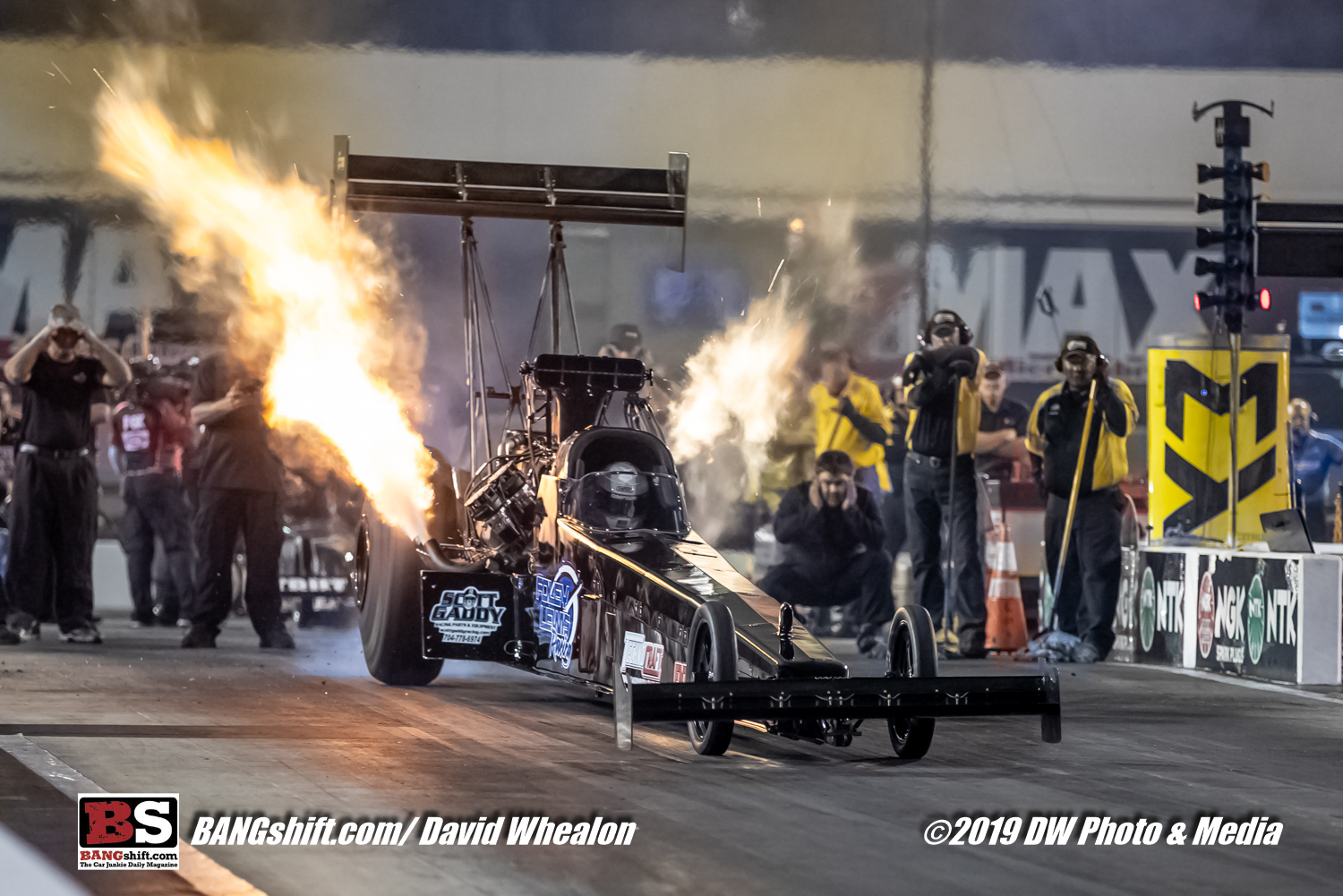 (Photos by David Whealon) – The 2019 NHRA Carolina Nationals ran into overtime. Driving rains on Sunday forced all the professional categories to be contested on Monday. NHRA officials ran all of the sportsman classes (virtually all) to conclusion on Saturday evening clearing a path that would be swift on Monday for eliminations. Compounding the issue at Charlotte was the fact that the series tour was set for back to back weeks of action and the second one was going to be contested in Dallas, Texas which is not all that close to Charlotte. A handful of teams with volunteer crews could not stay so they loaded up and headed home. It was a hardcore Monday and some fans took advantage of the extra day of fun we had for sure.

It was pretty crazy to see those teams which had ben knocked out to already be leaving the premises shortly after being eliminated. That’s not normally how it goes at a national event on Sunday but these were special circumstances and the timeline was tight for everyone.

One thought on “2019 NHRA Carolina Nationals Action Photos: The NHRA Season Is Almost Over, The Action Is Still Red Hot!”