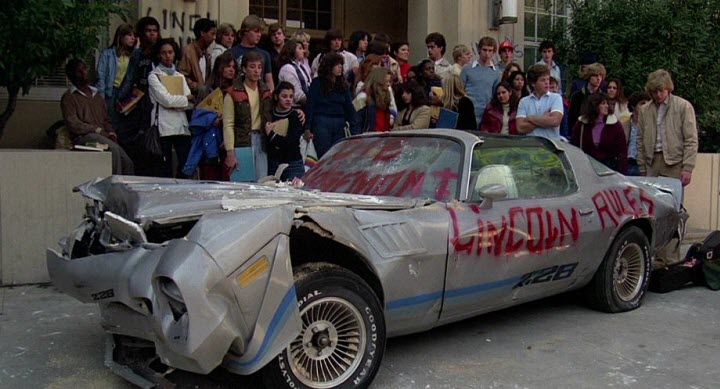 It’s taking “All-original” to the max. Barrett-Jackson today announced that it will be selling the silver 1979 Z/28 wrecked by Sean “Jeff Spicoli” Penn at its April 11th Palm Beach Auction. “We’ve seen cars from the Batmobile to the ECTO-1 from Ghostbusters sell for record-setting prices,” noted Barrett-Jackson CEO Craig Jackson in a press release this week, “but we’ve never seen a car in this remarkably original condition.” 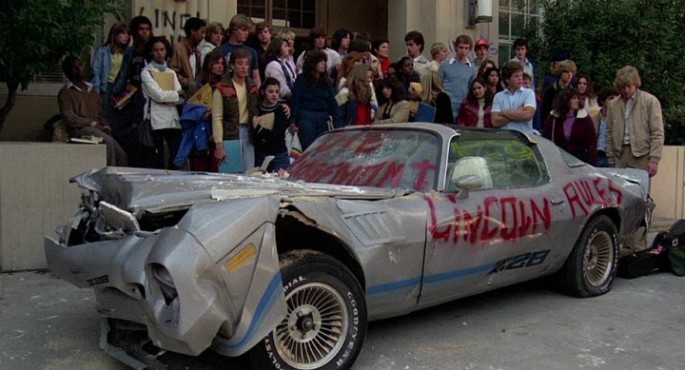 The 1979 Z/28 was discovered behind a Motel 6 in Chatsworth, California, in 2013, where it was flatbedded immediately after the filming of the movie. 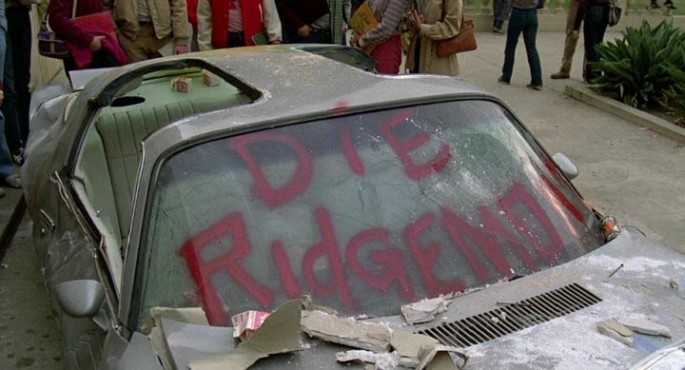 Thirty five years later, it still wears the “Die Ridgemont” and “Lincoln Rules” red spraypaint from the original filming of the movie. It also comes with a letter of authenticity signed by Key Grip John Linder, who originally hand-lettered the graffiti.

“We’re thrilled to be offering such an incredible example of American cinema history,” notes Craig Jackson. 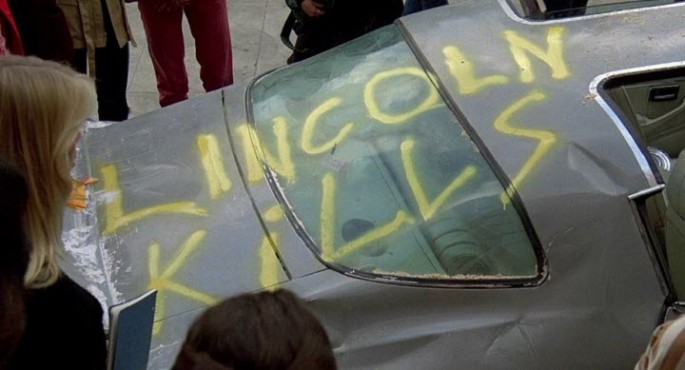 The Barrett-Jackson Palm Beach Auction is scheduled to run from April 11 to April 13, 2014, and the Ridgemont High car will run on Friday night at 8:30 PM on Fox Sports.