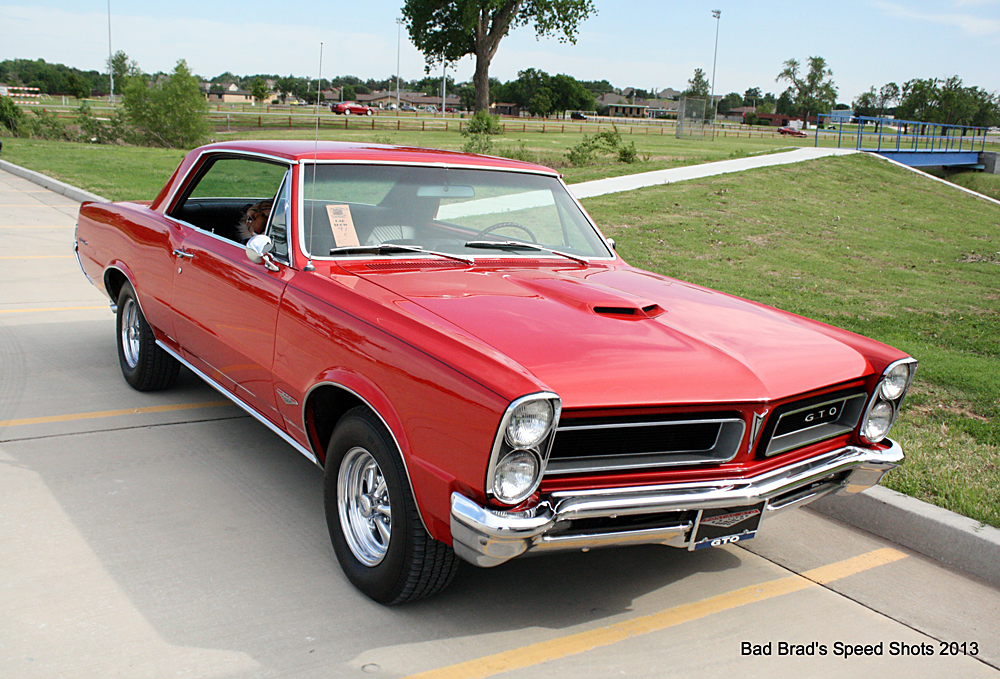 (Words and Photos By Brad Klaasen) Small Town Weekend is an annual event held in El Reno, Oklahoma, that exemplifies what Oklahomans are all about. Not only does this non-profit event benefit Oklahomans in need, but it provides an annual venue for gear heads to ogle cool cars in both a car show and cruise setting. The event also includes a burnout competition along with super fast drag machines burning up the Mother Road, Route 66. This legendary two lane concrete ribbon built to move the masses from coast to coast bisects right through the heart of El Reno making it a perfect setting every year for the Small Town Weekend event. 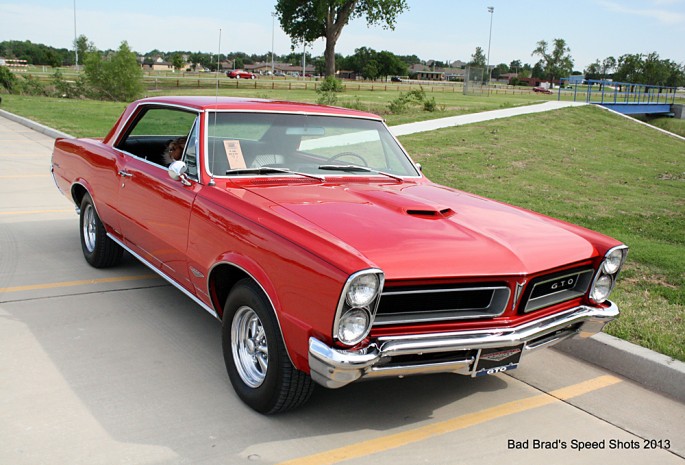 This year’s Small Town Weekend faced numerous challenges. As many of you know, central Oklahoma was devastated by killer tornadoes on several occasions over the past month and El Reno, Oklahoma was no exception. This small town city was hit by what has now been confirmed by the National Weather Service as the largest F5 tornado ever documented in history at over 2 ½ miles wide. Talk about a path of death and destruction. Fortunately, El Reno fared much better than Moore, Oklahoma, but plenty of damage did occur leaving the Small Town Weekend organizers scrambling to make scheduling changes in order for the event to go off without a hitch.
Oklahoma’s are a resilient bunch of folks used to hardships like the dust bowl and tornados, so there was no stopping the Small Town Weekend event from happening just like it has for the past 15 years. This event doesn’t take place without the support of city officials and numerous volunteers and that was especially true for this storm stricken year. But, Mayor Matt White and City Manager Tony Rivera both agreed the show must go on. And that’s just what happened. Jeremy Robertson and Gene Thomas, the Route 66 drag race organizers made sure all was in place for their event, while El Reno Fraternal Order of Police organized and ran the burnout competition, just like usual thanks to Chief of Police Ken Brown and Asst. Chief of Police Kevin Wilkerson. Their staff also does a fantastic job with crowd control as well making sure everyone stays safe and out of harms way. The Small Town Weekend was once again a huge success thanks to Scotty Higgins Backhoe Service for setting up all the concrete barriers for the drag races on the Route 66 temporary drag strip along with George Cruise’s Hazmat Team. The City of El Reno’s Fire Chief, Kent Lagaly and his crew along with the EMT staff from Mercy Hospital El Reno were also there to provide assistance for anyone in need. And special thanks as always must go out to the El Reno Cruisers Club for staring this event 15 years ago and continuing to run a fantastic car show and cruise. It’s so cool to see people hanging out on their front yards and lining both sides of Route 66 in the evening to see all the fantastic cars pass by. 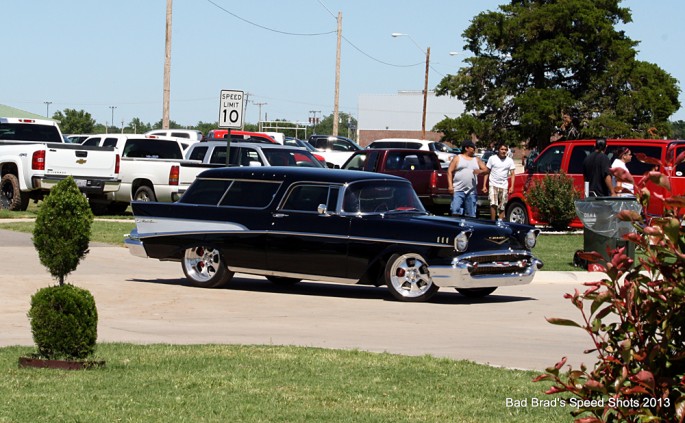 The 2013 Small Town Weekend in El Reno was another huge success with even more fan and car participation than ever before, despite the devastation many were facing during this year’s event. In some ways this year’s Small Town Weekend may have been the most important one ever held for many because it allowed them to forget about their troubles for a while and enjoy some fun in the sun while checking out beautiful show machines and action packed racing. Talk about a great stress reliever. Thousands of fans toured the car show and even more enjoyed the Route 66 cruise, and over 120 drag machines turned out for the Route 66 fun drags. This non-profit event charges every drag machine $20 to make as many passes as they can lay down Route 66 in 3 hours and then the organizers have to shut it down because remember, this temporary drag strip is just that. The Mother Road has to get back open and do its thing too. And at the end of the event 100% of the drag racers entry fees are give to the El Reno Fraternal Order of Police to distribute to people in need. This year that need couldn’t have been greater for two families that lost everything in the storms and received the proceeds of this year’s drag races.
So, if you’re ever near El Reno, Oklahoma, during the first weekend in June make plans now to check out the Small Town Weekend. It’s got something for everyone and it’s not just a car show or drag racing venue. This event is being put on by people that care about their community, their neighbors and friends. The vibe at the Small Town Weekend is just what hanging in a small town should feel like with the perfect combination of super cool goodness to make this a bad to the bone event to attend. This was my first Small Town Weekend and I can assure you it won’t be my last. So I’ll see you next year for STW 2014.