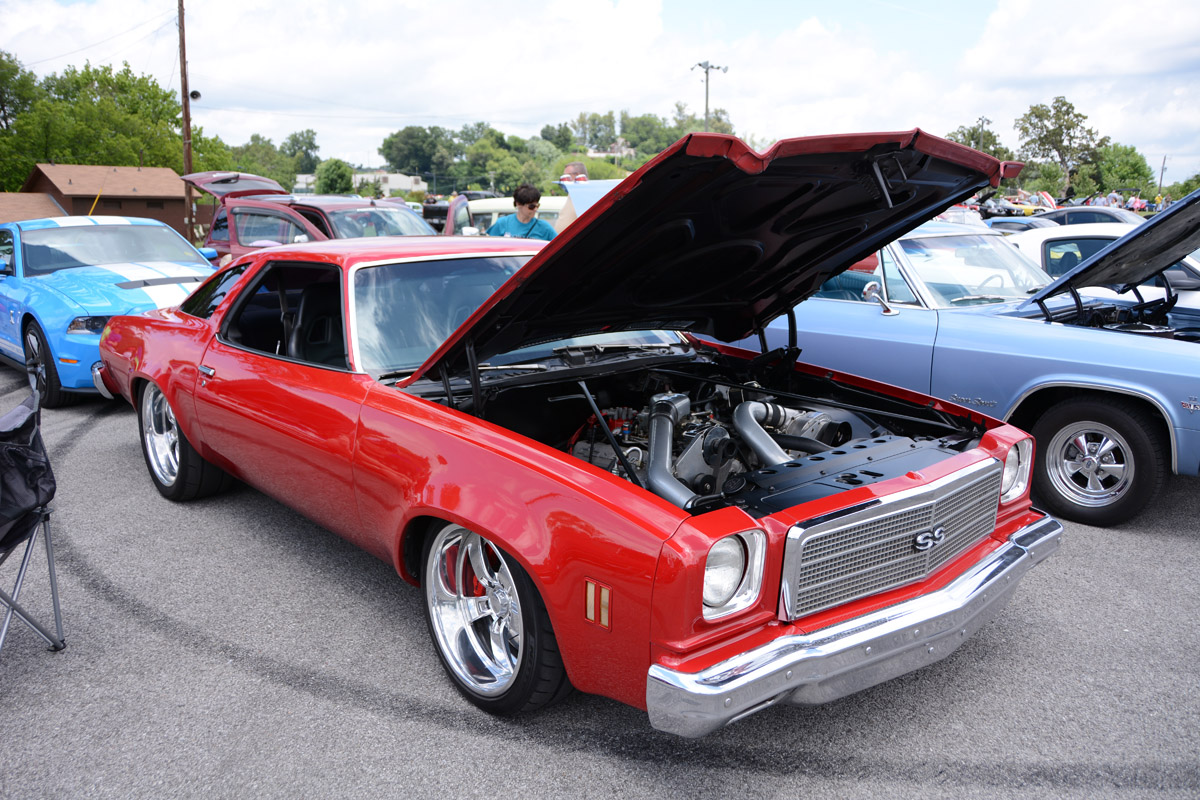 (Words and photos by Tommy Lee Byrd) – The Hot Rod Power Tour is in full swing, and stopped at Chilhowee Park in Knoxville, Tennessee yesterday. The place was packed, and Tommy Lee Byrd shot photos of a bunch of cool stuff on hand at the Knoxville stop.  The Power Tour brings out a bunch of awesome cars and trucks, and it’s a brutal test of each vehicle’s endurance. Summer heat, combined with lots of miles (and traffic) can certainly test your cooling system, but it’s all part of the experience.

Tons of Pro Touring cars were in the mix, as well as a number of cool Pro Street builds. Hot rods, rat rods, beaters and high end show cars made for a diverse mix, which is one of the coolest aspects of the Power Tour. We spotted about a million (that’s an estimate) LS swapped vehicles on the grounds, and a few interesting turbo cars, including a ’69 Chevelle with a tricky engine cover—you’ll know when you see it. Also on hand was the big block Ford-powered Maverick beater that we’ve featured numerous times–Josh stuffed his whole family (wife and three kids) in the Maverick and packed an enclosed trailer with tools, parts and luggage. In Charlotte, he ran a tirespinning 11.57 at 128 miles per hour at zMax Dragway on a very conservative tune, and then loaded up and went to Knoxville with the gang. Other interesting cars included a very cool Gremlin, a stretched International, a SC/Rambler station wagon and a Grand National-powered Malibu wagon, just to name a few.
Check out TLB’s gallery of cool stuff, and watch for more galleries of Power Tour action
button” text=”CLICK HERE to see Tommy Lee Byrd’s photos from the Nasvhille Power Tour stop”] 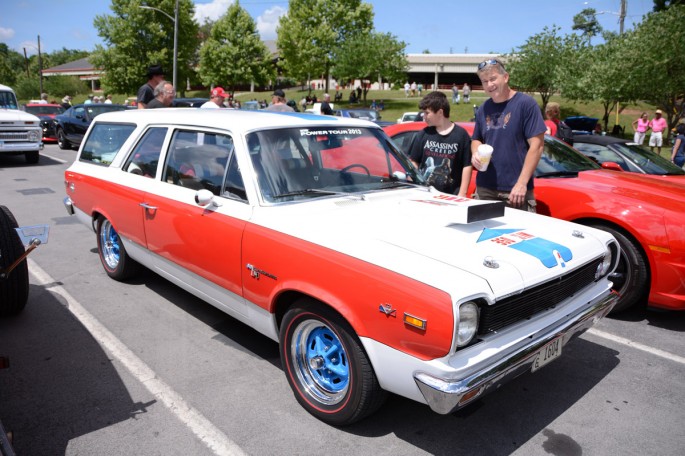