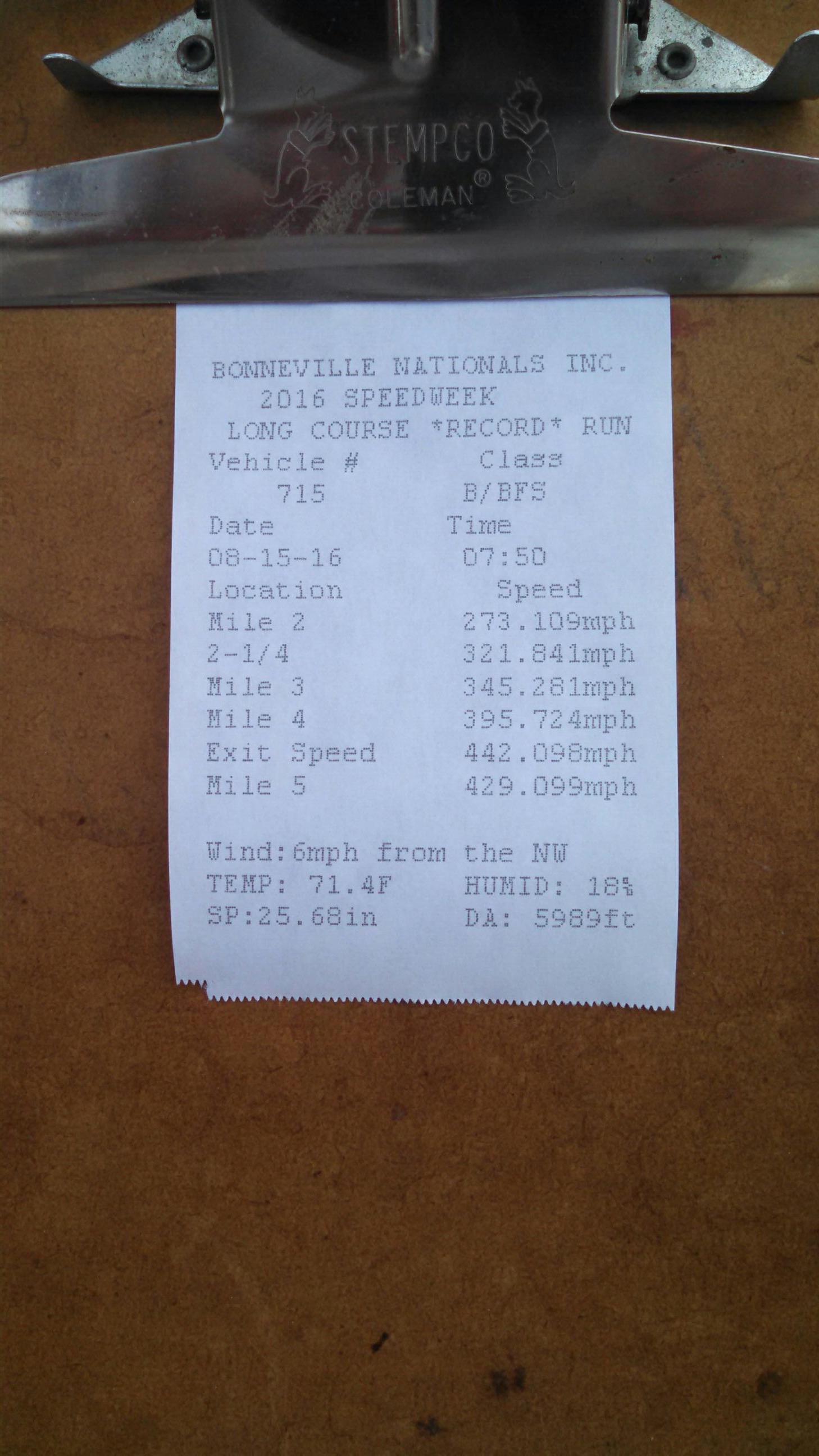 He’s done it again! George Poteet, driving the Speed Demon Streamliner, has set another record here at Bonneville Speed Week 2016, breaking a 16 year old record held by the Teague, Welch, Banks Streamliner driven by legend Al Teague. The previous record was 381.867 mph, and Poteet qualified for it with a 403.923 mph run on Sunday to qualify for the record. Monday morning, Poteet backed it up with a 429.099 mph run for an official record of 416.511 mph and top speed of the meet at 442.099 mph out the back door.

Beating a record that has stood this long, and that was set by an icon like Al Teague, is an accomplishment that deserves major applause for the entire Speed Demon team. Engine builder and tuner Kenny Duttweiler, along with some help from Motec tuning expert Shane Tecklenburg, had to overcome a few issues that had the team missing a record backup run on Sunday morning. But in typical Team Speed Demon fashion, they serviced the car, made some tuning changes, and told George to make it happen. And make it happen he did.

But don’t think they are done. Word from Kenny is that they probably will be putting there smaller 300 cubic inch C motor in the car to make some really hard charging top speed of the meet runs to see if they can raise that 442 mph top speed to something north of 450 mph. We can’t wait to see what they put together.

Congratulations again to all the team, it’s a pleasure watching this machine run. 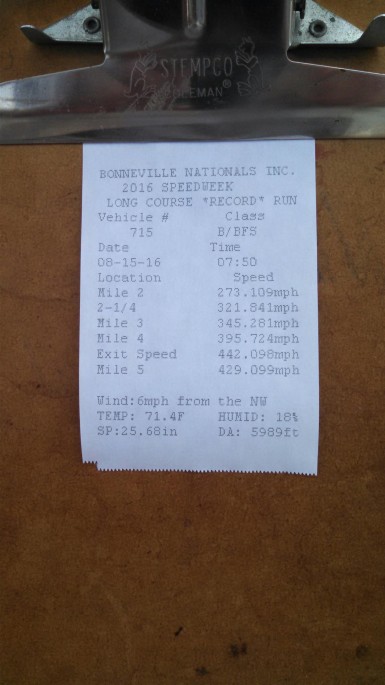 The Scoop! Here Are All Of The Cars (and Trucks) Making Record Run Attempts On Tuesday Morning Nobody Is Slowing Down! Bonneville Speed Week 2016 Photo Coverage Continues