A BangShifter Abroad, Part 3: Finding Out Where You Came From 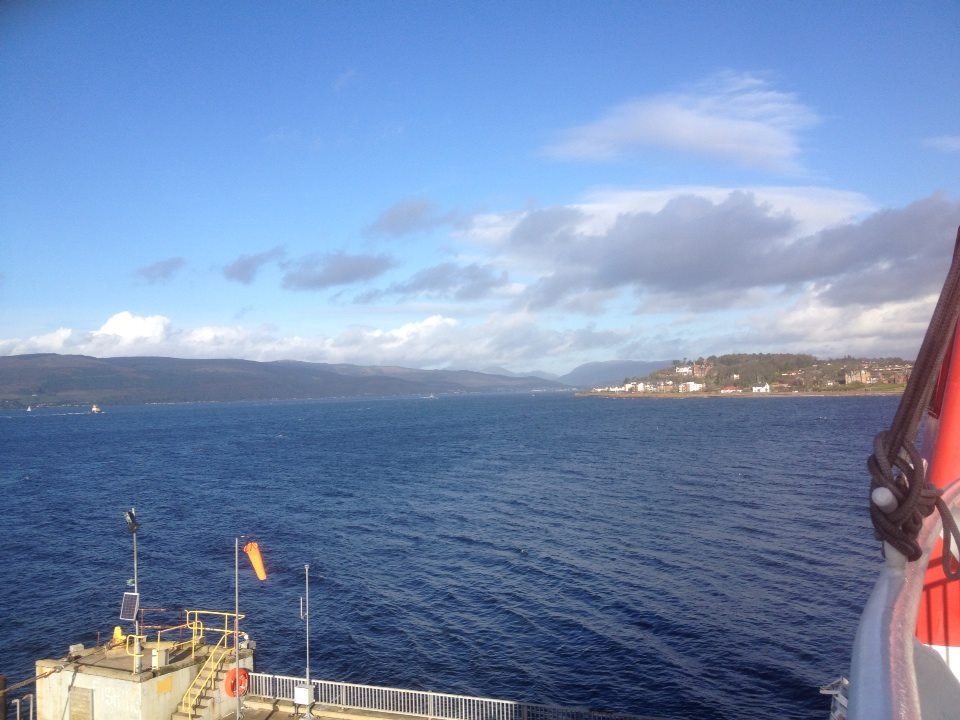 We woke up from our deep sleep in the Hotel Grasshoppers to a sunny day. After the wonderful homemade breakfast served by the hotel staff (a far cry from the dinner we had the night prior, which was some of the worst food I’ve ever tried to convince myself to eat), we did the one thing outside of a normal tour that we were planning: a day trip to the Isle of Bute.

Bute is the home of my forefathers. I have a cousin who is currently working on building the family tree and had managed to trace the history back to Rothesay, so it only made sense that we would use one of our “free days” on this trip to head over to the island and investigate to see if any more history could be dug up on the histories surrounding my family name. By car, we were looking at a 40-mile or so trip, but Hotel Grasshoppers is located practically on top of Glasgow Central Station, so what the hell, let’s see how the train system works.

The ScotRail system is straightforward: figure out where you want to go, buy a round-trip ticket, and make sure you don’t miss your train. The per-person cost to Wemyss Bay, where we would catch a ferry across, was about £6.30, which isn’t too bad. Unfortunately, we missed the first train to Wemyss Bay by a matter of a couple of minutes, so we instead investigated the shops in Glasgow Central. After finding some decent places that looked like options for dinner and the cheapest high-end dessert location I’ve ever seen, we still had about thirty minutes left to wait for our train, which was spent sitting on the benches, listening to the robotic female announcer over the P.A. system. The inflection was priceless: you’d get a few moments of pleasant Scottish brogue accent followed by the location, which made the robot sound like it had Tourette’s Syndrome. I’m going to hear “The 9:30 train to CaThCaRt!! will leave on platform four.” Over. And over. I’m going to hear that voice in my dreams for years to come. 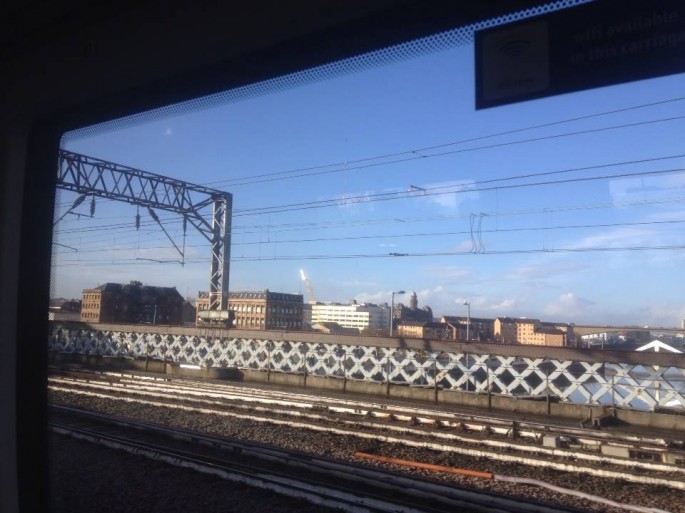 The trains are pleasant and the ride was gorgeous, especially once out of Glasgow proper, where we were rewarded with green hills and pastures of sheep and cattle on one side, small neighborhoods and coastline on the other. Station stops took about a minute or two, except for the stop for the old IBM location…that looked like a bad Halloween scene, since the building was burnt-out and collapsing in on itself. After 45-ish minutes we arrived at Wemyss Bay and headed down to the Caledonian MacBrayne ferry Argyle for the 35-minute ride across the bay to Rothesay, on Bute. 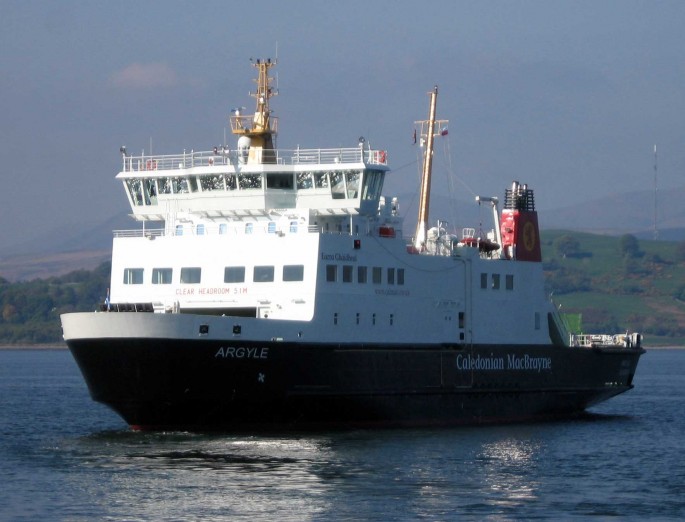 Bute is a 15-mile long by maybe 5 mile wide island close to the western Scottish coast and has been a farming stronghold for centuries. It’s also been a contested island between Scotland and Norway, and visible remains of that are seen at Rothesay Castle, which is immediately visible once off of the boat. The castle dates back to the early 1200s and has been the main scene of the Scottish/Norwegian contests for control of the island. As we were taking pictures outside of the fenced-off area, we met “Bastard”, who was described by a passing man as the town’s cat. I’m not quite certain what that meant, but Bastard seemed extremely well trained, as he came as he was called and had no trouble dodging traffic. He also had no problems hopping the fence to the castle and walking up to the moat for a drink, either. Taking a cue from the cat, we paid a pittance to head inside for a look. The castle is a ruin, but is still in remarkable shape. 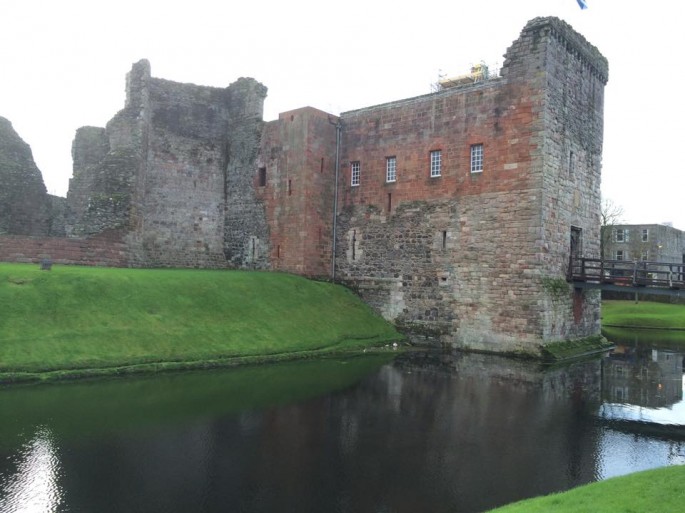 Once done at the castle, we had lunch at Harry Haw’s, which served absolutely amazing food…the kind that most people would pay $50 a plate for in the U.S. I made my second culinary screwup there…I’ve decided to try out soft drinks that I have not had before. The Irn Bru (orange soda with a candy-ish flavor) I had at the pub the night prior was alright. The ginger beer soda I had at Harry Haw’s had enough bite that I felt like I was chewing on a ginger root…not what I was going for, and it certainly did not complement my open-faced chicken breast sandwich any.

We moved on and spent a couple of hours in the Rothesay library doing research on my family’s history and made progress. I also will be bringing home my library card, because in order to use the Internet there I had to sign up! As we left the library the weather turned nasty, and after a quick bit of walking we headed back to the city. Tired and still fairly well-off from the lunch, we decided on a light dinner, so we agreed to walk down to Pizza Hut and just split a small pizza. 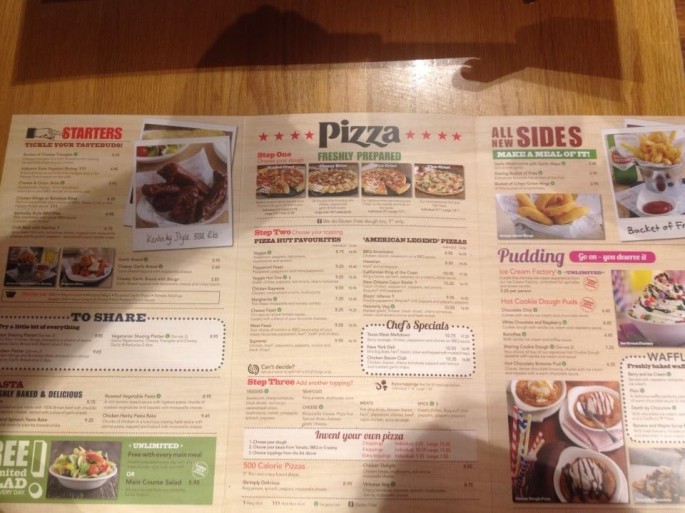 Let’s put it as it is: Pizza Hut in Scotland can and does embarrass any Pizza Hut in the States, period. The salad bar is free. The sodas are free. There is a dessert menu. There is an appetizer menu that is more than just breadsticks. Hell, there’s a beer and wine menu, something that you won’t see, and the restaurant itself has an air that’s like a Red Robin or a Chili’s, not one of the fastest pizza chains out there. The pizza itself was even better, and we went all-American with a pepperoni that had the Cheese Bites crust. How can I say it was better? Besides the flavor and texture, I didn’t get heartburn…which is normally like clockwork for a Pizza Hut pizza. As we were eating, four highly drunken lads started beating on the outside window. As we turned to look, they broke out into a Scottish version of a barbershop quartet song, singing, dancing and generally having a good time about it. One even came in and danced before they moved on to the next entertainment spot.

We retired to our rooms with a slice of chocolate cake from the Central Station dessert haven and soon were asleep. Touring the city starts soon, but for now here’s a couple of vehicles around locally that caught my eye: 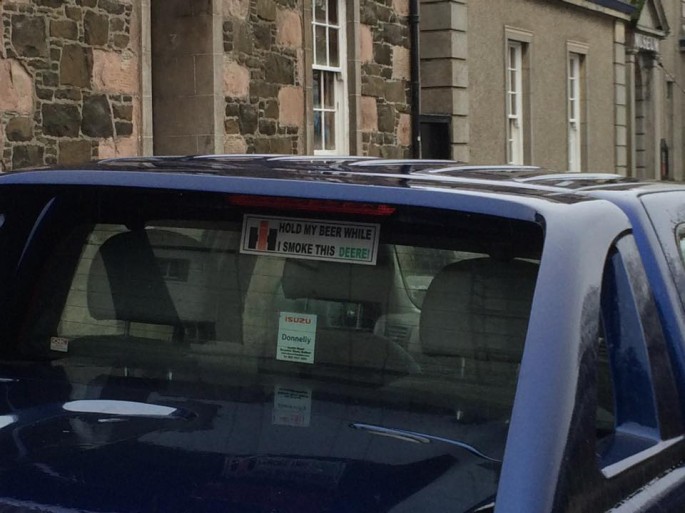 We found rednecks on Bute! This sticker is in the back window of an Isuzu i280, which is based on the Chevrolet LUV. 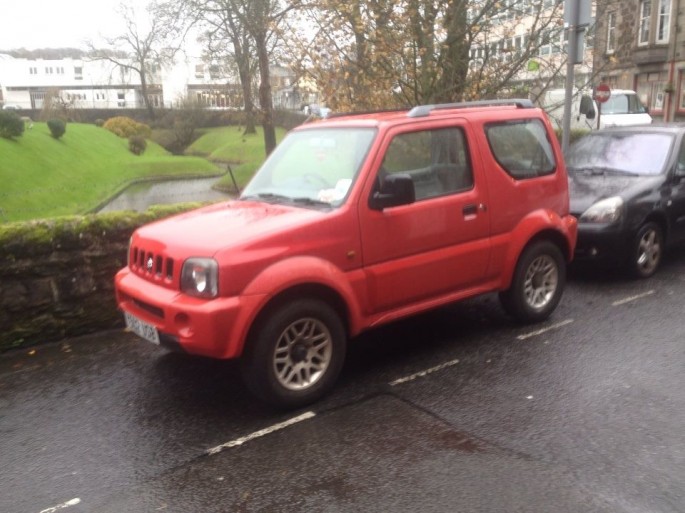 This is what we would have gotten if the Suzuki Samurai had continued on after 1995. There are plenty of Suzuki Jimmys running around. 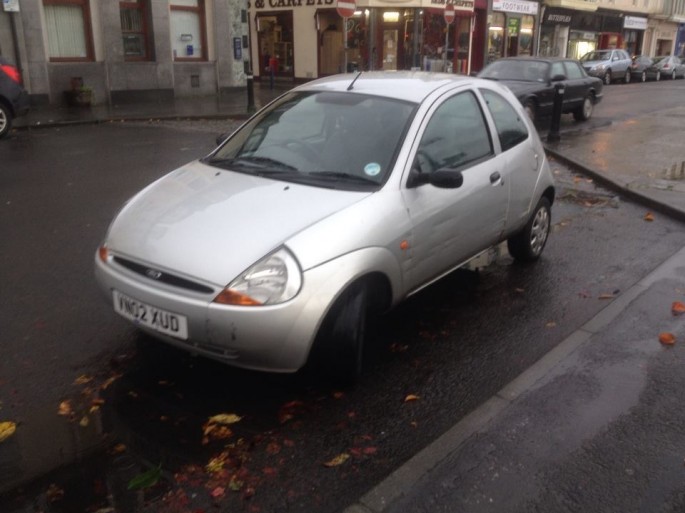 This is a Ford Ka. When it looks small in a European country, it’s small. Like “I can’t fit even if I tried” small. 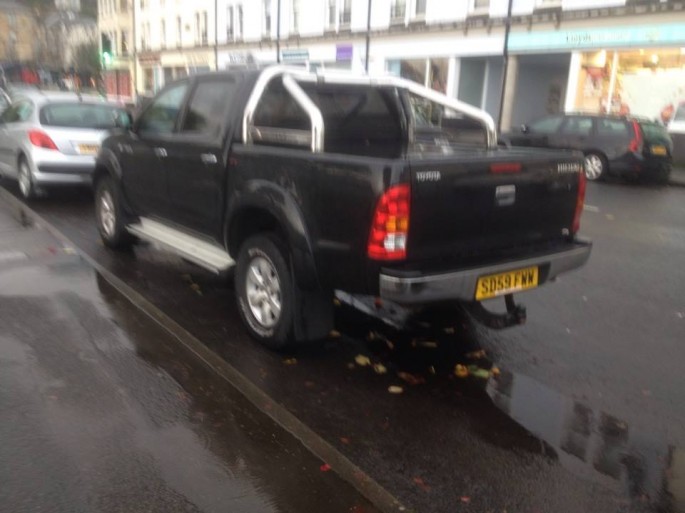 This is the Toyota Hilux we should be getting, not the Tacoma. We also found a Mitsubishi L200 “Barbarian” parked down the road from the pub.

SEMA 2014: The Coolest Trucks On Display In The Truck Hall (Part 1) Watch Motorcycle Racer Darran Lindsay Save Himself At 140mph When His Bike Tries To Throw Him Off

2 thoughts on “A BangShifter Abroad, Part 3: Finding Out Where You Came From”