Land Speed History: Here’s the Fascinating and Tragic Story Of Lee Bible and The Mighty Triplex 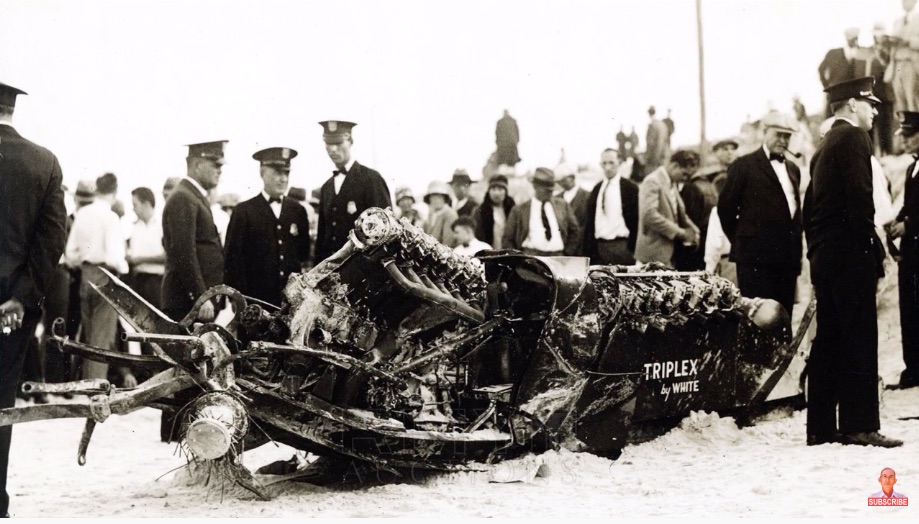 For all the glory that comes with the history of land speed racing, there are about twice as many sad stories of guys who had big dreams, huge guts, and heavy feet, but not the good sense to know when they were in too deep. Guys like Athol Graham and in this video Lee Bible personify these guys who were looking to do great things and who sadly ended up dead in there pursuit. For Lee Bible the end came on the sand of Daytona Beach in 1929. He was driving a car known as the Triplex, so called because it was equipped with three massive engines. It had held the land speed record in years past but after being bumped down the page.

The car, owned by Jim White and previously driven by Ray Keech, was about as evil as it gets. You’ll learn the whole story in the video below but this thing was no weak sister and it apparently was even more hellacious to drive. Going 200mph in a modern car is kind of dangerous enough but doing it on sand in something like this, which makes a farm tractor look like a McLaren is unfathomable to most everyone today.

Keech had some harsh words after Bible got killed and they would come back to haunt him not too far after this incident. The history here is amazing and it is a slightly dark look back into the battle that was the land speed record through the 1920s.

Press play below to see the crazy and tragic story of Lee Bible, the man who went too fast –

Perfect Price: Watch As This Free Lawn Mower Is Brought Back To Life! Stock Cars Racing: Enjoy The Full Shot Of The Freedom 500 Race At Cleetus's Track, With Pre-Show!

4 thoughts on “Land Speed History: Here’s the Fascinating and Tragic Story Of Lee Bible and The Mighty Triplex”