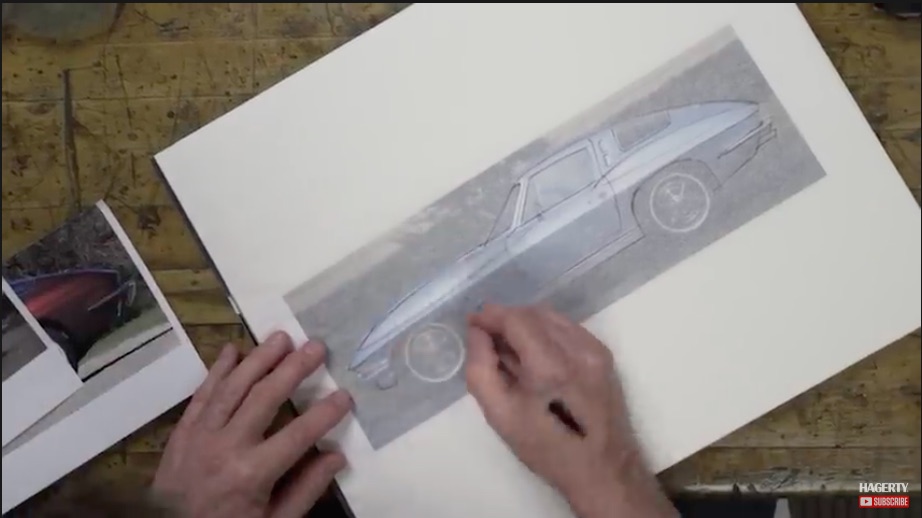 There are few American automotive designs that can hold a candle to the 1963 split window Corvette. The car was basically a revolution when it arrived in front of crowds as the replacement for the C1 Corvette which had been in production for about 10 years. By the time 1963 rolled around, the Corvette was a bonafide hit. Sure, sales started slow in that 1953/1954 time frame but with the right drivetrain additions and performance modifications from the factory, “America’s sports car” really captured the public imagination. The 1963 car was a sensation. That window that Bill Mitchell fought so hard for was present, but not for long.

That dramatic spine that the car wore only lived a short life because people didn’t like the obstructed view and the assembly line workers were struggling with installing two windows instead of one as the fiberglass fantastics rolled on by. Basically 10,000 split window Corvettes were built before the one piece window became the order of the day.

Foose applies his design ideas here, his color scheme, stance, and overall look to a line drawing of the 1963 Corvette and we like the end result. The look is mean, modern, and streamlined. We have seen 1963 Corvettes built in every possible way from pro touring to pro street, so it’s hard to do one “wrong”. This one has a good look, subtle tweaks on the design front, and a stance we’d kill for.

Check out the Foose’s work here!

Glorious Noise: Watch This 20V149 Detroit Diesel Fire Up And Then Get Run At "High" RPM! Leaving The Farm: The Most Low-Mile Rusty Chevy You've Ever Seen Drives To It's New Digs