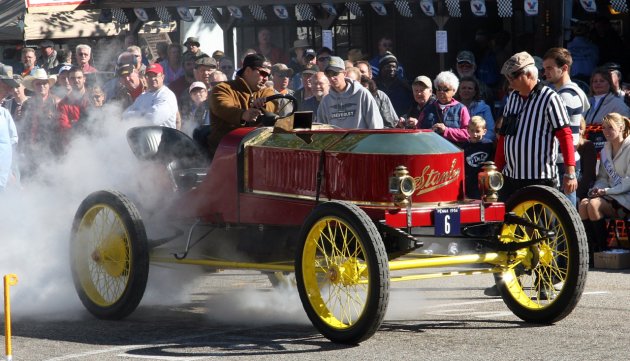 Ford’s series of EcoBoost engines which are smaller displacement engines braced up with turbochargers have been such a success that the company has looked at new avenues to appease an ever more penny pinching buying public. As fuel costs continue to rise, alternatives are needed. Instead of looking into small displacement diesels, electric vehicles, or fuel cell technology, the company has confided in BangShift that steam power is the ultimate direction that the company will head in. High performance cars would potentially be equipped with steam rockets while normally every day passenger cars and light trucks would be equipped with steam engines the likes of which were used in Stanley Steamers and other vehicles at the turn of the 20th century.

Under condition of anonymity a Ford engineering supervisor said, “Steam power has come a long way since the early 1900s and safety has gotten way better so there is far less risk of a super high pressure boiler exploding and taking out a city block or for massive columns of searing hot steam to shoot from the vehicle and disfigure anyone within shouting distance.” When asked if those were still potential risks the engineer said, “Well, maybe but we’ll give people detailed instructions on how to maintain proper pressure, how to safely climb under the vehicle to vent the steam when they get to where they are going and how to treat minor (he really stressed the MINOR) burns that they may receive because of incidental contact with some of the miles of plumbing that will be in these cars.”

When pressed for details on how exactly the vehicle would produce electricity for such things as the radio, headlights, heated seats, power mirrors, rear entertainment system, front GPS screen, air conditioning, horn, turn signals, and brake lights, the engineer sheepishly admitted that there would probably be a small (he really stressed the SMALL) gasoline engine powering a generator for all of the modern conveniences that today’s drivers expect. He was most excited about the F150 and F250 Eco-Poof models, “We have all that room to work with in the bed of the truck so we’re really going to have a powerful engine that delivers a very normal driving experience outside of the massive water tank that will take up the entire area where the traditional gasoline engine would live.” Asked if the standard “sheet of plywood” test would still apply to this truck in terms of usable bed space the engineer said, “You’ll be able to get several sheets of plywood in the back of this truck assuming you have a circular saw with you and cut them into 2’x2′ squares. Just keep them away from the open flame heating the boiler for obvious reasons.”

Stay tuned to BangShift for all of your Eco-Poof news. 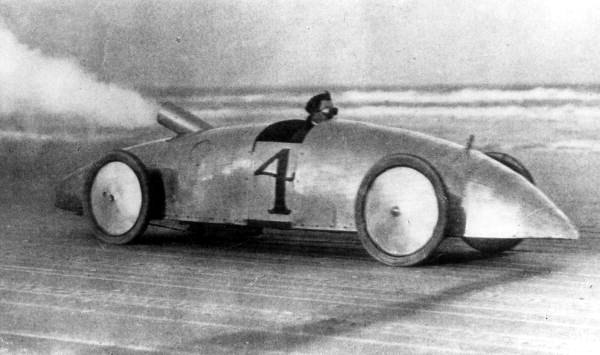