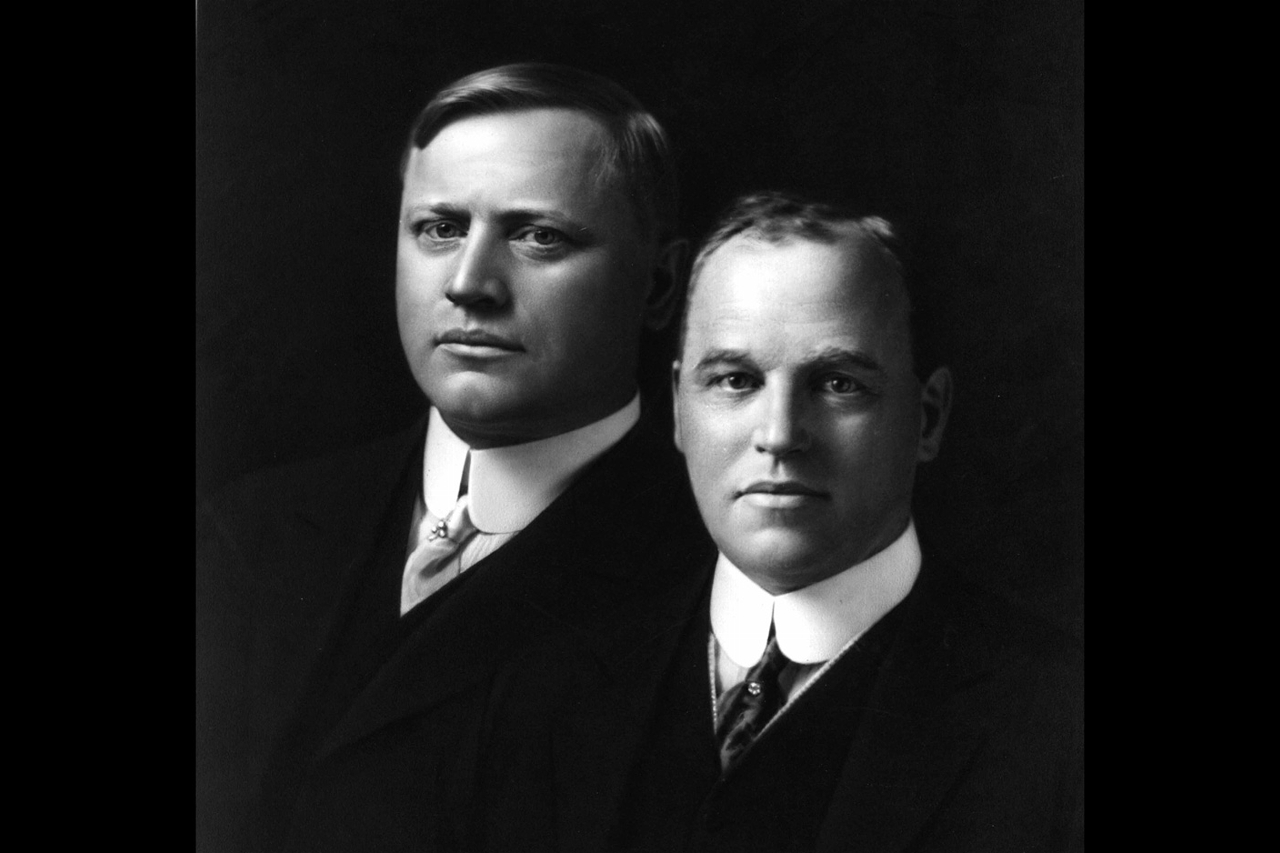 Dodge has produced some pretty neat ads recently which feature “John and Horace Dodge” playing the roles of speedy drivers, caring factory owners, and mavericks of the early automotive age. The good news that the brothers were all three of those things. They raced cars and boats, they made more money and more savvy business deals that virtually anyone else alive in their time, and they did take better care of their workers than friend turned bitter rival Henry Ford. The part of their story you will not see or hear much about during the Dodge ad campaign is how their lives ended far too young and perhaps before the brothers had even tasted their biggest successes. The culprit? Spanish Flu. In a 20 year period, between 1900 and 1920 the Dodge brothers went from skilled machinists making bicycles to the owners and operators of one of the largest industrial operations in the world. Through it all, the brothers were rarely ever seen apart, wore 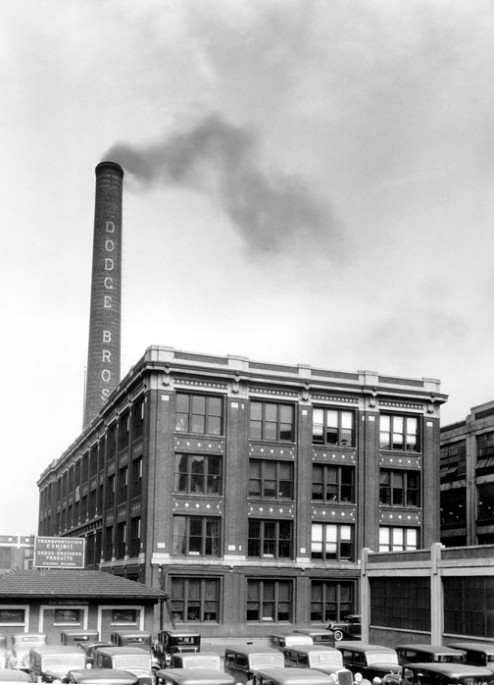 identically tailored suits, and even managed to pass away in tragically similar fashions.

The story begins in the late 1860s when both brothers were born into a hard working family led by a machinist father who had a second generation business repairing marine engines. A devout Methodist, he raised the boys to be hard workers and while both of them quite literally grew up in the machine shop it was John who became the better machinist and Horace who developed the strong leadership skills and financial ability that would be the perfect match to his brother’s mechanical genius. After designing some innovative parts and earning reputations as smart, and industrious guys, the brothers went into the bicycle business in the 1890s. The only problem with the bicycle business is that it was getting pushed further and further to the back burner by the increased demand that companies were placing on them to develop car parts. Because there were so many small manufacturers at that point, the Dodge Brothers were supplying lots of parts to lots of companies and the word was out that their quality and precision was the best in town. This led a pretty big time guy to their front door.

That guy was Ransom E. Olds and in 1902 the Dodge Brothers started making all of the engines and other hard parts for the famed “Curved Dash Olds”. This amounted to thousands of engines, transmissions, and axles. At that point in time, Olds was the largest volume seller of cars in the country. If the story ended here it would be a great tale of hard work and success during a wild time in America, but the reality is that this tale was just starting to get cranked up.

In 1903, the brothers were approached by Henry Ford who was desperate to get his latest venture off the ground after having his previous two car companies fold up and go down the tubes. Working out a deal with the Dodge brothers, they would get 10% of the company and the rights to everything Ford had if it all went kaput. It was the only way they would sign the deal and in desperation, Ford signed. For the next 10 years, the Dodge brothers and their 100+ employees would manufacture every mechanical part for the Model T.

At this point we should note that the Dodge brothers were a couple of hard living guys. They drank lots, they got into fights at bars, and they were generally the types of devil-may-care mavericks that lived adventurous lives during the wild west period of the automotive age. While fantastically wealthy they were not accepted by the elite in Detroit at the time and did whatever they could to hang out with the city’s wealthy high rollers. Their reputation as ruffians (despite that strict religious upbringing) led them wherever they went.

Just because they liked to blow off steam outside of the plant didn’t make them bad guys inside it, though. They would serve beer on hot afternoons in the foundry, they had a part of the plant called the “Play Pen” where workers could invent and create things after hours, and they had what was probably the first HR office in a car factory ever where employees could meet with people and work through personal issues  and other stuff that may or may not have been directly involved with work. They respected the workers and what they did as much as any ultra-wealthy industrialists of the age did anyway which certainly didn’t put them in a league with Ghandi but it did put them ahead of many others.

In 1913 it was announced that Dodge would stop building parts for Ford and the company would make their own cars. This was something that the brothers had been planning on after Ford started construction of the massive River Rouge plant outside of Detroit. As you could imagine this really pissed Henry Ford off and he tried to stop paying the brothers money on the stock that they owned in Ford. In typical fashion Henry did what he wanted, got sued, and had to pay them the terrific sum (for the day!) of $19-million dollars. After that happened he really wanted to get rid of the Dodge brothers and made another dastardly attempt to screw them over but once again failed. 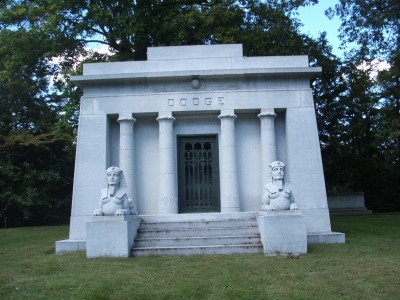 Ford announced he was quitting and was going to start another company to undercut the Model T. This caused the stock prices to drop (even though the whole thing was a ruse) and people began contacting the Dodges to sell. They sat on their stock for a while, waiting for the prices to come back up and promptly sold for $25-million dollars. This was 1916 (or thereabouts) and the Dodge car had begun to take off, production was flying and the men were in the prime of their lives. In less than a decade and a half they had gone from bicycle part machinists to among the wealthiest people in America and competing head to head with the likes of Henry Ford.

Production continued to grow, hitting 400,000 cars in 1919 along with thousands of artillery pieces manufactured for the American and French forces fighting WWI. Car production did not stop, the guys simply made a new line and built the big guns while the car factory was humming along. Things literally could not have been going better. 1920 was poised to be the year of all years for the Dodge brothers. Every signal indicated that their cars were going to sell like they had never sold before. Both men attended the NY Auto Show that year in advance of the new models coming out to the public. It was Horace who took sick first, being stricken with the Spanish Flu that was revenging the country. Sadly John caught the same Flu, likely from his time tending to Horace and died about a week later. Horace never fully recovered and lived in a sickly state for a short time before he also died. Out of nowhere, the two brothers who had literally spent their lives attached to the hip were both dead. It wasn’t the hard drinking, hard living, bar fighting lifestyle that got them, it was germs. Perhaps the most amazing chapter of their lives happened after the men died.

During this age and most any other, when the leaders of an outfit like the Dodge brothers pass on the whole works is thrown into chaos and fails. Their planning, structure, and methods were so strong that the company survived. The contributions from the widows of the brothers cannot be forgotten either. It was they who promoted Fred Haynes to run the place. Haynes had been with the brothers since the bicycle days and he continued to operate and grow the company in the manner the brothers would have. While the company was sold to an investment group, they did not interfere with day to day operations and things continued on. In 1925 General Motors almost bought Dodge but it was instead sold to a financial firm that some guy Walter Chrysler had a hand in. 1928 was the year that Chrysler automotive company bought Dodge for $170 million dollars and it has stayed as part of the Chrysler umbrella ever since. There have been up years and down years but the company is still around today and stands as a vitally important brand to the Chrysler portfolio which has positioned it as their performance and excitement label.

We really like the new Dodge ad campaign because it is telling a compelling story and one that lots of people do not know. It is amazing to think about what John and Horace Dodge presided over in their relatively short tenure at the helm of the company. Their lives were taken far too soon and we can only imagine what their impact would have been had they spent more time steering the good ship Dodge through those amazing growth years of the auto industry in the 1920s and beyond. 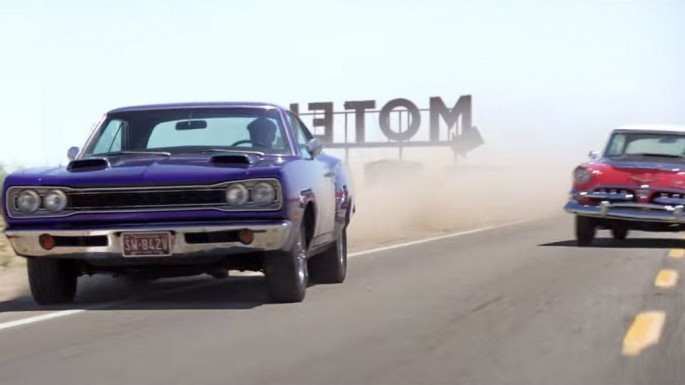 Know Your Volatile Race Fuels: A Look At The Happily Violent Nitromethane Molecule Best Of BangShift: Is This The Worst Welding Job Ever? One BangShifter Got The Job To Fix This Disaster