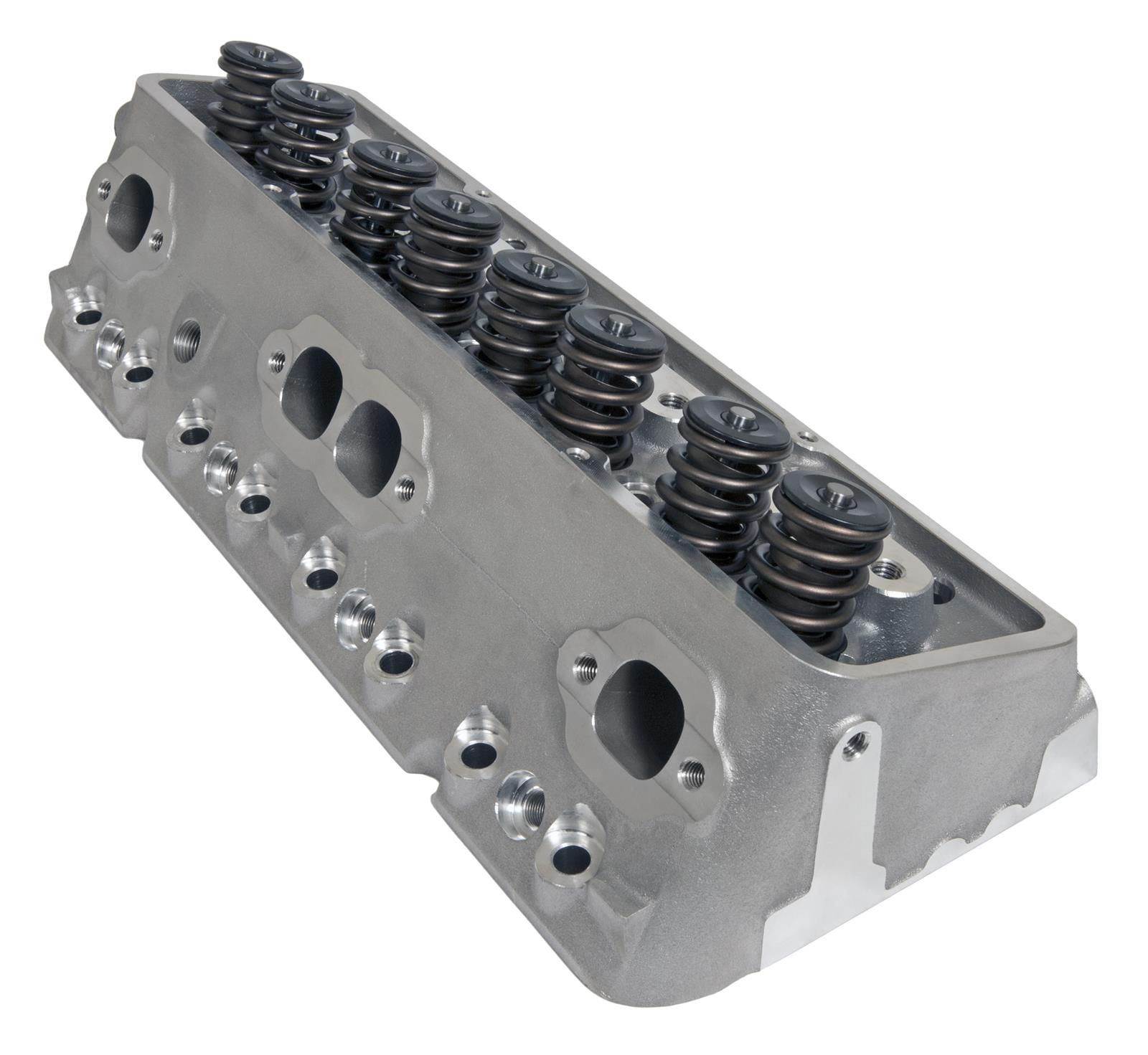 When Trick Flow introduced their DHS heads in a 175 version they were aiming squarely at the guy who wanted modern aluminum head performance but in a package that looks factory with just a little Chevrolet Orange engine enamel. But what about guys who wanted more than the as-cast performance improvements of that 175 cc version? Well if that’s you, then your prayers to the GM gods have been answered because here is the new 200cc version with full CNC porting! So if you are looking for Made in the USA pure american power improvement for your small block powered hot rod, this just might be the cylinder head for you.

These suckers flow 290 on the intake side at .700 lift, 230 on the exhaust side at .700, and are available with two spring options from PAC Racing.

Here is all the information from Trick Flow:

We know the story. You want to wring the most performance possible out of your vintage-style small block Chevy. But your eagle-eyed buddies can spot a set of modern CNC-ported aluminum cylinder heads from a mile away, even when hidden under a healthy dose of Chevy Orange paint. What to do?

Trick Flow developed the solution to your problem – the new DHC 200 cylinder heads. Patterned after Trick Flow’s popular DHC 175 as-cast heads, the DHC 200 heads also have the exterior touches like straight spark plug holes and raised markings on the ends that you’d expect from OE heads. But on the inside, it’s all CNC-ported goodness.

In keeping with the vintage-style design, the heads will be available with or without accessory bolt holes cast into them so you’re sure to find a set that’ll deliver the classic Chevy look you’re going for. Sold individually.

TO SEE ALL THE OFFERINGS FROM TRICK FLOW, CLICK HERE TO VISIT TRICKFLOW.COM

HAGAN, TORRENCE AND COUGHLIN CLINCH PROVISIONAL NO. 1 SPOTS AT THE DUEL IN THE DESERT Single VS Twins: Low Buck Turbo 1,000 HP Turbo Testing On A Big Block Chevrolet