American Horror Story: What Does A Long-Flooded Pontiac’s Engine Look Like Inside?

Apr 07, 2019Bryan McTaggartBUICK / OLDS / PONTIAC, Project CarsComments Off on American Horror Story: What Does A Long-Flooded Pontiac’s Engine Look Like Inside? 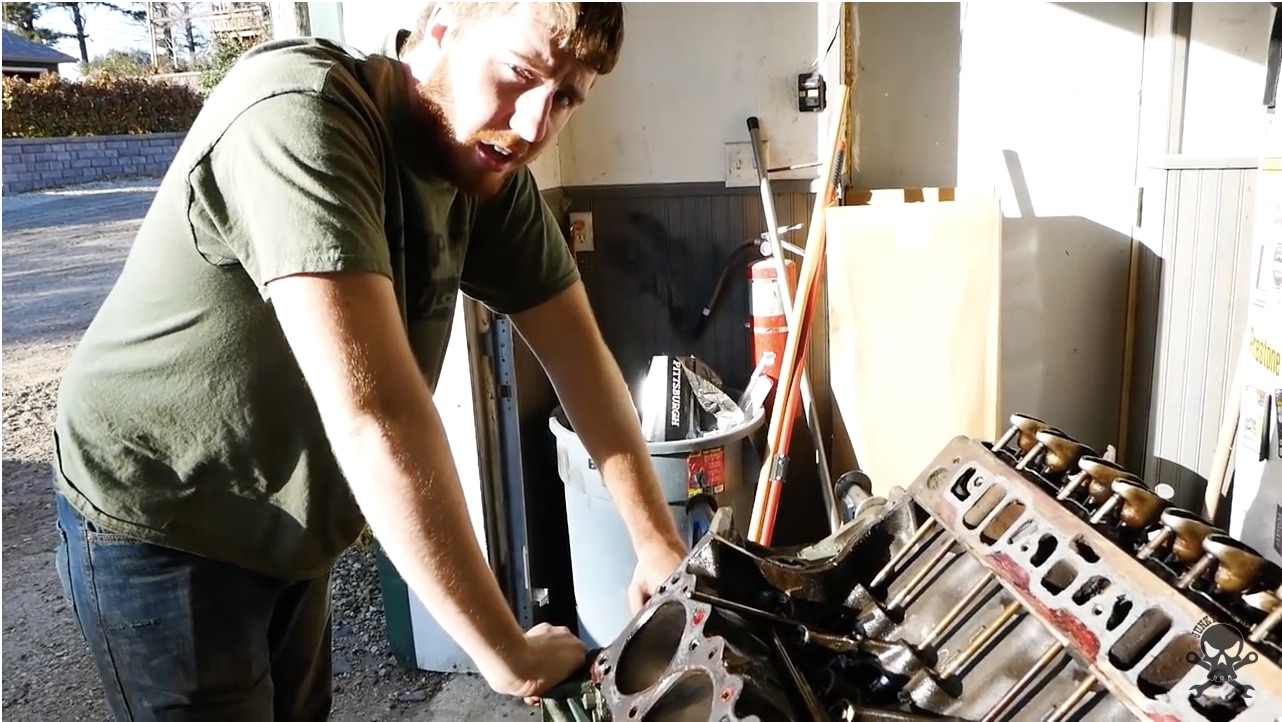 Winter in Iowa means that pretty much nothing gets done…or, at least, that’s what Kevin from Junkyard Digs has been telling me for the last few months. Hey, I don’t blame him…when it’s cold out I don’t want to do jack-diddly squat either. But we’re beyond winter, the weather is starting to return to normal and it’s time for Kevin to get back to work on the 1968 Pontiac LeMans. If you missed the last installment, the rundown is simple: he scored the Pontiac in a post-deployment spending spree. The car had been sitting since the mid-1980s, reportedly after the car had been sideswiped or maybe because the Pontiac 350 under the hood had finally become too much of a pain in the ass to deal with. Unfortunately, the LeMans didn’t have a pleasant slumber…in fact, without any kind of question, the Pontiac spent some time underwater. If there was any kind of doubt on the subject, just wait until they drain the old engine’s “oil”. There should never be an oil to water ration, and it certainly shouldn’t look like what’s falling into his drain bucket.

For everyone that’s ready to type something like, “Please don’t LS swap it!”, calm down, it’s getting another Pontiac 350. Unfortunately for Kevin, he’s about to learn the same lesson that I learned with the Imperial’s 360: never trust a “rebuilt” engine. From the moment the oil pump pretty much self-destructs until he is ready to start knocking out pistons, you are going to get a great view into the new engine that will be going into the car…wait, no, that’s not right…it will be going straight to the machine shop for work!

Never trust a Craigslist engine. If you need a visual reminder why, let this video be your explanation as to why.

Auto-X by NCM Gallery: $50 To Come Out And Play All Day! This Dodge A100 Is Bagged And Channeled Perfection! This One Is Cruiser Cool And A Whole New Level