Independence Chevelle: Getting The Front Clip Back Into Useable Shape

Jul 18, 2020Bryan McTaggartCHEVY, Project CarsComments Off on Independence Chevelle: Getting The Front Clip Back Into Useable Shape 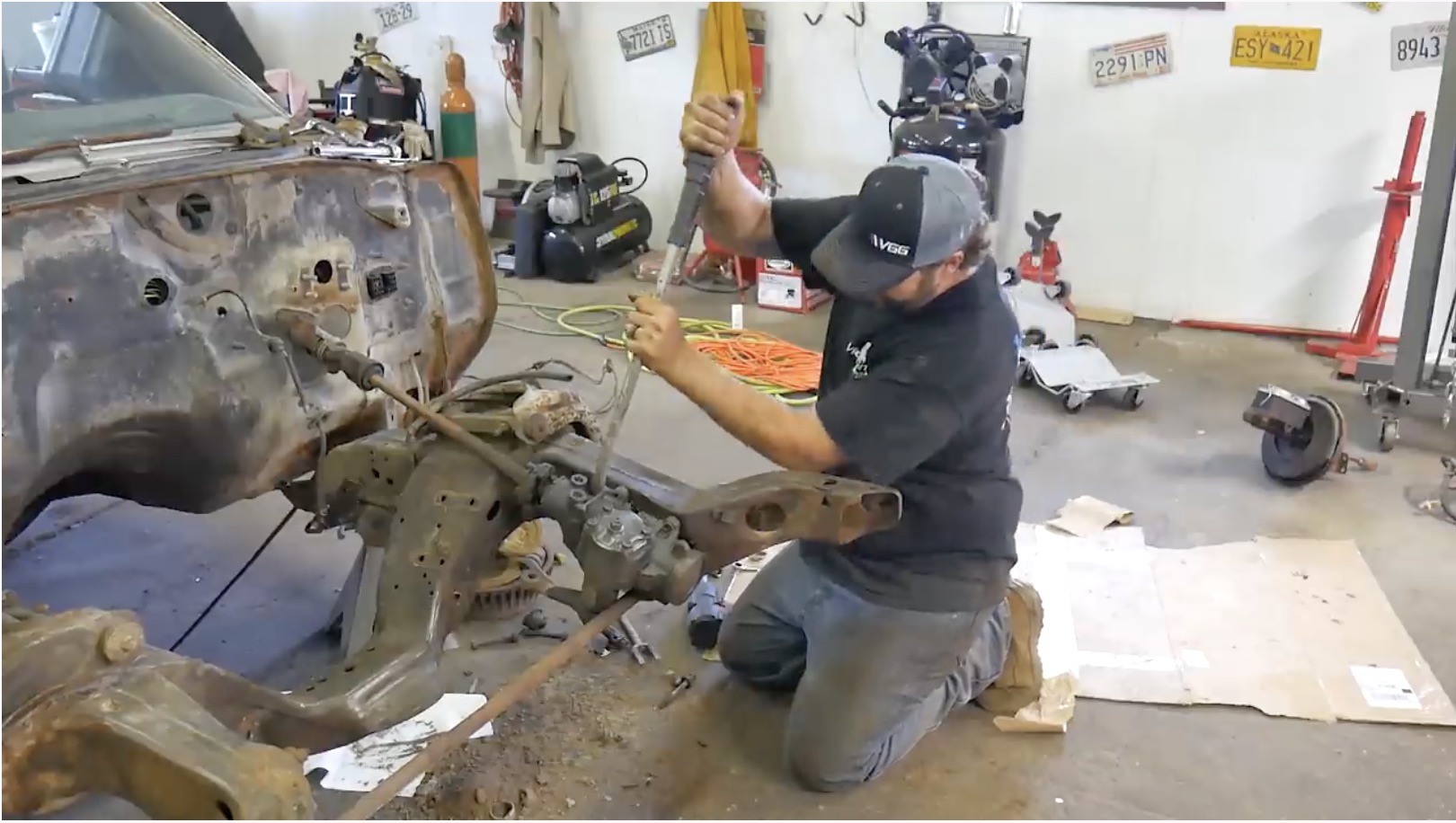 When Derek drove this 1970 Chevelle from Indiana home, he had a solid complaint the whole time: the front end didn’t care anything about what he was asking it to do. Now, it’s not uncommon to leverage that complaint against a lot of 1970s American cars. “Handling” simply meant that if you turned the wheel, the car actually did something besides keel over and let the door handles support the vehicle’s weight in the turns. But as we’ve seen during the build of this car, the front end didn’t need attention, it needed Jesus. The front end on a whole was destroyed. Ball joints were nearly an option, the brakes were 110% sketchy, fortified with extra pucker factor, and the linkage points were looser than a truck stop hottie. Bad, bad and really bad.

But as the car’s build keeps getting more and more serious, further and further teardown has happened, and it got even worse: the area of the frame near the steering box was rotting from the inside out, and the steering box itself was being held on by one single, solitary bolt. Not three, as it should be expected, but one.  And that’s only one aspect of the heavy Chevy’s front clip rebuild, which will include ditching the drums for a disc brake kit that honestly, the car could use, and a full teardown of the rest of the front suspension will bring in…well, more chances for Derek to keep practicing his family-friendly approach to YouTube.

Seriously…how does a fella NOT swear when he’s bashing rusty junk apart with a sledgehammer?