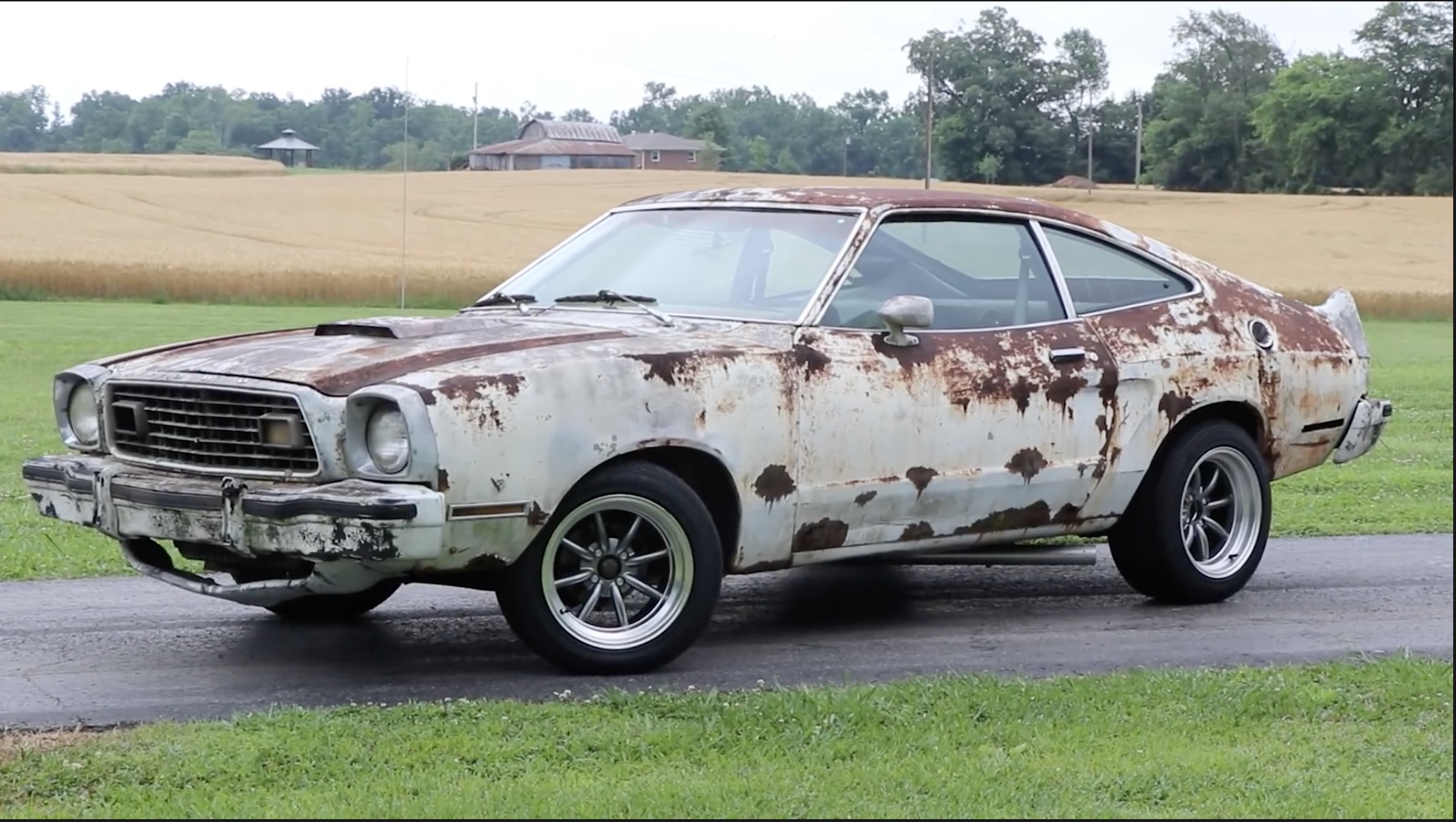 Mustang fans wish the history was never there. Ford themselves do their best to skirt any mention of it. Your typical hot-rodder will gag at the thought. But the 1975-78 Ford Mustang II has hope. You will note, I did not say “1974”…that is the only year that the Ford Mustang did not come with a V8 option. You flipped a coin between the 2.3L four cylinder and the Ford Capri-sourced 2.8L V6. The V6 is cool in a funky kind of way, and a 2.3L has a performance following all of it’s own, but it’s a Mustang. “II” badge or not, there really should be a solid Dearborn-sourced V8 thump coming out of those pipes. Even in the deepest, darkest points of the 1970s, the M2 had hope. It was small, it had a killer front suspension, and the engine was a 302ci Ford small-block. All you needed was some knowledge, some time in a junkyard, and the ability to do work and you could take a V8 Deuce from it’s straight-up pathetic 139 horsepower to something much more like it.

The latest unloved beast to get the care and attention from Dylan McCool is this Cobra II. Rusted and busted, sat for 27 years, and generally left for dead, McCool has been making swift progress in bringing this PintoStang back to life. First he got it to fire, then he got it running well enough to drive to the Ratty Muscle Cars’ “318 vs. The World” event earlier this year. Then the Mustang came home on a rollback after the choked 302 got hot under the collar. Normally, that’s when the car gets pushed back into the field and looked at again in a few months. This time around, not the case…the Cobra gets some venom put back into the fangs. Not a lot, but certainly enough to make it enjoyable to drive. And the new wheel and tire package…wow, if there ever was a perfect setup for a Mustang II, this looks like it.

What should be next? I’d like to get the center section of the spoiler put back on the car and to let a talented patina artist work the car over so that you can see more of the original graphics without losing the “ratty” look of the car. Then see how well the interior cleans up!

This 1980s Caterpillar Promotional Video For The 785 Off-Highway Haul Truck Is EPIC - From Engine Building On Up! So Much Trucking Sense: The Nissan Navara PRO-4X Warrior Is Tailor Made For The American Truck Market...And Is Not Sold Here

One thought on “Old Gray Mare, Part 3: Giving The Mustang II Some Attitude Back”