Place Your Bets For A BangShift Shirt! Buford T Justice Is Hitting The Dyno With This Engine One Last Time – Guess The Power And Win 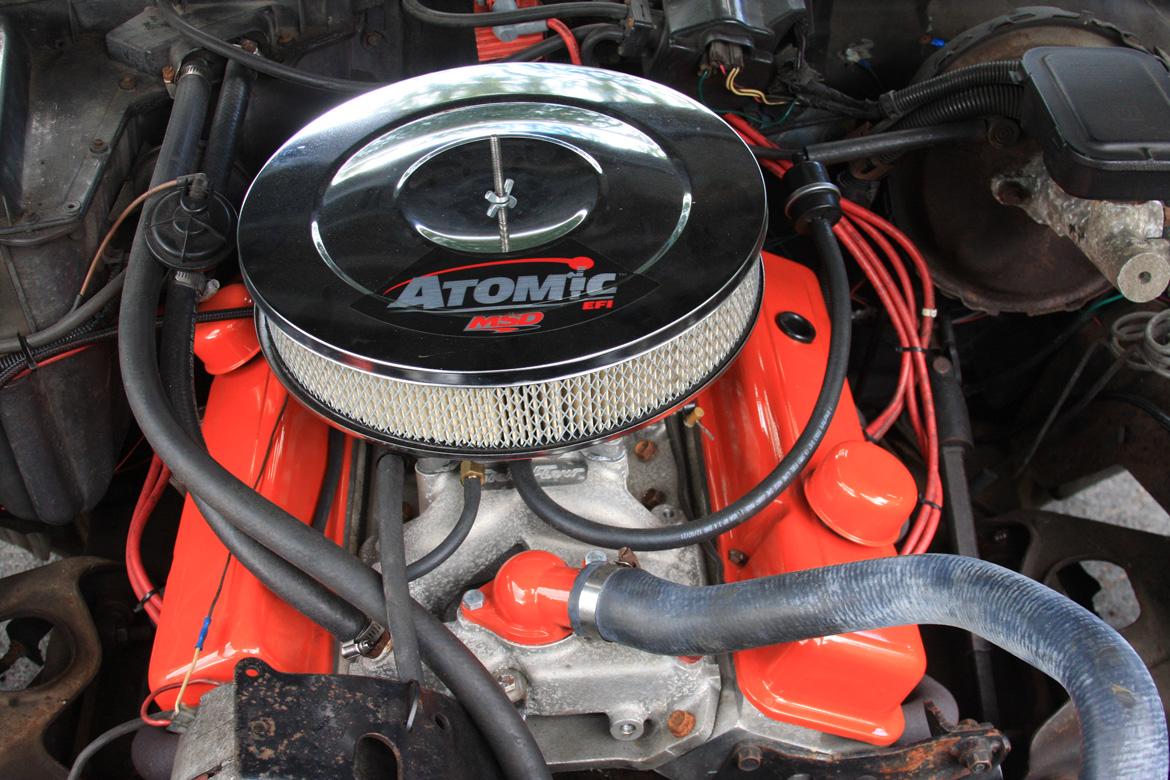 That’s right kids, we’re tempting fate one last time with this whale of a car known as Buford T Justice before the current mongrel engine comes out for a creation that we’re going to be building this winter and replacing it with. Fear not, we’re planning on reusing a bunch of the stuff we already have, adding some new stuff to make the combo work right, and then getting after it in the Spring when the snow melts at the strip and elsewhere.

We thought it was only fitting to get one last rip in on the dyno before we called it quits all together with the current engine whose major components have seen some 200,000 miles of service. Remember, at some point it was bored .040 and rebuilt but we have no idea when that was and chances are it was a while back. The engine has a bunch of blow-by now, it knocks like a jackhammer when cold, and for all intents and purposes it has served us well. We’re not going there with the expressed intention of killing it, but let’s just say that we would not be totally shocked if it spit its guts out at us on the rollers.

One of the major issues hampering us in the current state of the motor is the piston/compression situation. Using the factory dished pistons that are way down in the hole and perhaps even worse for us due to the fact that they are rebuilder slugs that are designed to keep the compression ratio low even with the increased bore, we threw a .015 head gasket on there to get some sort of squeeze out of the thing. We also used the smallest chamber head that Trick Flow makes for a small block Chevy. These 175cc intake volume heads have a combustion chamber of 56cc and even with those two “fixes” we’re lucky to be somewhere in the 9-9.5:1 range. That’s not really where it needs to be for the COMP roller cam we have in it and at the end of the day it is a decent running piece with enough power to stick the thing in the deep 14s (with lots of spin and 60′ times at 2+ seconds) but it isn’t nearly where we want it. Our plan is to reuse some of the major pieces that the engine (including the block if it checks out) but add displacement with a longer arm, increase compression by the appropriate means with a good set of Mahle flat top pistons, and screw something together that will really have this white whale singing, but first we need to see where we’re going.

So now for the fun part. You need to guess the horsepower that we’ll make at the rear wheels. It should be noted that the thing was making like 230 at the last dyno session we had before we swapped the heads, put the EFI on it, and actually had it tuned right. Here’s the rundown of the engine. Use this as your guide. The person who guesses the rear wheel horsepower closest to what the dyno reads without going over will win a BangShift prize pack of fun. Ties will be decided by the first person who made the guess. First guess wins. Here’s what the engine is from top to bottom.

GUESS THE HORSEPOWER BUFORD T JUSTICE WILL MAKE….OR GUESS WHICH PULL IT BLOWS UP ON AND AT WHAT RPM! CLOSEST WITHOUT GOING OVER ON EITHER ONE WILL WIN A BS PRIZE PACK! 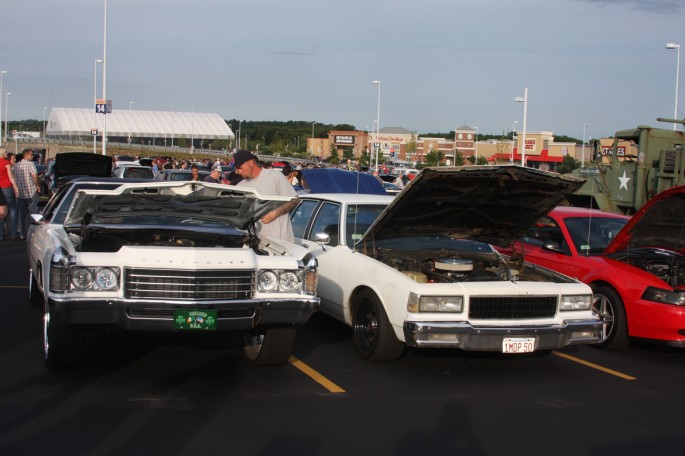 Houston Autorama 2014: From Stock Restored Chevys To 1960s Ford Woody Wagons It Was All Here Watching This 1969 Chevy C30 Flatbed On The Autocross Course Is Both Hilarious And Tiring - This Driver Was Working Hard!

122 thoughts on “Place Your Bets For A BangShift Shirt! Buford T Justice Is Hitting The Dyno With This Engine One Last Time – Guess The Power And Win”