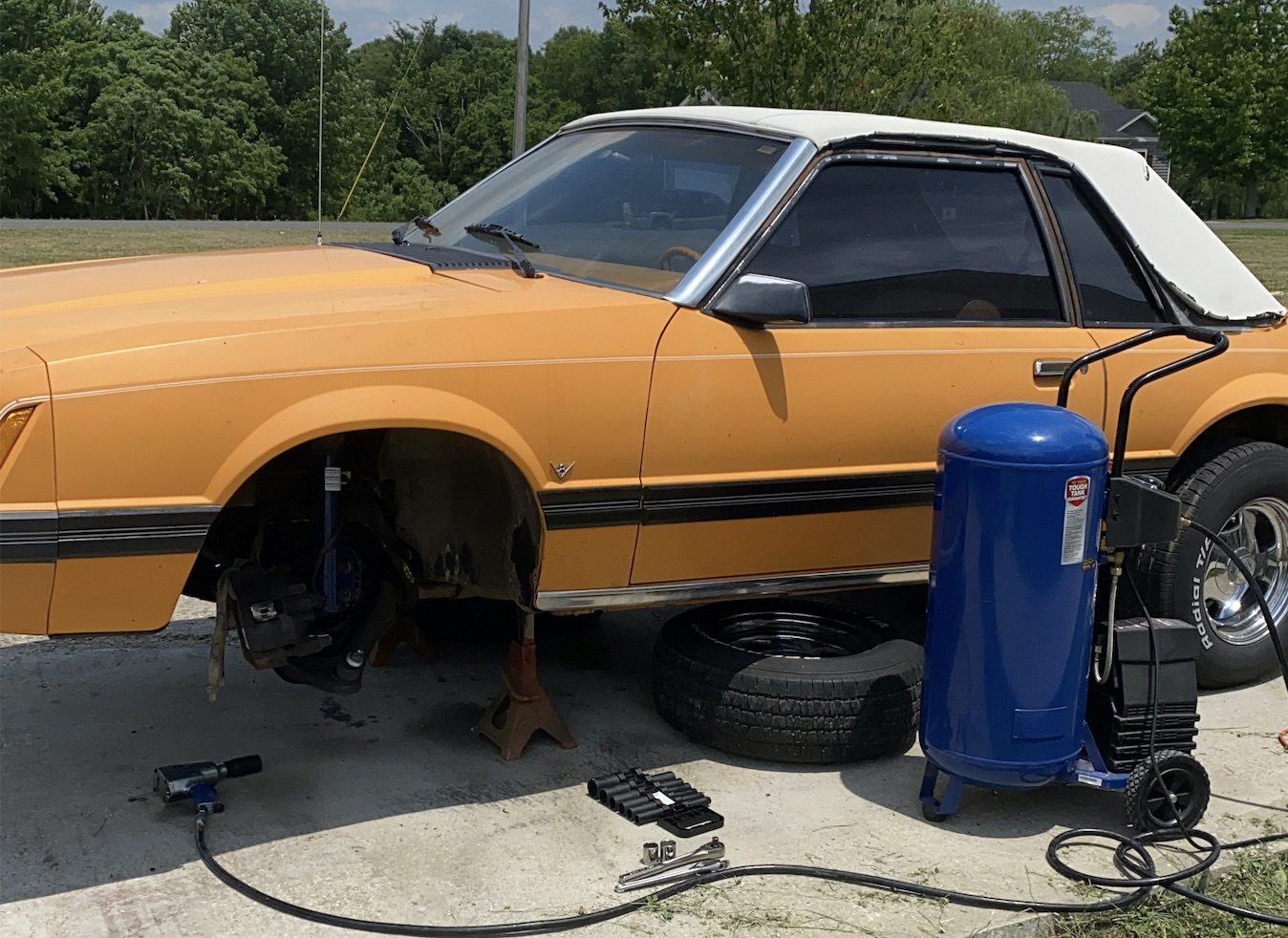 It’s been three months since I’ve put wrenches to the 1980 Mustang Ghia that we call the Great Pumpkin, and it’s simply because I’ve been pissed-off at the car. Other than starting it up and letting it run for a bit, the orange and white creamsicle coupe has sat on the concrete work pad, on jackstands, with it’s front guts hanging out for the world to see. The problem was rooted in the control arms that had to be changed if the front suspension was going to have a chance of ever lining up. When we last had the car down on all four wheels, we had put the Fox body steering rack onto the car and that led to a major toe-in situation. Replacing the steering rack with an SN-95 unit only swapped the toe-in to a toe-out situation, in an equally-large measure. The answer to the problem was to score a set of control arms from a 1995 Mustang that was on skid row and to swap them into our four-eye Fox. Simple, right?

For the most part, yes. Except for one main problem…or rather, four. The mounting hardware for the control arms was coated in some kind of witchcraft-grade Loctite formula that my impact gun, at full kill, couldn’t touch. The three-foot breaker bar with half of the jack handle slid over for some extra leverage struggled. When I walked away from the car, I had the Rough Start car to keep me busy and it has. But now that we have some goodies to throw underneath it, I need that concrete pad cleared. As of now, the new control arms are in place, and I’m waiting on new sway bar bushings to come in before I put everything back together.

LANGUAGE WARNING: There’s plenty of it in here. Headphones, mind the kids, spare your virgin ears, all of that. Here’s what went on underneath the car!

A Study In Steel: Incredible Video Of A Locomotive Being Built In England Circa 1935 Carlisle Ford Nationals 2020: If You Think You Know, Look Again...