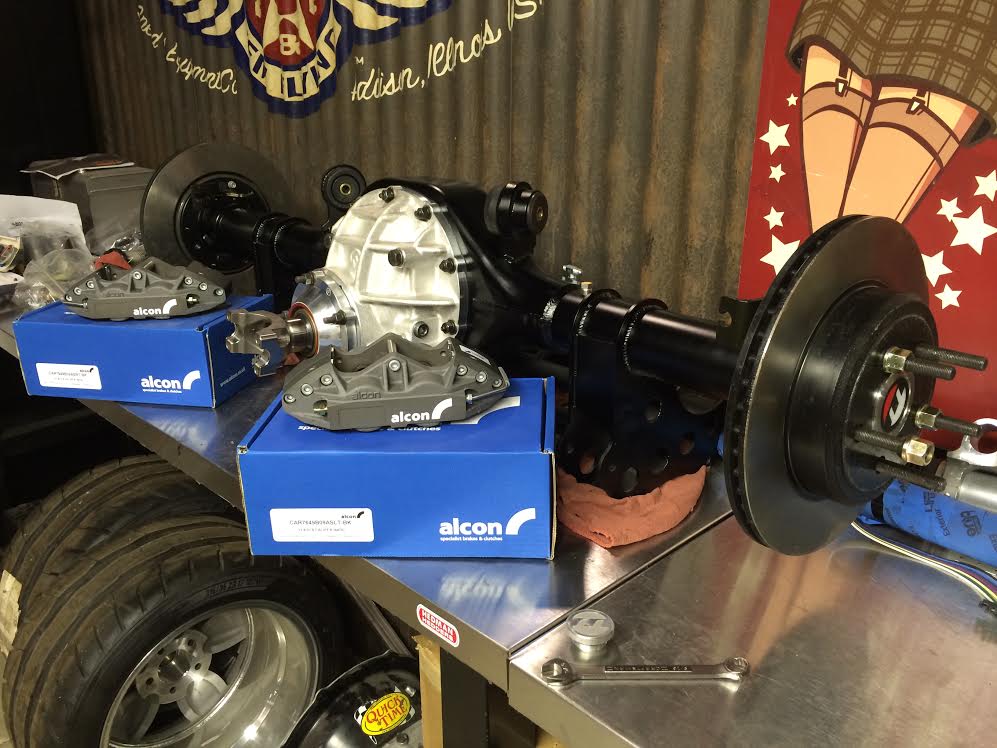 Right now as you read this, Project Violent Valiant’s body shell is in a paint booth getting the final bits of color applied before being returned to Hot Rod Chassis and Cycle next week for final assembly and prep for the car’s debut at the 2014 SEMA show. While the car is away, Kevin Tully and the guys at the shop are thrashing hard on all of the stuff that will need to be bolted to the custom built chassis upon its return. There’s the rear axle, the brakes, the custom dash, the exhaust system complete with a beautifully constructed set of hand made headers, and a whole lot more. This update for the project will include those parts and piece. Next week we’ll give you the full skinny on the 528ci, aluminum block, Indy headed Chrysler wedge engine that will be powering this beast but before we get ahead of ourselves let’s tell you about what Kevin and the guys are doing and preparing this week.

As you’d expect, the HRCC staff has a couple irons in the fire. As the Valiant is coming together so it another project that they are working on, a Mercury Comet that is being built for Craftsman. In talking to Kevin the other day, we learned that the Comet is back from paint and the guys are assembling it this week with the plan being to train their guns on the Valiant next. To say that the boys are hustling would be a gross understatement. In talking with Kevin, he loves the hustle and bustle and understands that there are shops sitting around and waiting for the phone to ring in other places around the country so he’s thankful for the work, even if it seems like a handful every now and again.

So, you are up to speed with the happenings at the shop, let’s take a look at Violent Valiant progress! 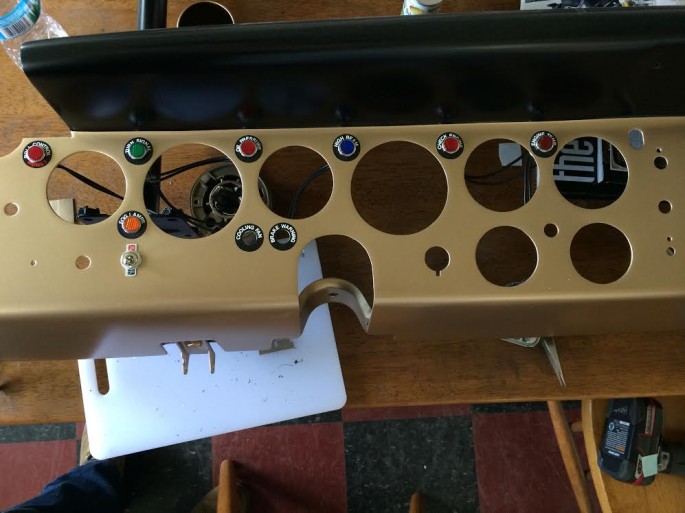 We’ showed you the dash previously when Kevin was laying it out and fabricating it. He went through the details of gauge placement and the sheetmetal work but here it is with its finished color on it as well as a brace of warning lights that Kevin installed. We think that the lights look boss and the labels around them are a very neat finishing touch. If you aren’t watching the gauges, those lights are sure to get your attention if something goes sideways. 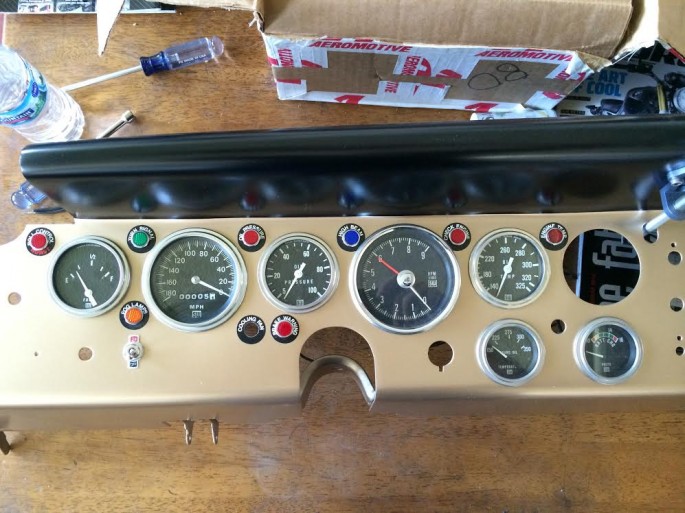 Here’s the final product with all of the Stewart-Warner gauges laid in. Note the speedometer that sweeps from right to left and stops at 180mph. This was the last of these units apparently left in the USA when Kevin and Chad got hold of it. There’s a little reverse rotation gearbox that bolts to the back of the gauge to get it to move in the right direction. The tach is mechanically driven and looks totally classic as do all of the other gauges. A timeless look for sure. 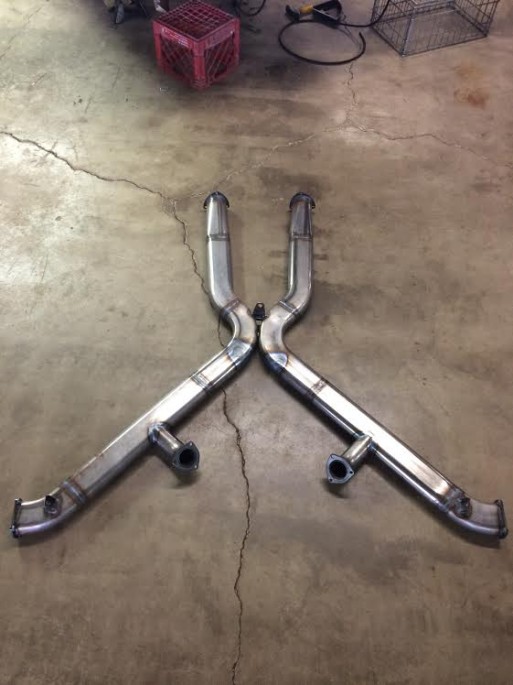 This is some of the most sexy work on the whole car, the exhaust system. Using NASCAR oval tubing from Boyce Engineering, Kevin fabricated this system complete with an X-style crossover pipe. Kevin reports that Boyce has a myriad of different parts and pieces that they make for NASCAR teams but the exhaust tubing is what he needed for this project. The flattened pipe gives more ground clearance and it looks totally awesome as well. This car is going to sound like the end of the world when the 528ci wedge is screaming at high RPM. 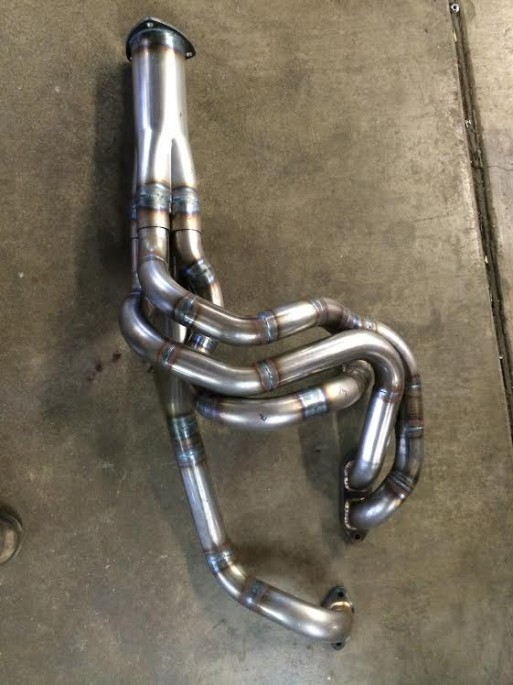 40 hours of Kevin’s life went into building this set of headers. Here’s one side. Kevin uses Pipe Max software to get the right length and diameter for the primary tubes. In this case the primaries are really long at nearly 40-inches. He used a 2″ diameter tube for those. We dig the Max Wedge-ish routing of these. 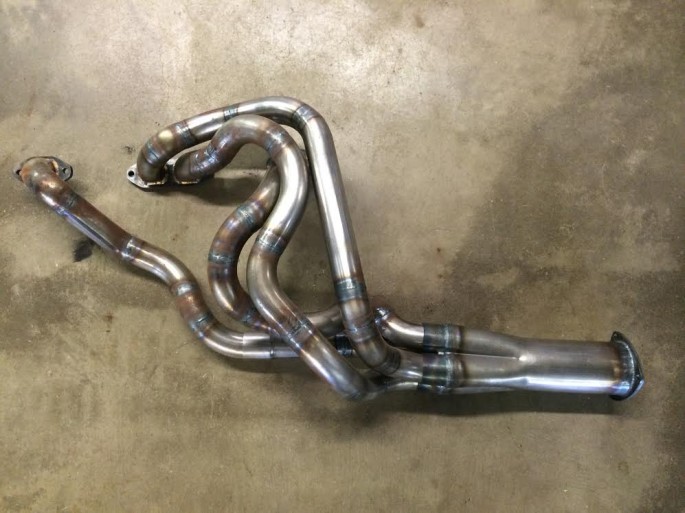 And the other side. Kevin reports that he actually likes building headers, which means he is both our hero and mentally ill. There are people who do this for a living and we’re more attuned to calling them artists than fabricators because when you look at what’s happening here, it really is metal working art. 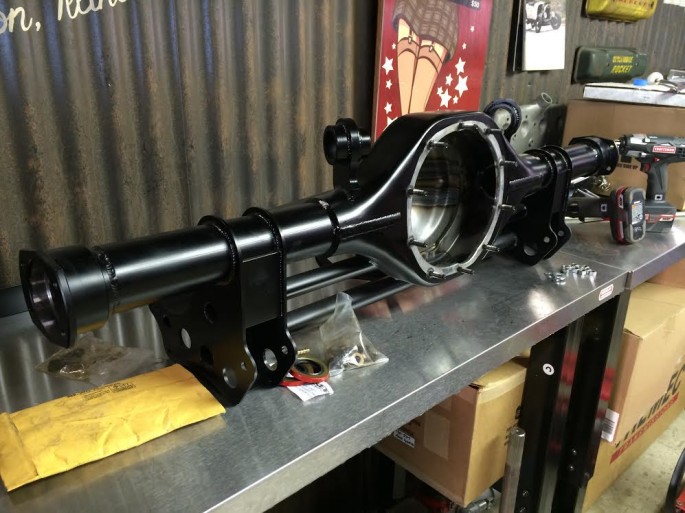 Kevin started with a bare Moser Engineering housing for this rear end and went to town from there. All of the brackets and attachment points were added by him and are pieces fabricated at Hot Rod Chassis and Cycle. Kevin reports that he has a fixture to put the housing in before he starts welding to make sure it stays 100% straight while it is being worked on. HRCC is a dedicated customer of Moser’s and rightfully so. The Indiana-based company has a spectacular reputation for great customer service and high quality components and assemblies. 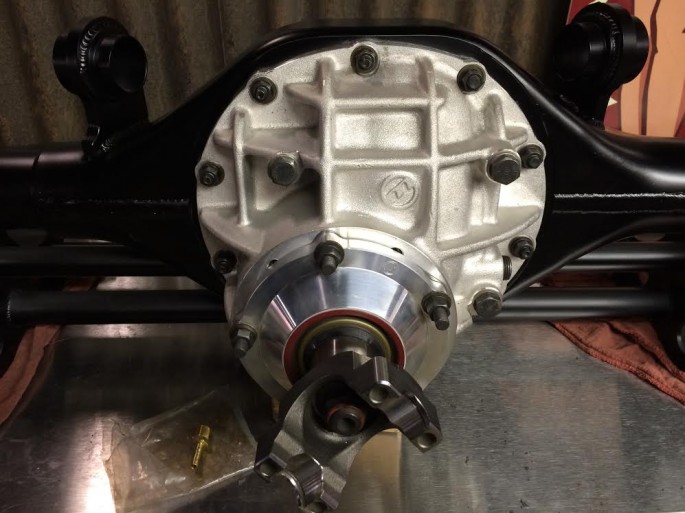 In an effort to keep unsprung weight down, an aluminum center section was used. This center section will be spinning 3.90 gears and will be transmitting the power through 35 spline axles. Tapered bearings were used in this axle because the car will be autocrossed and road raced. Those tapered bearings are far better suited for that environment and will stand up to the strong lateral forces that will be encountered by the hard hooking chassis. 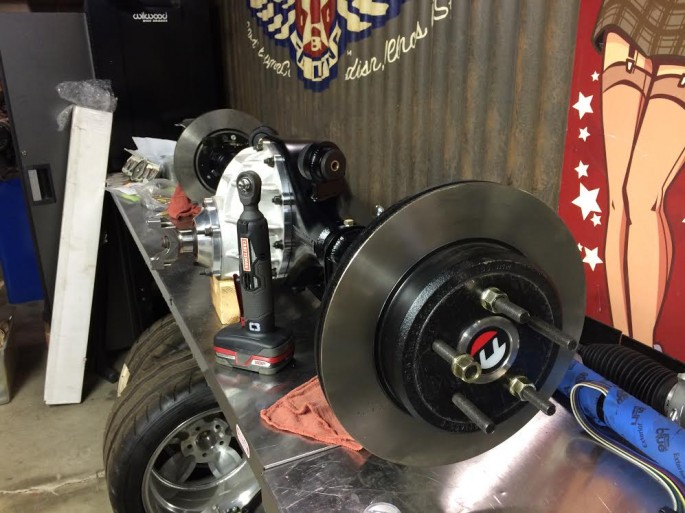 Here’s the axle in all of its completed glory. Tully went with an interesting source for brakes on this project in the form of Alcon. The brakes are obviously disc on all for corners but many of you may not be familiar with the Alcon name. Well, they are a racing brakes company that has begun to get into the street performance market. In fact, it was Alcon (which is based in England) that was the actual provider for the Raybestos brakes used in NASCAR. 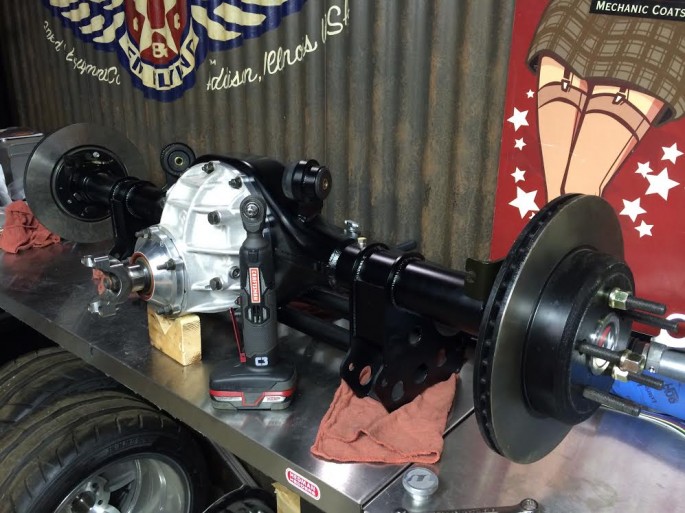 With the upper control arm bushings installed, the brake rotors slipped on, and the center section and axles in place, this is one of the last looks we’ll have of this axle in broad daylight. By the next update it will be living under the car, happily awaiting any punishment that may be coming to visit it. 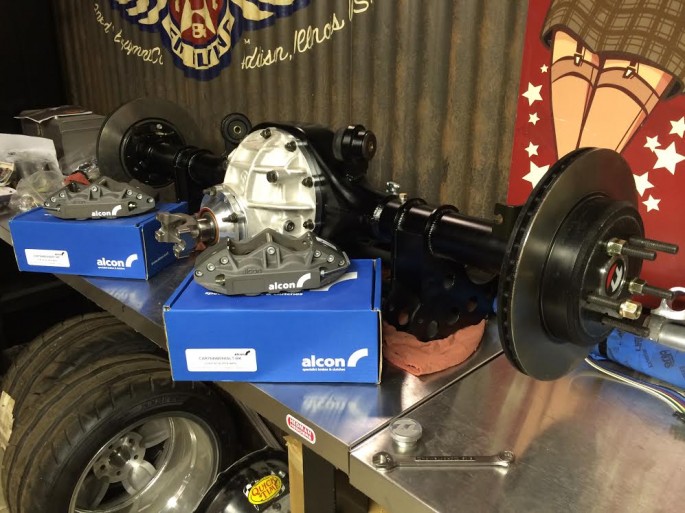 Want to know how to tell that Alcon brakes are serious business? Look at the box. It looks like something you’d take a replacement starter out of. No graphics, no claims, no flash and dash, just a blue box with a white name on it. That’s the mark of a serious company and Kevin said that he’s super expensive to be throwing the anchor out, knowing what’s going to be hauling it down. Serious business, eh?