Tommy Finds A Canadian STUDEBAKER With Chevy V8 – Is This Good, Bad Or UGLY? 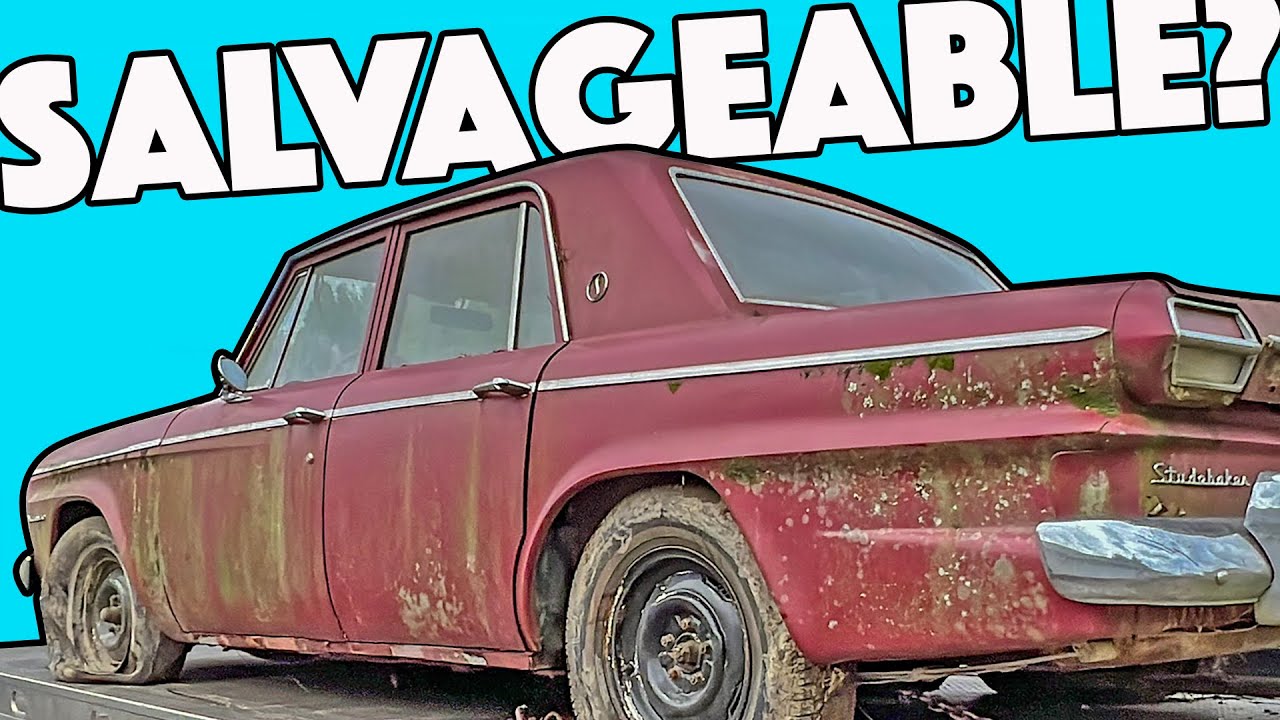 It seems that Tommy has been bitten by the Studebaker bug in a big way lately, and we’re not sure if this is going to be awesome or a horrible decision that is going to run him down a rabbit hole of Studebakerness. After all, how many times have you been out looking at a “parts car” only to think, “Man, I could save this thing…”

Yeah, that’s what is happening to Tommy and while we want to warn him, we also want to see where this goes.

This was supposed to be a parts car for the station wagon, but I felt like it was a much better car. Let’s get it home and take a good hard look at this thing before we dive too deep. Lots of things changed for Studebaker in the 1965 production year, including the closure of the South Bend, Indiana plant, and the move to Canada for all production. As part of this transition, Studebaker no longer built its own engines. Instead, it relied on Chevrolet engines, including the 283ci V8, which is what powers this 1965 Studebaker Commander four-door sedan.

You’ll see that this car turns out to be a little rougher than I imagined and that the engine isn’t quite as healthy as I’d hoped. Stay tuned for more updates on my pair of rare Studebakers!