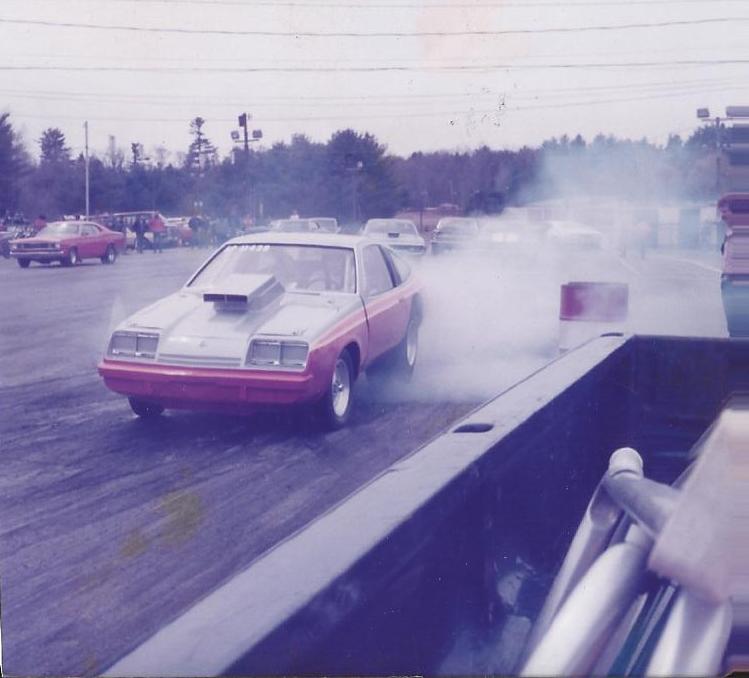 There’s a reason that Chad and I will forever be obsessed with straight line competition on the quarter mile…our dads. The good sense that we got came from our moms but the gasoline in our veins came directly from Walt and Bob. Unbeknownst to them, we have compiled some photos of their days in drag racing during the early days.  Both Chad and I have been lucky enough to hit the strip with our dads when we came of age, but we thought it would be kind of neat to show you all out there in reader-land where our drag racing genes came from.

Chad: Whether they want to admit it, Brian and I are the prime example of Nature vs Nurture being crap. We got both, and now look at us. We’re so addicted to this stuff our wives have to stand around naked while waiving a car shirt just to get our attention. Bob and Walt are why we do what we do.

Hey Walt and Bob…thanks for everything, especially the obsession with thumping engines, tire smoke, race gas, and the eternal search for just another tenth of a second! 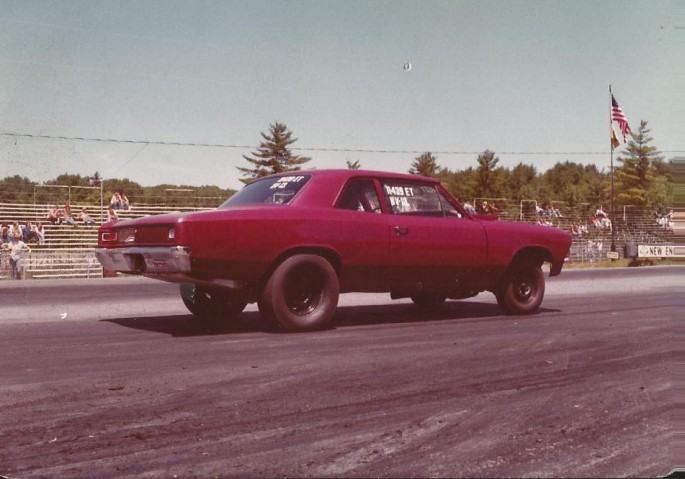 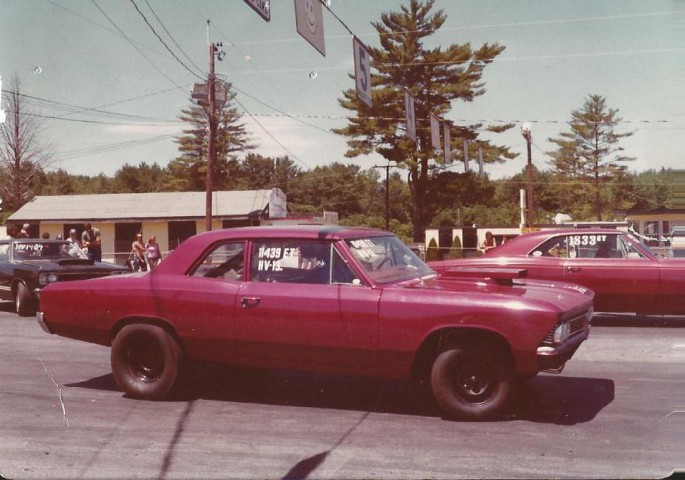 After the Chevelle he moved along to a Pontiac LeMans convertible powered by a 441ci Pontiac engine which was named, “Ten Second Dream” – 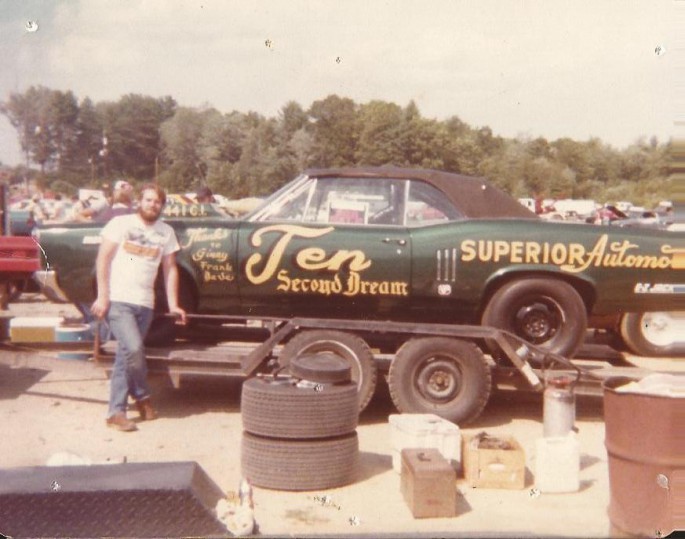 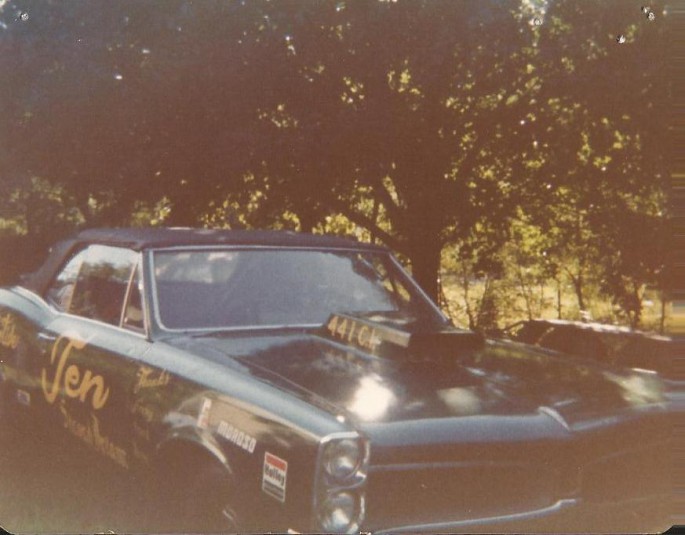 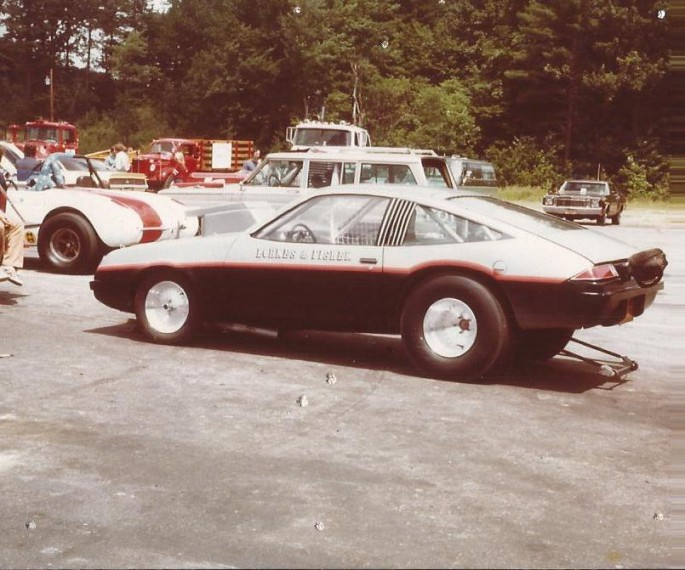 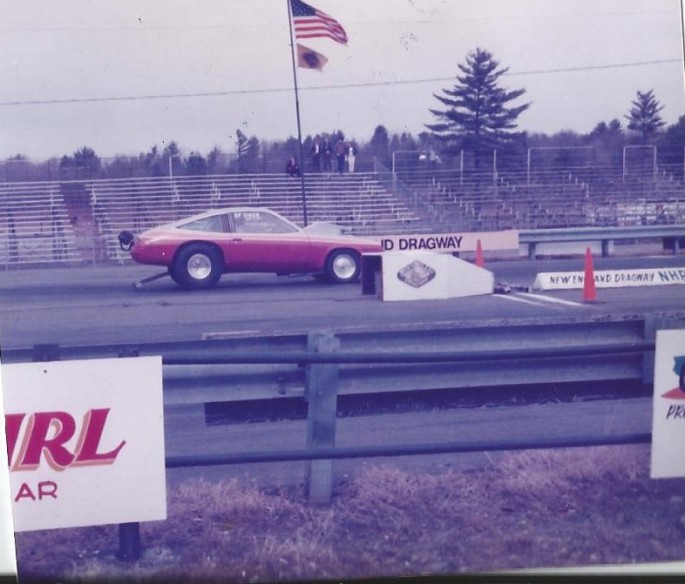 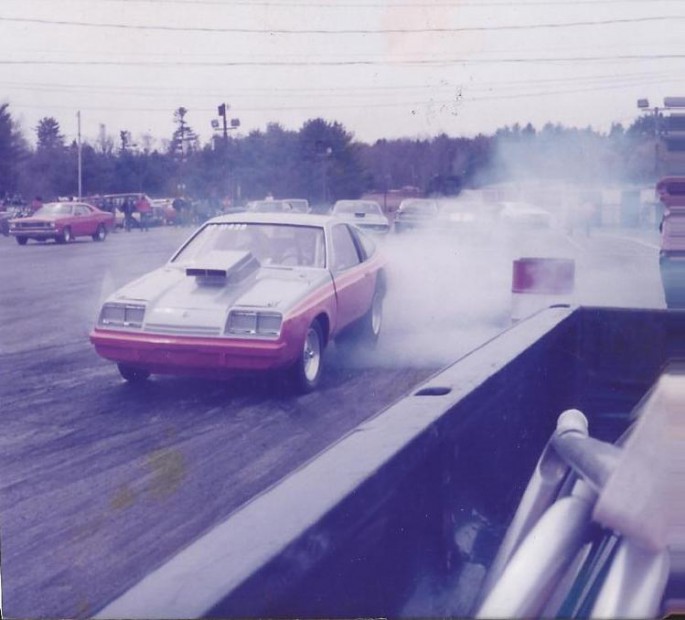 After that car came a 16 year hiatus while he coached soccer, did kid stuff with us, and cruised his 1964 Pontiac GTO. Then came the fateful night I drag raced my bone stock truck. The next morning I sheepishly admitted to him that I did it, he asked for the time slips, and the wheels were set in motion to hit the strip again. The car below started as a mid-12 second car and now, depending which small block is in it,  goes deep 10s or with the larger engine 9.80s off the foot brake. 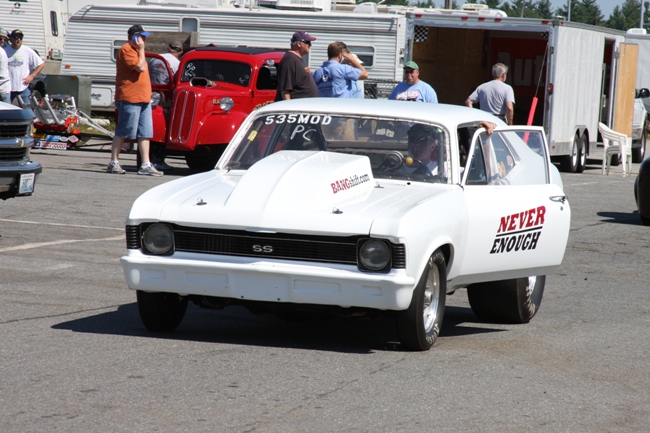 Thanks for everything dad!

Talk about opposite ends of the world. While Bob was running at New England Dragway out east, my dad Walt was tearing up West Coast tracks like Half Moon Bay, where he set a couple national records, Pomona, Ontario, Sears Point,  and our home track Fremont. Literally growing up at the track at Fremont was incredible, but the changes made there over the years that dad raced are cool to see in pictures. The Camaro below is his venerable 1968 Z28 that he bought brand new and still owns. It’s been down the track a ton of times and is now a Drag Week veteran as well. This car has been around longer than I have and is 100% a member of the family. This photo was taken at Fremont in 1969 I believe. 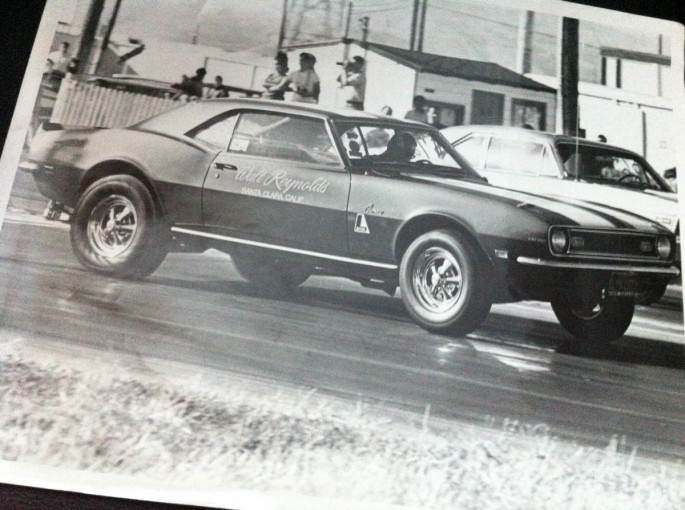 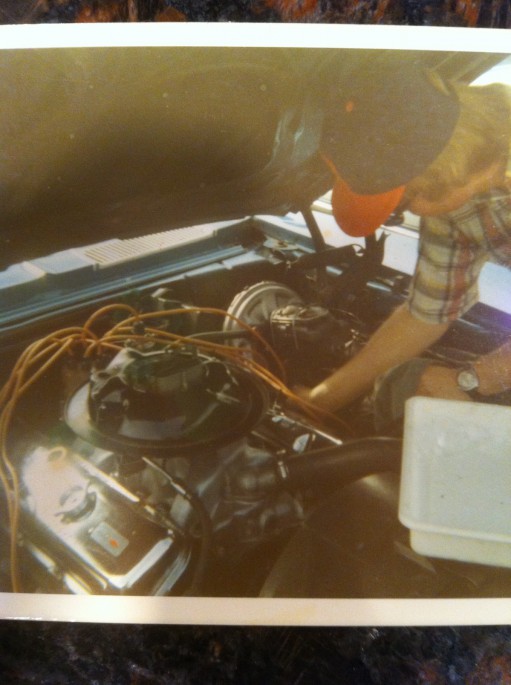 While Dad did drive a few different race cars, including a Toyota Celica in the ’70’s and a 1964 Impala before his Camaro, as well as his 1963 Corvette,  the two cars he made the most laps in were his Camaro, and “my” Camaro. Mine belonged to Jay and Pam Sanders our of Evansville Indiana and was an NHRA National Record Holder, Division Champ, and World Champion car when we bought it in the late ’70’s 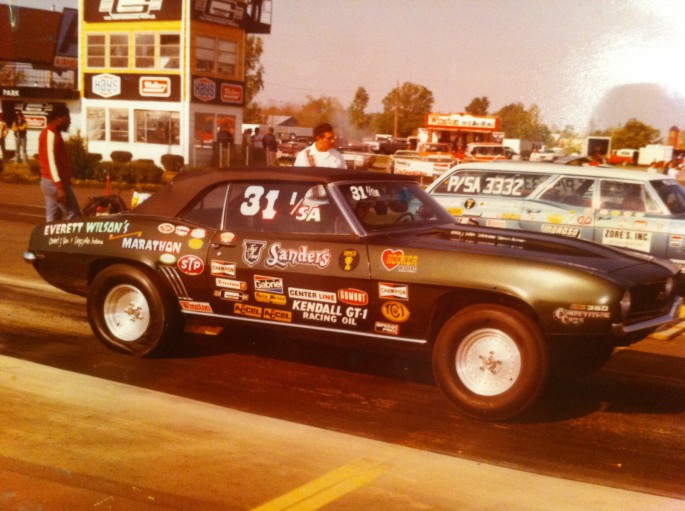 Here it is after we got it and painted it. Lanning was my Uncle “Butch”. They raced that car until the ’80s when it became mine. Yes there is air under both front tires on a dry hop at Fremont. 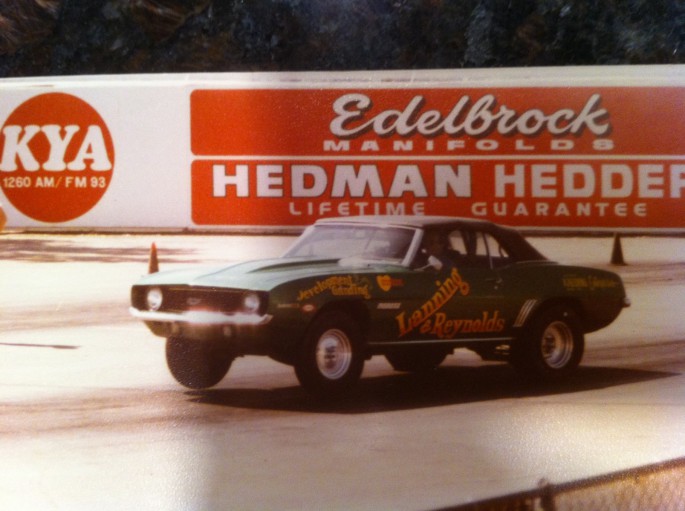 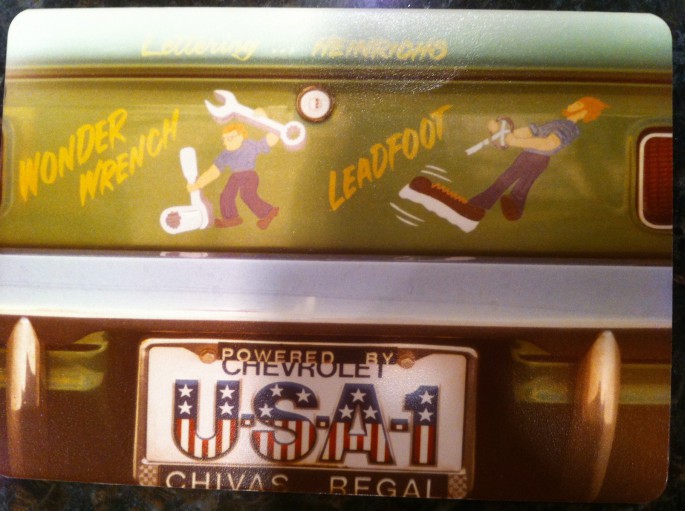 Hooker has been sponsoring me longer than anyone on the planet. LOL Thanks to Dad, with no objection from Mom I might add, my stroller and car seats all had “I love my Hooker Headers” decals on them. It’s a good thing we turned out car guys, otherwise this kind of thing could have been tramatic. 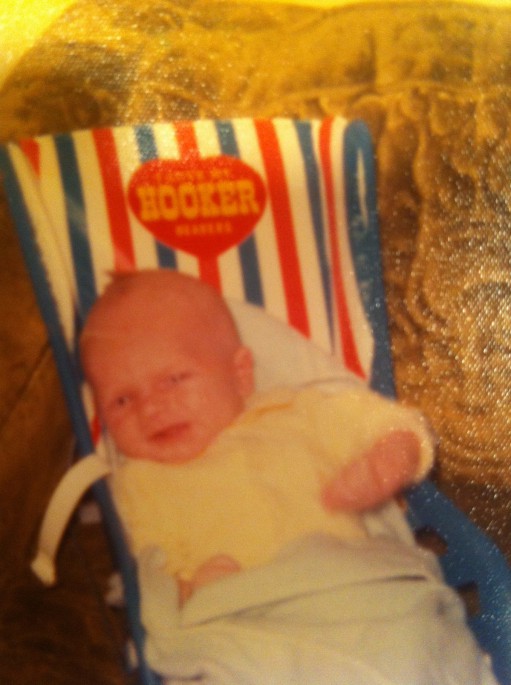 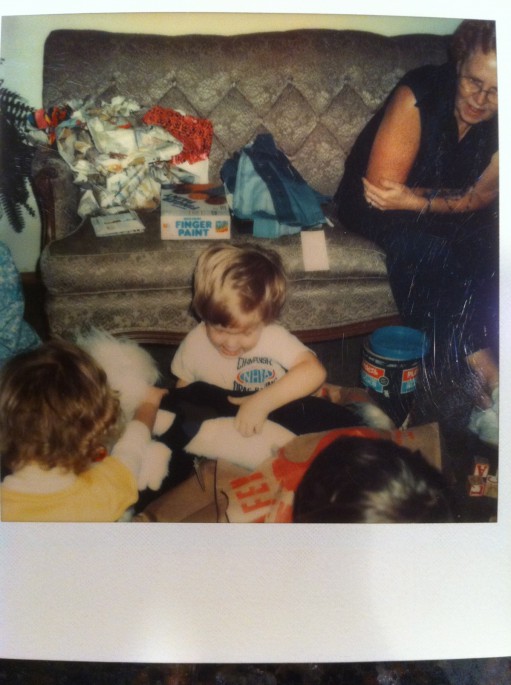 And finally the road trip machine. As all of you know, the two things I love most are drag races and road trips. Well, that’s because we did both a lot growing up. This is the only shot I could find of our fabled Roll-a-Long Motorhome that was traded in on a crappy Pace Arrow in the late 1970’s. Not the decals on the back? NHRA, parts, tracks, Disneyland, states, etc. We drove this thing back and forth across the country several times, and looking out the front window going down the road is one of my fondest memories. So is walking across the track to guide dad into the water at Fremont, and then walking up into the tower to get time slips from Steve Evans. Yeah, that Steve Evans. At 6 years old. Our Dad’s are great. Thanks Guys. 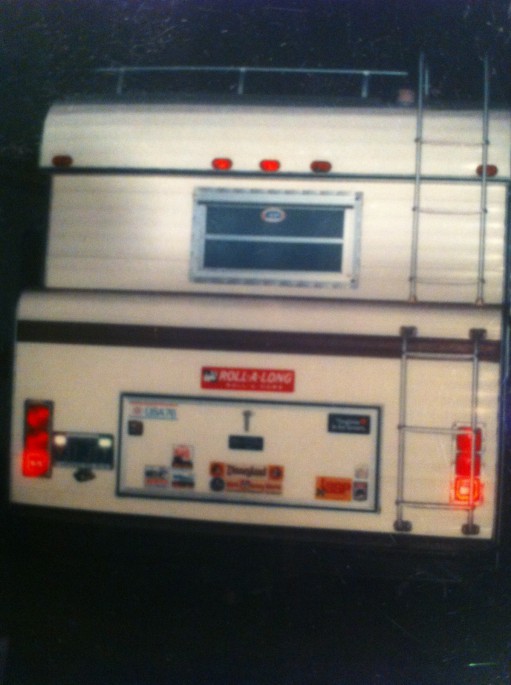 A Tucker On The Dyno?! Watch Tucker 1044 Make A Pull With Its Franklin Helicopter Engine! Awesome Video: In 1989 Testing A Cutting Edge Bigfoot Monster Truck Meant Jumping It Over Parking Lot Curbs