Scrapple, Your Guide To The “meh”-Worthy News! This Week: Woodchucks And Melting Roads! 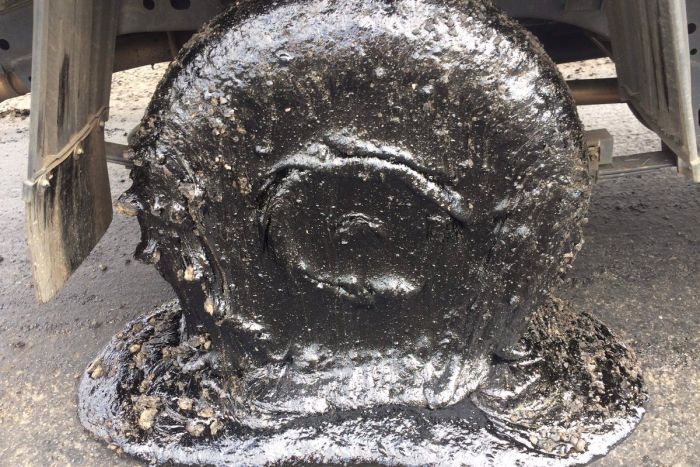 Enjoying the summer? You should be! We’re all busy here at BangShift and are running from event to event! Here at BS Mid-West, we are especially excited, because this week, come hell or high water, the Raven Imperial is getting an engine shoved down it’s gullet, filling the engine bay for the first time since November 2014. That’s something worth writing about, and you’ll see plenty of words spilled over that upcoming fiasco soon. But for now, here’s a serving of some mildly roasted random news bites from this week. This is Scrapple…enjoy! 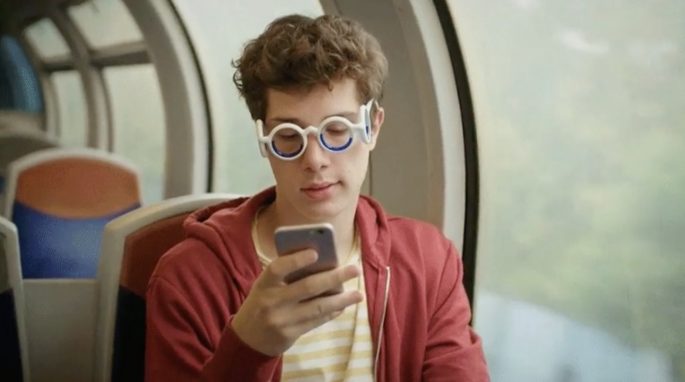 I’m one of those people who can’t read, text or anything of the sort while in motion. It makes flights longer, sure, but I can live with sitting in solace over trying to read a magazine only to find myself wanting to projectile-hurl breakfast onto the gentleman in a suit in seat 7A. It’s just the way I’m programmed and it sucks, but Citroën seems to have a solution. They are called “Seetroën” (yikes) and according to The Truth About Cars, works like this:

“According to the automaker, Seetroën works by having each ring house a tab with with liquid that recreates the horizon line to resolve the conflict between the senses that causes the affliction. Basically, there’s an air pocket, somewhat similar to something you might find on a carpenter’s bubble level, that’s supposed help orient the mind to the true horizon — regardless of where you’re looking. After a short period, Citroën says you can even take the glasses off and enjoy the rest of your trip without experiencing a persistent desire to vomit.”

If they work, they work. But is it worth not wanting to puke over the stifled laughter of other passengers?

Yes this was driven on a road and yes he was sitting on a bucket and steering with a pair of mole grips. Driver will be reported for too many offences to mention! #KingsLynn #WestARV @RPFOUSgt #Unbelievable #1383/652 pic.twitter.com/2Sg8uYhtSt 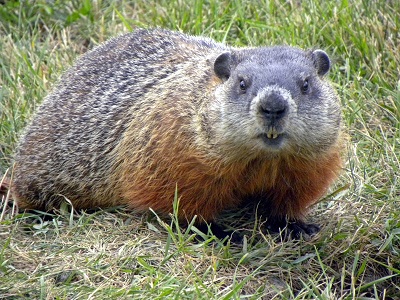 He hasn’t driven in over three years due to the security detail that he has to have, but Speaker of the House Paul Ryan never got rid of his Chevrolet Suburban…he just stored it at his folks’ place until he could drive once more. But recently, it was discovered that the Suburban was dead, due to damage to the electrical system caused by animals munching on the wiring. Woodchucks were blamed after a family of the rodents were found living in the Suburban, but at this point, anything could be targeted as the culprit…mice, rabbits, whatever. The Chevy will be going away when Ryan vacates his seat in favor of a Ford pickup… 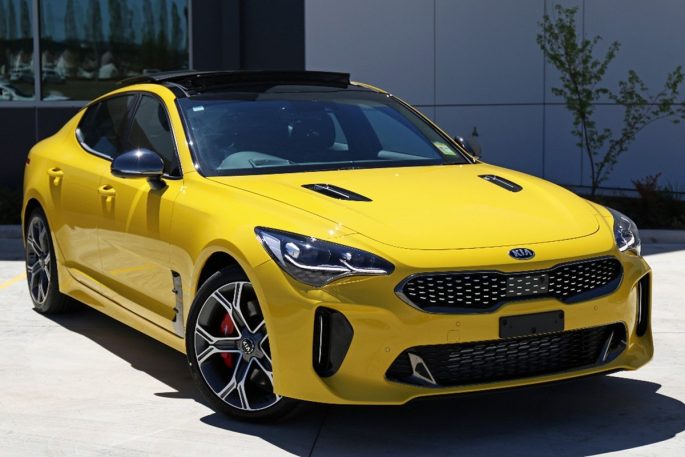 Kia has been forced to issue a stop-sale on any of the Stinger GT models that are painted in the “Sunset Yellow” color, like the one pictured, because it has been discovered that an oil residue that got mixed in with the paint has caused the brilliant yellow shade to crack and chip easily. Lucky for Kia, it’s a limited-edition color that was on 400 examples in the United States. Kia is contacting all of the owners and is offering a free re-spray, plus a lifetime guarantee on the new topcoat.

5. Proof it’s too damn hot outside. 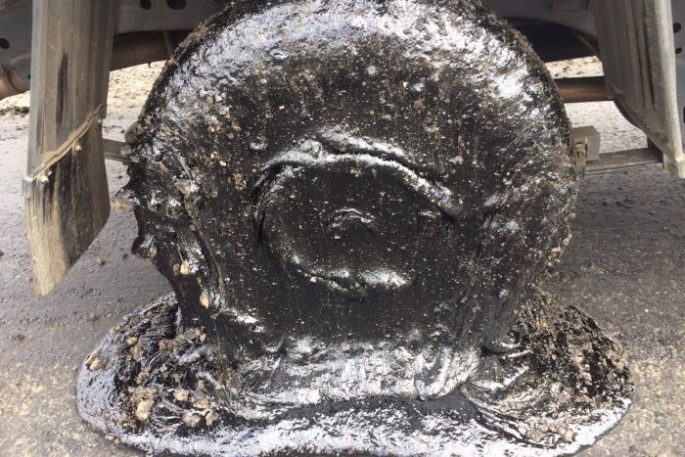 That’s a mess! The Millaa Millaa Road in Queensland, Australia has made the news after…well, pretty much after it melted. A combination of  recently resurfaced road, a strong rain, then unusually hot weather didn’t allow the surface to set up properly, allowing the roadway to turn into a blackened version of fast-food burger cheese. It coated everything so badly that the road is shut down for assessment while the Department of Transport and Main Roads is working to compensate drivers whose vehicles got messed up or hurt thanks to the road made of black caramel instead of solid asphalt.

2 thoughts on “Scrapple, Your Guide To The “meh”-Worthy News! This Week: Woodchucks And Melting Roads!”