Counterfeit Product Alert: How To Identify A Real MSD 6AL Ignition VS A Fake 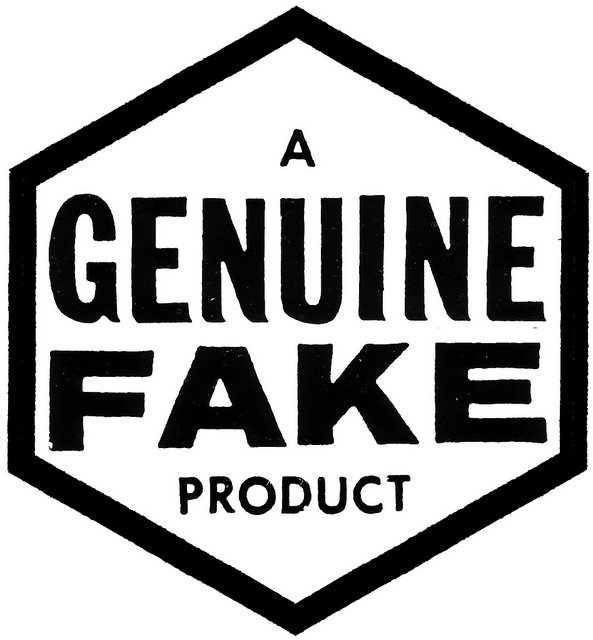 Being the number one selling aftermarket ignition in history is both a good thing and a curse sometimes. The good is pretty obvious, but with sales of jillions of MSD 6AL boxes also comes access to them and the ability to copy them pretty easily. We aren’t sure why people can’t just spend time making money legitimately like the rest of us, but whatever. MSD just posted this on their Facebook page today and we found it interesting that this problem continues for so many U.S. Manufacturers.

If you find counterfeit hot rod parts, please inform the authorities or the company that builds the authentic parts. Counterfeits cost our economy more than $250 BILLION dollars per year according to most expert opinion. That’s a crap load of money folks, and enough that it makes a real impact on our economy. Clearly all those aren’t car parts, but even a small percentage of the total counterfeit pie is a large chunk of change, so keep your eyes open and report counterfeit parts. Here is some great info from MSD on their experience with counterfeiters and how to spot the fakes.

Originally posted on thecounterfeitreport.com by MSD.

MSD Ignition has recently received MSD 6AL ignition units to be repaired that were counterfeit.

The striking detail to which these units match real 6ALs warranted a further examination into the problem. The two counterfeit MSD units that were returned to MSD ignition are very difficult to identify from an external inspection. To the untrained eye, it would be nearly impossible to identify it as a counterfeit.

The labels, color, shape, wiring colors, housing design and cylinder select cover are all near perfect copies. Externally, the largest difference is the quality of the wires, protective sleeves, and connection terminals used.

Another clue is that both counterfeits used the same serial number – 682013.

The counterfeit boxes are inferior in these respects to the real MSD units. Other small clues as to the counterfeit include using the wrong style mounting screws and reversing connection outlets on the side of the box. On MSD’s real 6AL boxes all terminals, such as the rev limiter module holder and the cylinder select cover, use Torx style screws. The counterfeits use Phillips headed screws to hold
these mounts.

Once the units are opened, the differences are obvious. MSD’s printed circuit board (pcb) and other internals are neat and identical from one unit to the next. The fake boards have a “BK” marking on them, which is believed to be linked to the board maker. The first unit received has a blue pcb where MSD’s are green. The second unit is covered in a hard, black potting material but chips in the potting show the board to be blue as well.

The components and layout of both counterfeit units are similar to each other but are not like any recent MSD unit.

Although these units have been caught by the experts at MSD Ignition, there is no doubt that other units are in the hands of the public. Counterfeit 6AL boxes that reach the level of replication detail such as these examples could easily be passed as an authentic MSD Ignition product to the public.

For more information on MSD Products for your vehicle, vist MSDPerformance.com 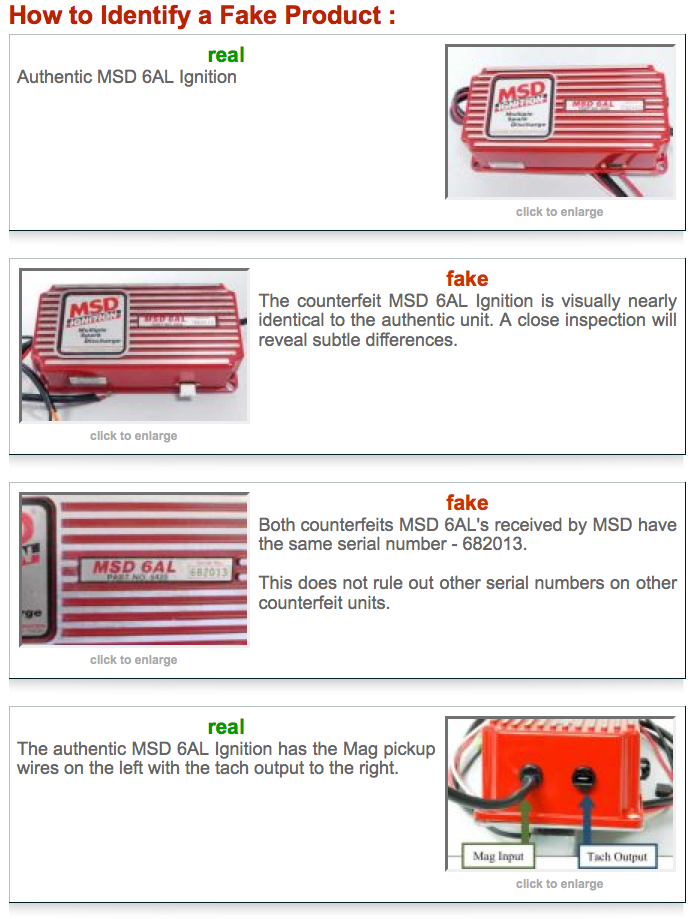 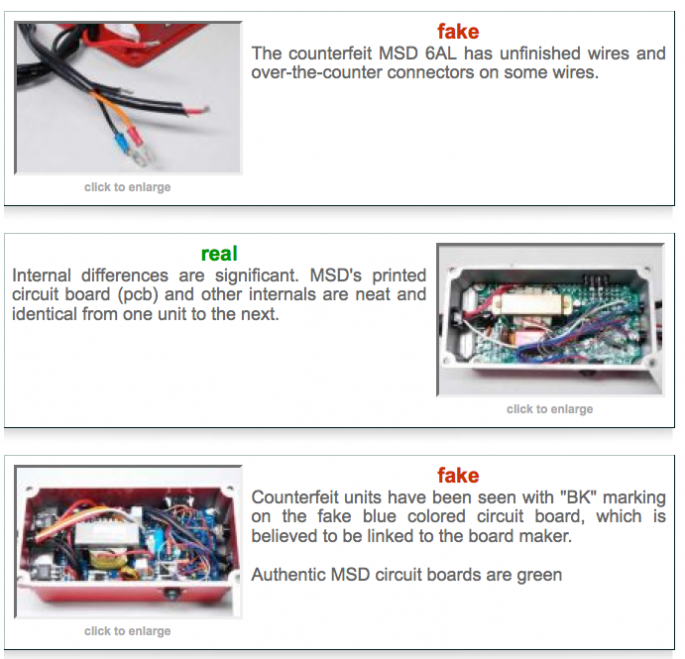 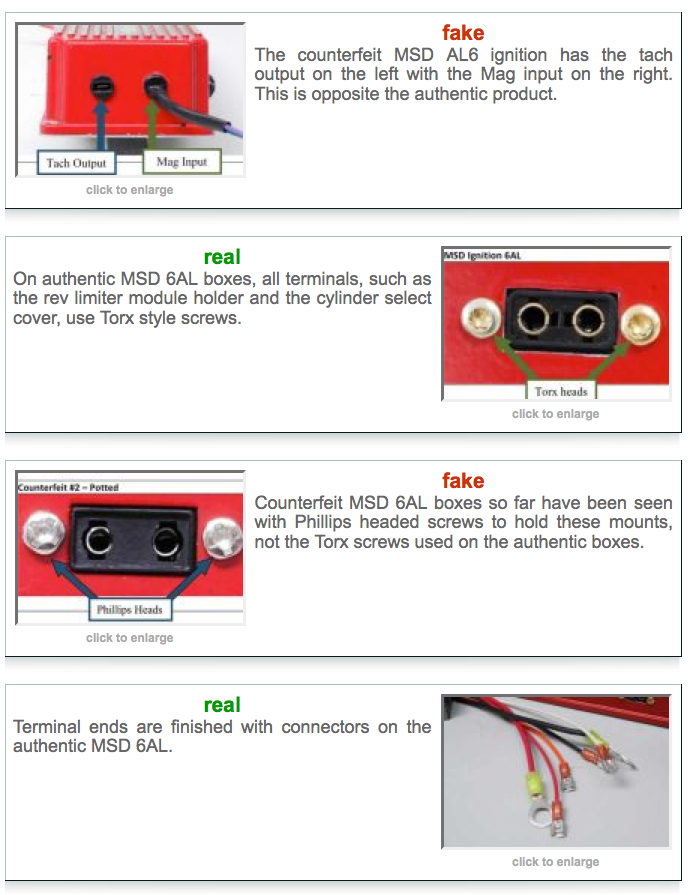 9 thoughts on “Counterfeit Product Alert: How To Identify A Real MSD 6AL Ignition VS A Fake”