Video: This Demonstration Of An MSD ProMag Is Insane And Awesome 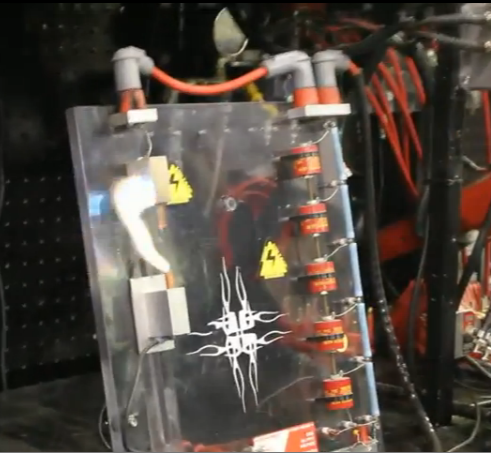 Just about every damned thing involved with a top fuel dragster is completely effing nuts. From the tires to the cylinder heads, the blower, and especially the fuel system, the amount of power these systems are working together to harness is incredible. If you are a real gearhead and you know at least something about the cars, there is one element that you may have to respect above all others and that is the ignition system. How often have we heard an announcer say something about how the magnetos produce current levels equal or greater than an arc welder? That’s all well and good but what does that number really mean? What would it look like if you were able to see it?

It would look exactly as you see it below, except there are two of those units each providing the comically huge amount of juice necessary to keep lit a torrent of nitromethane that won’t stop entering the engine until the driver literally shuts a valve, stopping fuel flow. Chuy Nava from MSD Performance sent us this video clip from the shop, depicting a couple of workers and a test run stand running a ProMag. The footage is honestly awesome and the results of the test are near beyond all comprehension. Think the HEI setup you have on your small block is tough stuff? Watch this and reconsider.

The power shown in this video is enough to kill a guy and do it in a painful manner. The ProMag is literally generating a lightning storm in that cylinder and it is the only reason the engine doesn’t hydraulic on every pass. Anyone want to lick their finger and touch it?

Flippin' RVs Is On Tomorrow! Insider Vintage Trailer Photos Are Here! Unknown Parts Counter Guy: My Kingdom For A New Hire That Will Actually Work

One thought on “Video: This Demonstration Of An MSD ProMag Is Insane And Awesome”