Can You Bolt LS Cylinder Heads Onto A Ford 351 Windsor? And Will They Actually Work? 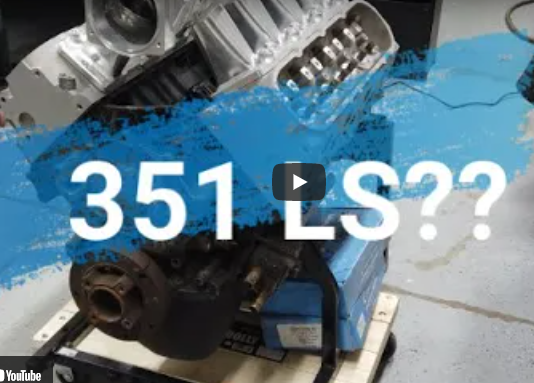 Since the LS engine came out there have been Ford guys all over the world spouting off about how GM used Ford cylinder head design on them. Of course no GM guys wants to admit that might be true, and Ford guys don’t want GM guys getting to use it even though they abandoned pushrods a long time ago. So it is what it is. But will the two go together? Can you actually bolt up a set of LS cylinder heads onto at Ford short block and make them work? Well apparently the answer to that is question is maybe. Or I think I can. Or hold my beer and watch this.

Whatever the reasoning, the guys at GMTgearHDs decided they needed to try it out. And they shot video. In fact, several videos and we’re going to start sharing them with you folks right here. Below you’ll find the first two videos in the series so you can see just what makes these guys tick and why they think it will work. They won’t just bolt on. Or will they? They are obviously going to require machining, and custom parts, and all kinds of stuff. Or are they?

Short Range In A Huge Country: Canadians Can Now Buy A Tesla With Only 94 Miles Of Range Shawn Is Finally Going To Build The 1972 Chevrolet K5, And It Is Getting A Big Block!

2 thoughts on “Can You Bolt LS Cylinder Heads Onto A Ford 351 Windsor? And Will They Actually Work?”