Ever Wonder Just What Goes Into Chopping A Top On A Merc? This Video Shows Every Step From Start To Finish! 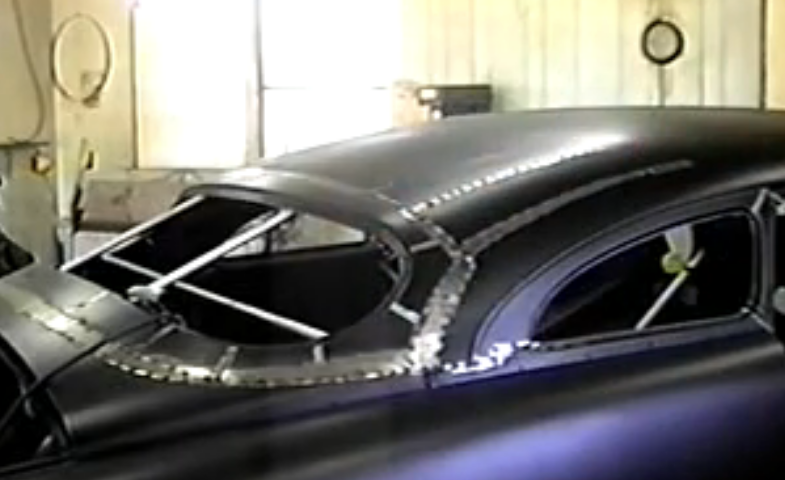 It’s 4 hours long, but if you want to know how to chop the top on a Merc then this is the one to watch. It’s not new, and it’s not in HD, but man it is complete and detailed. I’ve always wanted to find a shop that would chop a top live with us, because I think people would find it amazingly interesting and it would be fun as hell. This video shows you just how to do the job and what pitfalls to avoid. I’ve worked on a few Mercs, and some of them have been chopped better than others. I have never chopped one myself though! There are a lot of cars that are traditionally chopped, but something like the 49-51 Merc is a challenge to say the least. There are so many curves going on, and that all changes and doesn’t line up when the initial cuts are done. That makes chopping one of these an ultra easy chop to mess up and make look weird. There is nothing worse than seeing a fat fenders round style hot rod that has had the chop done poorly. The roof can sometimes end up with weird flat spots or rounded shapes that just don’t flow anymore, and that just isn’t right. When done right, a chopped top should look like the car was originally designed that way. Do a chop like the one in this video and that is exactly what you’ll get.

Best of 2019 Top 11: Gearhead Things Your Significant Other Has Had To Tolerate! Best of 2019: Ride On A Crazed, Radial Engine Powered European Pulling Tractor - Header Flames Galore!

One thought on “Ever Wonder Just What Goes Into Chopping A Top On A Merc? This Video Shows Every Step From Start To Finish!”