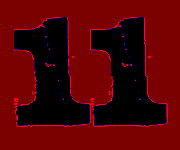 (By Matt Cramer) – Few automakers can deliver a string of unbroken hits, but fewer still can retire a nameplate after one generation and resist the urge to dust off the names of some of their previous greats for the next generation of cars.  So if one car manages to attain legendary status, it’s bound to have sequels, and chances are sooner or later one is going to fail to live up to the original.  Some cars fall shorter of the mark than others, however, and here are eleven that miserably failed to live up to their namesakes.

Several of these could be rescued by a determined BangShifter, with the worst problems being poor engine choices, excessive smog equipment, or other things that could be redeemed by simply adding massive doses of horsepower.  Sometimes the manufacturer even managed to correct these problems before that model generation was over.  Some of these cars, however, you’ll probably agree are beyond help, short of truly demented projects involving tube chassises and major body panel resculpting that leave little besides the once-glorious nameplate.

11. The right Mustang for the time: Ford called the 1974 Mustang “The right car at the right time.” This seems to have been true, but that’s more of an indictment of the time than praise for the car. Gas lines meant buyers would actually appreciate that you couldn’t order a V8 that year, and the popular mind expanding drugs of the time allowed buyers to get past the awkward styling by allowing them to taste the groovy colors and hear the loud decal packages. Let us all hope there will never again be a right time for Ford to build this kind of Mustang.

10. The not-so-fabulous Hornet: The original Hudson Hornet dominated NASCAR and did quite well in drag racing, launching the career of such racing legends as Smokey Yunick, Marshall Teague, Herb Thomas, and Jack Clifford. When AMC revived the name in 1970, their new Hornet wasn’t a horrible car, but it never had a chance at living up to the original.

9. Worst Dodge Charger: Chrysler has come out with several Charger versions that made Mopar purists scream, from four door versions to front wheel drive, four cylinder models.  However, the lowest point of the line has to be the 1975 through 1978 run, with worse performance than the Volare Road Runner (which narrowly avoided this list itself).  While they still could be ordered with a big block driving the rear wheels, the top engine option was a 245 horsepower 400.  The styling resembled a Cordoba, and the beast was so heavy the later Omni-based Chargers could walk away from it in a race.

8. Worst Mustang Cobra: Given it’s coming up on its 50th consecutive year of production, the Mustang’s bound to have had more than one
low point.  While you may be expecting the Mustang II King Cobra to be the worst Cobra variant, that title goes to the ’80-’81. This version had all of the tasteless graphics of the earlier King Cobra, a worse handling platform, and a 4.2 V8 with 120 horsepower, and no manual transmission option.

7. Dodge Challenger Gallant: The Challenger started the ’70s armed with a 426 Hemi. After axing the original version, they brought it back… with a Mitsubishi 2.6 Hemi.  The platform they used eventually evolved into the Mitsubishi Starion, which was kind of interesting in an ’80s way, but this Challenger arrived before Mitsubishi had firgured out how to get any power, or reliability, out of their 2.6.

6. Dodge Ram Daytona: The original Dodge Charger Daytona existed for one reason: An excuse to sneak an over-the-top aerodynamics package into NASCAR.  It was created by engineers, not the marketing department, with a strict form-follows-function rule.  That wing generated so much downforce it had to extend through the trunk to the subframe, so the downforce wouldn’t crush the quarter panels.  How well it would sell wasn’t even a concern, and few people wanted to buy something so strange looking for a decade.  While the Daytona package saw one second-rate revival (see Worst Charger), and the Daytona became an independent model at one point, the most heinous abuse of the Charger Daytona
legacy had to have been when Dodge decided to make a Daytona packaging for the Ram.  The little cariacture of a Charger Daytona wing they stuck in the bed wasn’t something they could run in NASCAR’s Craftsman Truck series, and even if it had been let into NASCAR, it wouldn’t have been any help.  The “Who cares how it sells, just make sure it goes faster” mentality of the original Charger Daytona was turned completely backwards in a cynical marketing gimic.

5. Toyota Nova: In the ’80s, Toyota was looking for a manufacturing plant in the US, and GM was looking for a better econobox. So they drew up a deal to build the NUMMI factory in California, which would build Corollas for Toyota, and, well, Corollas for GM. Of course, it wouldn’t do to sell this as a Chevy II Corolla, but they could have just gone straight to calling it a Prism instead of sullying the Nova name for three years.

4. Stutz Bearcat: Even cars of the Roaring Twenties weren’t safe from ill-advised name revivals. The 1960s and ’70s had several people try to adapt ’20s styling cues to then-modern cars, such as the Gazelle kit car and Excalibur.  Few people took this ’20s revival quite
so far as James O’Donnell, who bought the rights to the Stutz name in 1968 and hired Virgil Exner, stylist of the first Chrysler 300C and other famous over the top Chryslers, to design new Stutzs.  Only 13 Bearcat convertables were built, with carbon fiber bodies on Pontiac running gear. The interiors were actually pretty good, and the exterior might have looked decent if some of the Virgil Excessive tendencies had been toned down a bit.  But there’s no way a modern car can look good with side pipes and an exposed spare tire on the trunk.  And the minimalist personality of the original Bearcat, which didn’t even have a windshield for the passenger, was nowhere to be found.

2. Ford Galaxy Minivan: Yes, a lot of the original Galaxies were people movers, and it was originally spelled Galaxie, but still, that’s no excuse. At least it was only sold in Europe.

1. Pontiac Daewoo LeMans: In the 1960s, Pontiac used the LeMans name for the model line that spawned the GTO. In the 1980s, they revived this for a rebadged Daewoo subcompact. While the first version may have been more appropriate for drag racing than its namesake road race, the only racing the ’80s reincarnation could be interesting to watch in is a demolition derby.

Matt Cramer is the co-author of Performance Fuel Injection Systems, a newly released book from HP Books. This work covers many aspects of OEM EFI systems, EFI Conversions, and performance tuning EFI systems. We highly recommend scoring a copy if you are all curious about EFI. It carries the vaunted 100% BangShift.com Approval! The book can be ordered by CLICKING HERE