The Aussie Bridge Drifters And The Panic That Follows: A Look Into The Anti-Hoon Culture 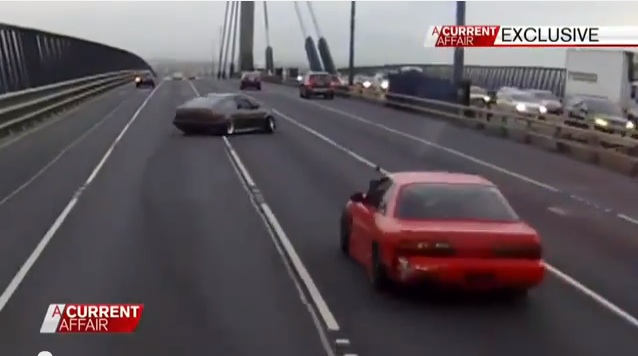 First things first: at no time are we going to defend the actions of the people that are in the Toyota Sprinter and the Nissan Silvia captured in this dash-cam footage. Four-lane drifting, at speed, on a public bridge in the middle of daytime traffic has to be one of the stupidest stunts we’ve ever seen and there should be no issue with police trying to locate them. Their actions are idiotic bordering on deadly and they deserve to be at the wrong end of a judge in court.

But that isn’t why this clip is being posted. No, really…I want you to take a look at the anti-hoon attitudes in the video. Our Australian friends have been telling us for years now just how strict Australian police are over “hooning” in all of its forms, and after watching this piece, from the Aussie edition of A Current Affair, it’s not that difficult to understand what’s driving those perceptions. Ignore for a second the reporting on the cars and look how the driver of the truck is portrayed. He isn’t simply a concerned citizen in this piece…instead he’s treated and portrayed as a victim, someone whose life is scarred by what he saw. The reporters aren’t much better in this regard, playing up the victim factor. 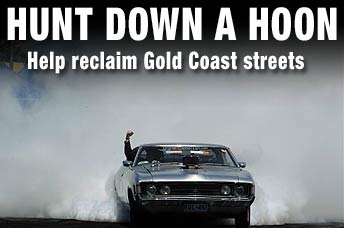 Nobody on either side of the Pacific will argue that these two cars were involved in purely illegal things and that it reflects poorly on the automotive community. But do you start to get a sense of the witch-hunt mentality that is going on? A quick search of the Internet shows public vehicle crushings, 10-car-a-day impound rates, and a very strong push by authorities to report hoon activity. If such activity looks like what’s in the video, go for it, absolutely. But we all have stories of the neighbor that seems to have it out for anything car-related, or a housing authority group trying to overstep their boundaries…imagine if the police were not only on board with them, but leading the charge. 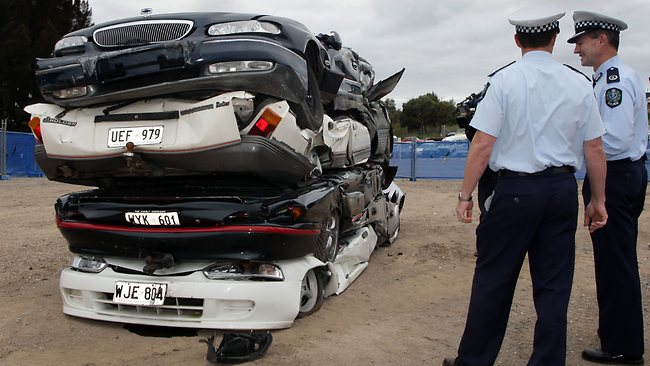 (Thanks to Anthony Mahone for the tip)

11 thoughts on “The Aussie Bridge Drifters And The Panic That Follows: A Look Into The Anti-Hoon Culture”