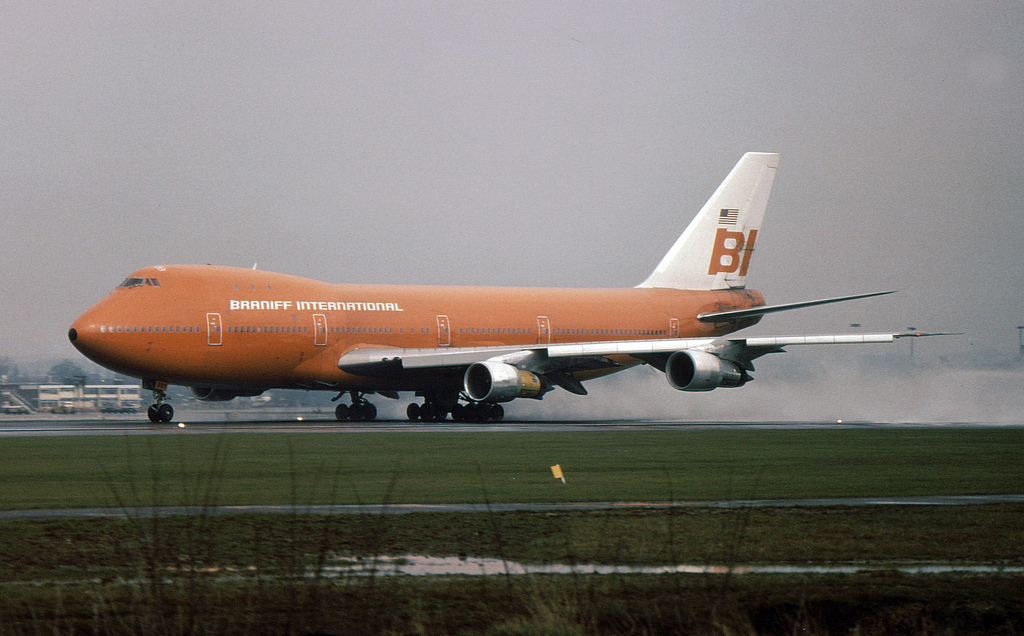 Come Tuesday, there will no longer be any U.S. based airliner service that utilizes what is arguably the most instantly recognizable airliner ever made, the Boeing 747. Since it’s rollout in 1968 and it’s entry into passenger service in 1970 for Pan Am, the 747 has been the essential jumbo jet for the world. The distinctive hump-shaped forward compartment on the four-engine widebody cannot be mistaken for just about anything else on the runway. After nearly fifty years of flight, however, many twin-engine jets have taken over the long-haul routes that were the 747’s main reasons for existing for passenger service, and come Tuesday, Delta Air Lines will operate the final revenue flight with a Seoul, South Korea to Detroit trip. Cargo carriers will continue to use the 747, as will overseas airlines like British Airways and Lufthansa, but the Queen of the Skies will reign no more here. With that, we felt it was fitting to tell the story of one jet in particular. 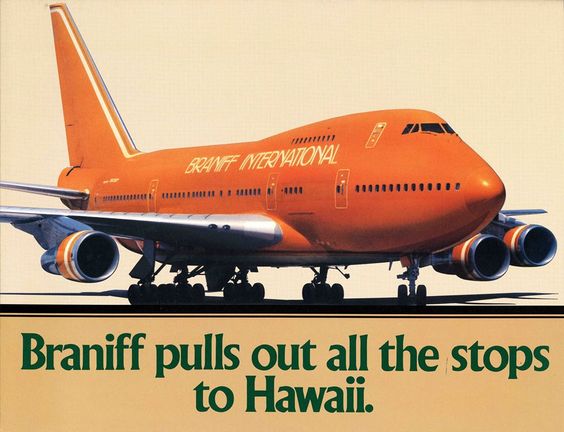 One of the most famous 747s to ever exist out of the 1,500 or so produced was “747 Braniff Place”, better known as tail number N601BN. If you weren’t flying often before the very early 1980s, you won’t know this jet at all, but if you’re a bit older chances are you might remember Braniff Airlines and their “Flying Colors” jets. Unlike today, where most aircraft stick with very light colors that don’t offend, Braniff embraced color like no other airline before or since. With colors like Persian Green, Metallic Blue, Burgundy, and Chocolate Brown, you knew whose planes were whose. And N601BN was the most vivid of them all, painted bright orange with white trimming and lettering. Nicknamed “Big Orange” and “The Great Pumpkin”, the 747-127 was delivered to Braniff International in January 1971 and from that moment until Braniff International closed down on May 12th, 1982, the Boeing did a stellar job for the airlines. In six years’ time, the airframe had over 30,553 flight hours, a world record, and a cycle ratio of .14 per flight hour, also a world record. To explain that one quickly, a “cycle” amounts to a takeoff and landing of one flight and is a way to track structural stress based on aircraft pressurization. Big Orange was only a mildly used jet at that point. And to top off the list of incredibles, it held one other world record: a 99.0 dispatch rate. Braniff got their money’s worth out of N601BN. 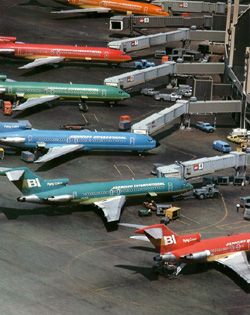 Unfortunately, it wasn’t enough to keep the company going. Between airline deregulation in 1978 and the impact of fuel costs, which had climbed to almost 94%, Braniff was bleeding cash like there was no tomorrow. Not even the sale of their South American routes staved off the inevitable. After being denied an extension from the airline’s creditors on May 11, 1982, CEO Howard Putnam set in motion the end of the airline. On the morning of May 12, word started to spread around terminals and ticket counters that something was up. The Latin America division of Braniff called their planes home to Dallas-Fort Worth International Airport, the airline’s home base. The colorful 727s and DC-8s were being parked outside Terminal 2W, but N601BN, operating as Flight 501 (DFW to Honolulu) were taking off on what was going to be their final flight. After seeing Braniff’s last 747SP returning to Dallas instead of being in Miami, being prepared to fly to Buenos Aries, a member of the crew reached out to a HAM radio friend and minutes later got the word that the company was going under. Stunned, the flight crew tuned one of the aircraft’s radios to an AM station in Los Angeles which confirmed the news…and also mentioned that Flight 501 was going to divert to Los Angeles.

Officially, it appears that the crew was given the choice by Dallas operations to either divert to Los Angeles or continue the flight unpaid to Honolulu. Urban legend has it that the pilot had been ordered to divert. Either way, we suspect that the pilot really did tell Operations that he had “a good airplane, good weather, and a load of passengers who have paid for a trip to Hawaii. What are they gonna do…fire me?” The pilot then brought the lead flight attendant into the cockpit and informed her of what was happening. Her response: “Is that all? I can get another job…I thought you were going to tell me that you were putting this big son of a bitch in the water!”

Flight 501 landed in Honolulu on schedule boarded passengers for DFW as Flight 502. On the return trip home the deadheading crew started opening up the bottles in the in-flight bar reminiscing about the years they worked with the airline and what the hell had happened in the last few years that had brought them to this final flight. Just after six in the morning, with rain falling, Flight 502 touched down and taxied to the terminal. The terminal was guarded to all but the passengers disembarking from the plane, and with that, Braniff International ceased to exist as it had since 1928. Three airlines were born from the ashes: Sun Country Airlines, Braniff, Inc. (which lasted from 1983-1989) and Braniff International Airlines, Inc (which started, crashed and burned between 1991-92.)

N601BN lived after Braniff died. After being moved to Polaris Leasing, the airframe found it’s way to Metro International, then Tower Air. Ultimately, the airframe was scrapped out in 1994 after twenty-three years of service. 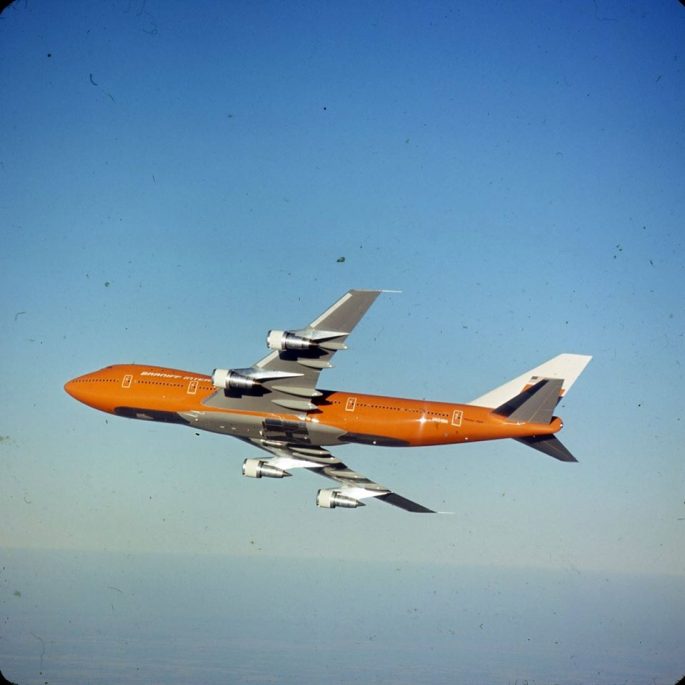 Gullet-Cam: Here's What Goes On Inside The Intake Of A Turbo Supra! Turn-Key Speed: This Blown, Virtually New Slingshot Dragster Comes Ready To Run And With Spares