Unhinged: The Kevin Hart Crash, The CHP, And What It Might Mean For You 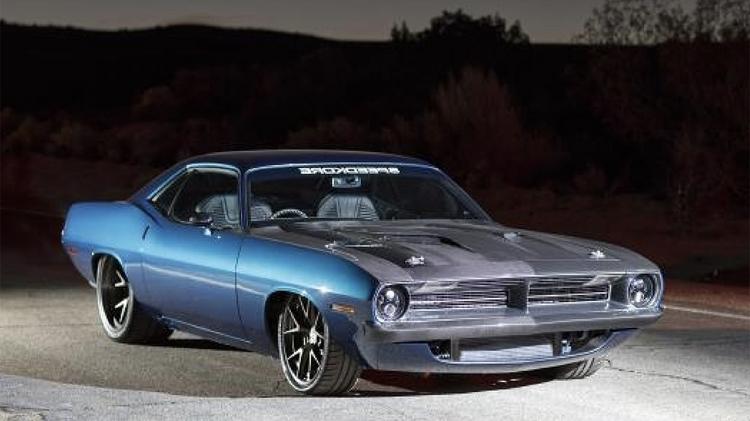 On September 1, 2019, comedian Kevin Hart, along with Jared Black and an unnamed third passenger, were involved in a single-vehicle accident in Calabasas, California. Black was at the wheel of Hart’s 1970 Plymouth Barracuda, a SpeedKore build known as “Menace”, when the car wound up rolling down an embankment. As of press time, Hart has undergone surgeries on his back, Black was also being treated for back injuries and the third passenger managed to get out of the crash with no significant injuries.

Accidents happen everyday. But it isn’t everyday that the California Highway Patrol takes a significant interest in the wreck of the car after the incident. For the next couple of weeks, the CHP is going to go over the remains of the Barracuda with a fine-toothed comb, which alone wouldn’t be so bad…after all, if something broke on the car, it would be good to understand what happened, right? But there seems to be a panic floating around, possibly due to TMZ articles like “Kevin Hart’s Ride Lacked Critical Safety Features, Car Experts Claim” that use Joe Rogan and Dr. Phil McGraw as “experts”, or “Kevin Hart’s Car Will Be Disassembled By CHP and Laws Could Change“. Now, between you and me, reader, TMZ has all the merit of the printing press that sits between the sink and the tub in my bathroom at home, and the content of what’s on the paper is pretty much the same in my eyes. But, as annoying as it is, TMZ is an influence site and naturally, people are picking up on keywords, such as “unsafe”.

SpeedKore didn’t explicitly build an unsafe car. There have been cries about how “Menace” didn’t have a full roll cage and five-point harnesses. Argue about that point all you will. But the 2016 SEMA show car did have one thing that probably raised a red flag with CHP immediately: two seats. The rear seats had been deleted in favor of two storage bins. Three people, two seats…yep, that’s a problem. In a car with at least 750 horsepower from a supercharged late-model Hemi that’s about to hit a twisty road in California, we’d want to be in a seat, not camping on a storage bin. And about that horsepower figure…Black was driving the car at the time of the accident. I don’t care how long the Hellcat has been out at this point, once you’re over 450 horsepower, if you don’t know what the hell you are doing with the throttle, brake and steering wheel, whatever happens next is bound to hurt. 300 horsepower Mustangs and Camaros from twenty years ago can still get crossed-up and stupid in a hurry. A 750+ horsepower torque monster in the canyons?

We wish Kevin Hart and Jared Black a quick, progressive recovery from their injuries. We hope that the CHP find a useful note in the wreckage that was once a beautiful show car. But if a celebrity’s car accident is all that’s needed to start talking about changes in law, is a change in law needed? If I had crashed that car and suffered those injuries, the internet would be quick to label me as a non-driving hack and some troll would yammer on about how I needed to keep my driving to video games. Hold off on the discussion about law changes until the CHP’s report is released. And for the love of everything holy, stop getting any kind of car “information” from TMZ. Their call for law changes is simply based upon the fact that a celebrity was injured, and not because of any perception of safety, real or otherwise. Things are already going to be bad enough with the CHP looking into the crash.

16 thoughts on “Unhinged: The Kevin Hart Crash, The CHP, And What It Might Mean For You”