“Any Landing You Can Walk Away From Is A Good Landing”: The Story Of The Brocklesby Mid-Air Collision 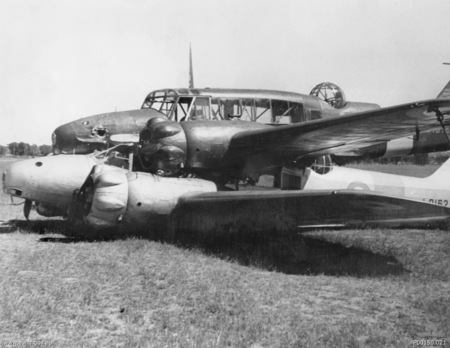 Interesting lead photo, isn’t it? What you are looking at are two Avro Ansons, mated in the middle, laying in a farmer’s field near Brockelsby, New South Wales, Australia in 1940. Believe it or not, this was the result of an in-flight accident and one man managed to land both aircraft, still hooked together after the crash. Even more unbelievable is that out of the four people involved, only one was injured and nobody died. And the icing on the cake is that all of the aircrew personnel were in training. The Brockelsby mid-air collision is an underrated aviation incident, the kind of accident where the stars aligned perfectly to create a situation that should have been a tragedy and turned it into a triumph.

In Australia, Service Flying Training Schools had been set up to take basic pilots and teach them the skills they would need for combat service flight performance: dive bombing, aerobatics, night flight, and formation flight, among other specialties. On July 29th, 1940, SFTS No. 2 came to life, based out of Wagga Wagga, NSW, with Avro Ansons as the machine of choice. The Anson had been developed as a marine recon platform, but the airframe truly shined as a multi-role trainer. Pilots would learn their skills in an Anson and when moved into a unit, get further training on a different aircraft. Naturally, the pilots that were in the SFTS were young guys who were being prepared for war, such as 22-year-old Leonard Fuller and 19-year-old Jack Hewson. Fuller and Hewson would be performing a cross-country flight on September 29, 1940, with 27 year old Ian Sinclair navigating for Fuller and 27 year old Hugh Frasier fulfilling the role for Hewson. 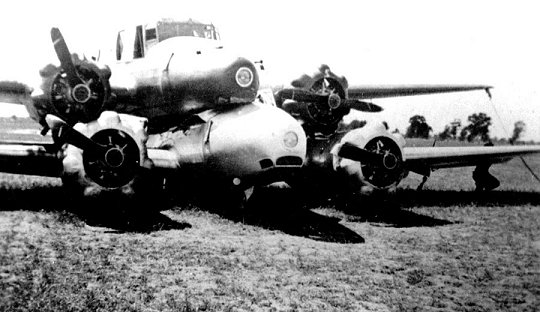 As the pair of aircraft were flying over the tiny village of Brockelsby, they entered a banked turn and that’s where the day went to hell. Fuller lost sight of Hanson’s airplane in the middle of the turn and didn’t figure out where he went until it was too late. Hewson’s Anson wound up underneath Fuller’s and the two aircraft collided. The engines in Fuller’s aircraft were taken out almost immediately, but by sheer luck the two aircraft had become locked together, with the lower Anson supporting most of the upper Anson’s empannage. Sinclair and Frasier bailed out, shortly followed by Hewson, who had sustained a back injury. Fuller, in the meantime, had discovered that not only were the engines on Hewson’s plane still at 100%, but that he was able to fly the two aircraft together using his Avro’s flight controls. He later admitted that the combination of aircraft flew “like a brick”, but he was able to travel about five miles before he was able to belly-land the pair of planes in a farmer’s field.

The Royal Australian Air Force was both stunned and impressed that Fuller had managed to avoid a complete write-off of the two airframes. Fuller’s aircraft wound up being repaired and put back into service, while Hewson’s airframe, which was still heavily damaged, became utilized as a ground trainer. Fuller was praised for his skill and promoted to sergeant, but was also confined to barracks for fourteen days and docked seven day’s pay for speaking to the press without authorization. After the incident, Hewson and Sinclair performed short stints in service before being discharged. Frasier died in an aircraft accident in 1942, and Fuller was killed when he was hit by a bus while riding a bicycle in 1944.

Classic YouTube: Buddy Ingersoll At Bristol, 1986 - How To Screw With Pro Stock Using A 4.4L V6 Woodward, The Proper Way: With A Gigantic Droptop! Hoonigan Takes A Trip To The Dream Cruise!

3 thoughts on ““Any Landing You Can Walk Away From Is A Good Landing”: The Story Of The Brocklesby Mid-Air Collision”