Awakening The Dead: Watch As Old Engines Are Brought Back To Life! 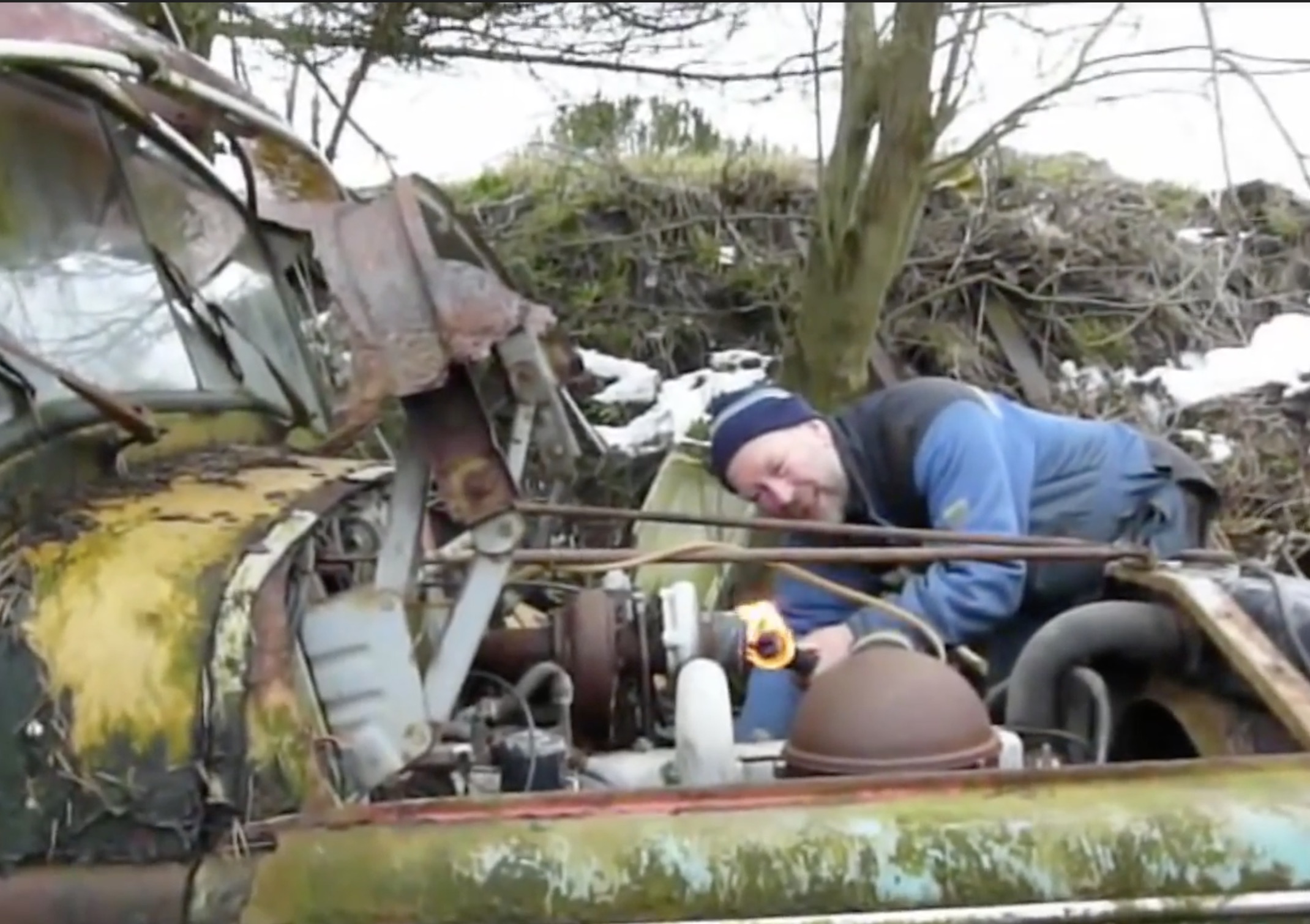 There is an immense joy to be had when an engine that hasn’t ran in forever kicks over and returns to life. It’s such a satisfactory accomplishment. You’ve done all of the checks to make sure that the first time it coughs that you won’t be part of a fireball. The battery is brand new and you’ve got as much fresh fuel as you can get your hands on. You’ve checked the plugs, the cap, the rotor and you’ve made sure that the engine itself isn’t frozen. You’ve done everything you can do except to say a small prayer and hit the key or jump the relay. The first couple of rotations are slow and taxing and for a brief moment, you get the fear of this being the point of failure. Then the revolutions start to pick up. There is a cough as it tries to kick over once, maybe twice. And when it finally catches and runs, the high you hit is unbelievable. Suddenly, what was abandoned iron has life and you find yourself more than ready to continue the journey on bringing an old bit of iron back to life.

We’re all about every last engine that kicks over in this compilation video, from the “Beast of Turin” Fiat with the 28.3L four-banger and the exhaust note that sounds like the Devil’s own steam tractor to the Kamov Ka-26 “Hoodlum” helicopter that sounds like a pipe organ’s morning yawn before the first nine-cylinder radial engine catches and fires off in a hazy cloud of smoke, every last engine that wakes up in this video demonstrates a second chance for life. We hope the old semi-tractor (Peterbilt?) is being restored and we hope that nobody actually flew the Kamov. No, really…that looks as promising as a baby near a bear trap.

Scrapple, Your Guide To The "meh"-Worthy News! This Week: Potholes, Taxes, And Paradise! Going For Broken: Watch This Holden Blow Off The Supercharger At Over 10,000RPM!

2 thoughts on “Awakening The Dead: Watch As Old Engines Are Brought Back To Life!”