Bath Time: Scrubbing Down A Mercedes That Hasn’t Seen The Sun Since 1982! 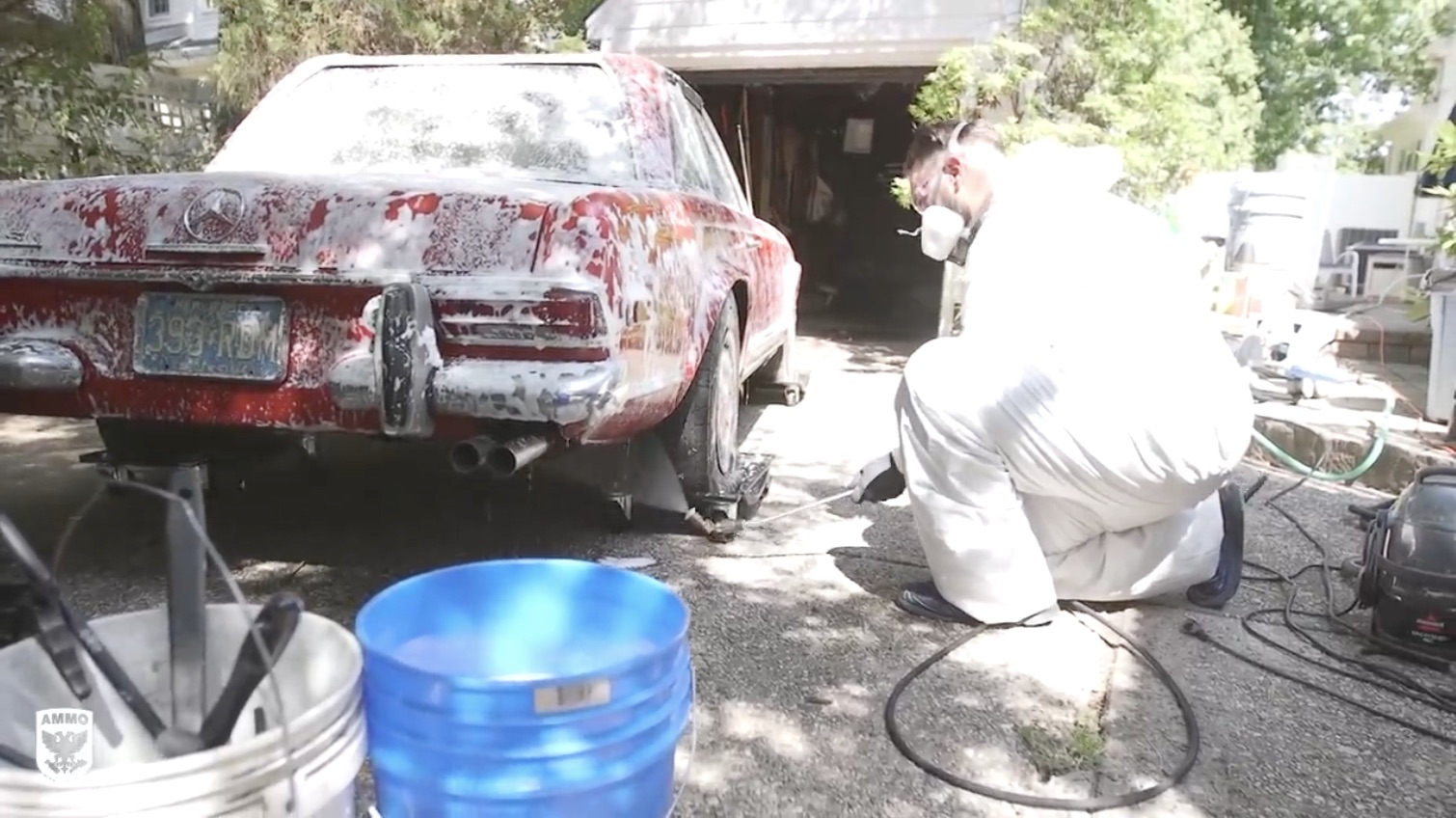 Have you ever seen one of those “ultimately satisfying” videos on YouTube, where everything that goes on…every noise, every action…leaves you feeling oddly good? It’s difficult to explain, it’s just that you watch, nod your head and go, “Yeah…that’s nice.” Over and over. They are time-killers but they usually are pretty interesting to watch. Consider this the “ultimately satisfying” video for the gearhead. This 1969 Mercedes 280SL hasn’t seen the light of day since 1982. It’s spent all of that time in a New Jersey garage, just sitting, waiting, doing nothing. This car wasn’t socked away for the sake of hoping that one day it’d be worth money or anything like that…the owner just put it up after daily-driving the car for ten years and that was that. His son wanted to bring it out and clean it up in the hopes that his father would agree to a restoration of the old Merc, and as such, there was going to be a lot of detailing needed if the car was going to shine like it did during it’s daily-driver days.

No matter where you leave a car, letting one sit for nearly four decades left alone is always a bad idea. The paint will oxidize, the interior will gain a funk that is hard to get rid of, and the likelihood that Mickey Mouse’s rather unsavory relatives will make it a home is nearly guaranteed. Any car can be cleaned up, but it takes the right equipment, the right tools, the right techniques, and in some cases, breathing masks. (Hm…I had an Oldsmobile once that I could’ve used that kind of stuff on.) Fixing the mechanical parts of a car is straightforward. Cleaning up four decades of cobwebs, moldy interior and getting the old paint to shine brightly…now that’s a hell of a chore!

Double-Dog Dare You: Who Will Put This 1968 Chevelle Stocker Onto The Streets? Watch Katech Reset The Naturally Aspirated LT Engine Record - 806hp On Its Own!

3 thoughts on “Bath Time: Scrubbing Down A Mercedes That Hasn’t Seen The Sun Since 1982!”