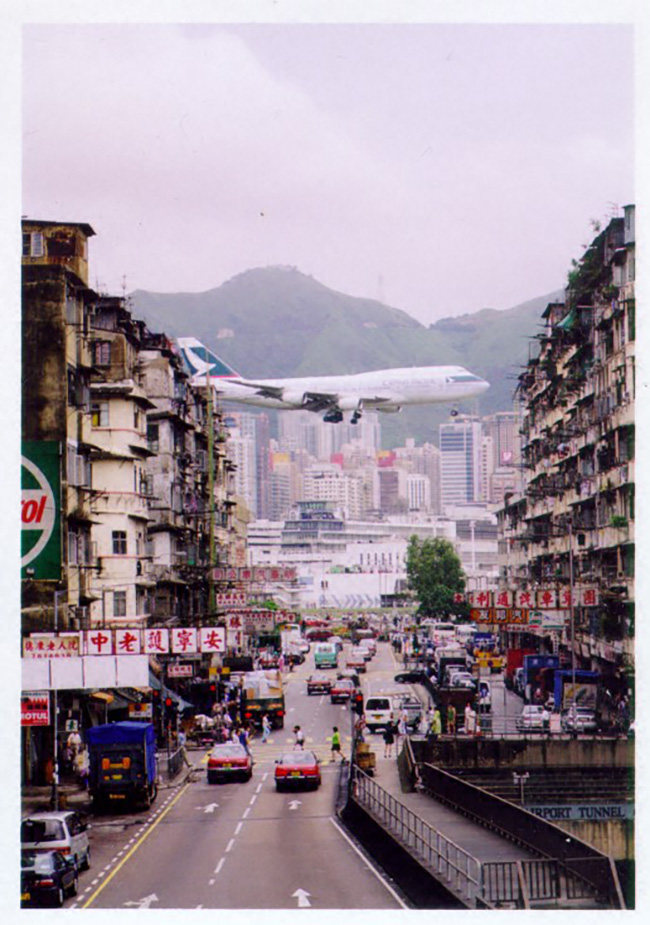 Kai Tak International Airport closed on July 6th, 1998 after 73 years of aviation service. The airport’s ICAO and IATA codes were moved to the new Hong Kong International Airport, which moved airline facilities away from Kowloon City. Chek Lap Kok island was purposefully enlarged to house the airport, which was meant to help alleviate two main problems with Kai Tak. One was a dense population center that just wasn’t there when Kai Tak had been built, the other was the limiting factors that said population had on aircraft operations. Kai Tak was overburdened, only had one runway, and a curfew that ran from 11:30 P.M. to 6:30 A.M. killed a lot of potential traffic. And then, there was the always-present issue of what would happen if there was an aviation accident in the densely populated area. Small aircraft are one thing, but when you have 747s, DC-10s and Airbus 340s flying in and flying low, that’s another.

And let’s talk about low. The route is known as the Kai Tak Heart Attack, because it was a sure bet that three-quarters of the passenger compartment were close to having one as they looked out the window and saw what people were making for dinner in their apartments. Officially known as the Checkerboard Approach or the Runway 13 Approach, the line worked like this: coming in at 270° and 6000 feet, the aircraft would fly to “Point Golf” on the South side of Lantau Island, then would make a right-hand U-turn that would intercept the Runway 13 instrument guidance system. At about 2,500 feet of altitude, autopilot was shut off and the pilots got to enjoy the remainder of the landing by flying manually. Below 1,000 feet, the aircraft aimed for “Checkerboard Hill”, an orange/white checkerboard pattern on a hill above Kowloon Tsai Park and at the right time, would make a 47° right turn into the final approach to the runway. This last turn would start at about 650 feet in altitude and would end at about 140 feet above the ground. For comparison’s sake, that final altitude is less than the wingspan of a Boeing 767. And we haven’t started talking about what goes on during Hong Kong’s typhoon season yet or the fact that one screwup would leave an aircraft in the water. Would you have been willing to go on this ride?