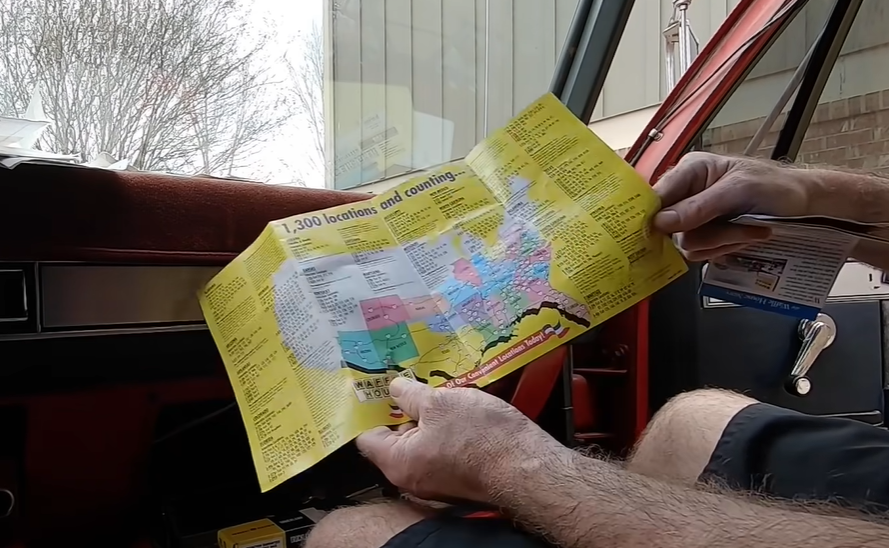 This is a great video from Mike Finnegan and David Newbern. Why? Well because the first two thirds of this video are everything you expect from classic Finnegan and Newbern as they get the World’s Largest Squarebody ready for a road trip all the way across the country. They call it Lincoln Hawk, and it needed some love before it could make the cross country road trip in search of more boats. Yep, more boats. And by the way, Finnegan blows one up. Just saying. Spoiler alert. LOL

If you aren’t familiar with the Lincoln Hawk, it is an extended crew cab square body Kodiak truck with a giant box on the back. It is powered by the venerable 3208 Cat which is a 10.4L V8 turbo diesel. Depending on the configuration it makes somewhere between 275 and 435 horsepower and is backed by a manual trans and a two-speed Eaton rearend. I’m not sure which trans is in Finnegan’s but would expect it to be the 5-speed Clark since it has a two-speed rear in it. At any rate, it is a beast and goes down the road like champ. Or it will at any rate, after the stuff that is broke gets fixed. And then the other stuff that breaks gets fixed, and then the other stuff gets adjusted.

You know the drill.

So if you are into the shenanigans you have come to love from our dynamic duo, then sit down, grab a drink and watch, because you’ll surely be entertained and love what you see.

How Light Is It? Building The Lightest Nitrous Pro Mod Ever, Episode 1 2021 Denso Spark Plugs 4-Wide Nationals: Alcohol Dragster and Funny Cars Four Wide For The First Time Ever

One thought on “Cross Country Road Trip In The World’s Largest Square Body With Finnegan. And Boats. Yep, More Boats.”