Episode 4 Of The Horsepower Wars $10k Drag Shootout Is On! Builds Are In Full Swing And Burritos SUCK!!!

Oct 06, 2019Chad ReynoldsENGINES, FUNNY STUFF, MISC, RACING & ACTION, VideosComments Off on Episode 4 Of The Horsepower Wars $10k Drag Shootout Is On! Builds Are In Full Swing And Burritos SUCK!!! 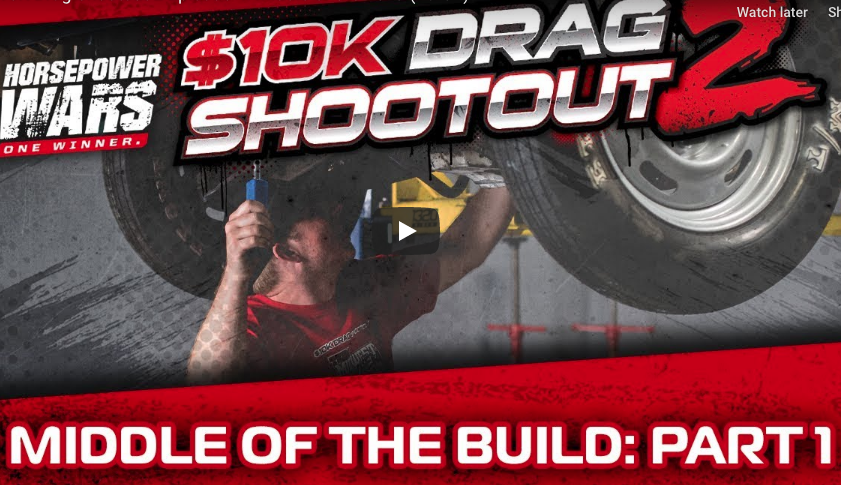 The $10k Drag Shootout is one of the coolest things I’ve ever done, and I’ve been lucky enough to do some pretty rad stuff. With a team of great dudes and the drive to win, building a car in just 10 days becomes a task that doesn’t even seem weird once you are in the middle of it. The drama you’ll see in these episodes is real, as is the tension, fear, and frustration with whatever is or isn’t happening. There is a lot going on in this show, including tons of fabrication, building, and thrashing, mixed in with plenty of smack talk. But watching this episode also is tough. Tough, because just over a week ago we lost one of the team members competing in this event.

Joe Hunt was a cool competitor, a guy I knew from races around the country, a friend of friends who was always fun to be around during events and during this competition. He was a professional smack talker, in all the right ways, and a guy that was known for helping anyone in need. He was a great tuner, and a guy who knew how to get into the head of whoever was in the lane next to him. He died doing exactly what he loved, but much too soon.

There is a small tribute to Joe in this episode, but know that more will be coming. God Speed my friend, we will carry on in your honor.

The Texas Early Day Tractor & Engine Association 47th Annual State Show Was Huge And Cool As Hell. The Top 10 Weirdest LS Swaps From LSFest In Bowling Green Might Surprise You!