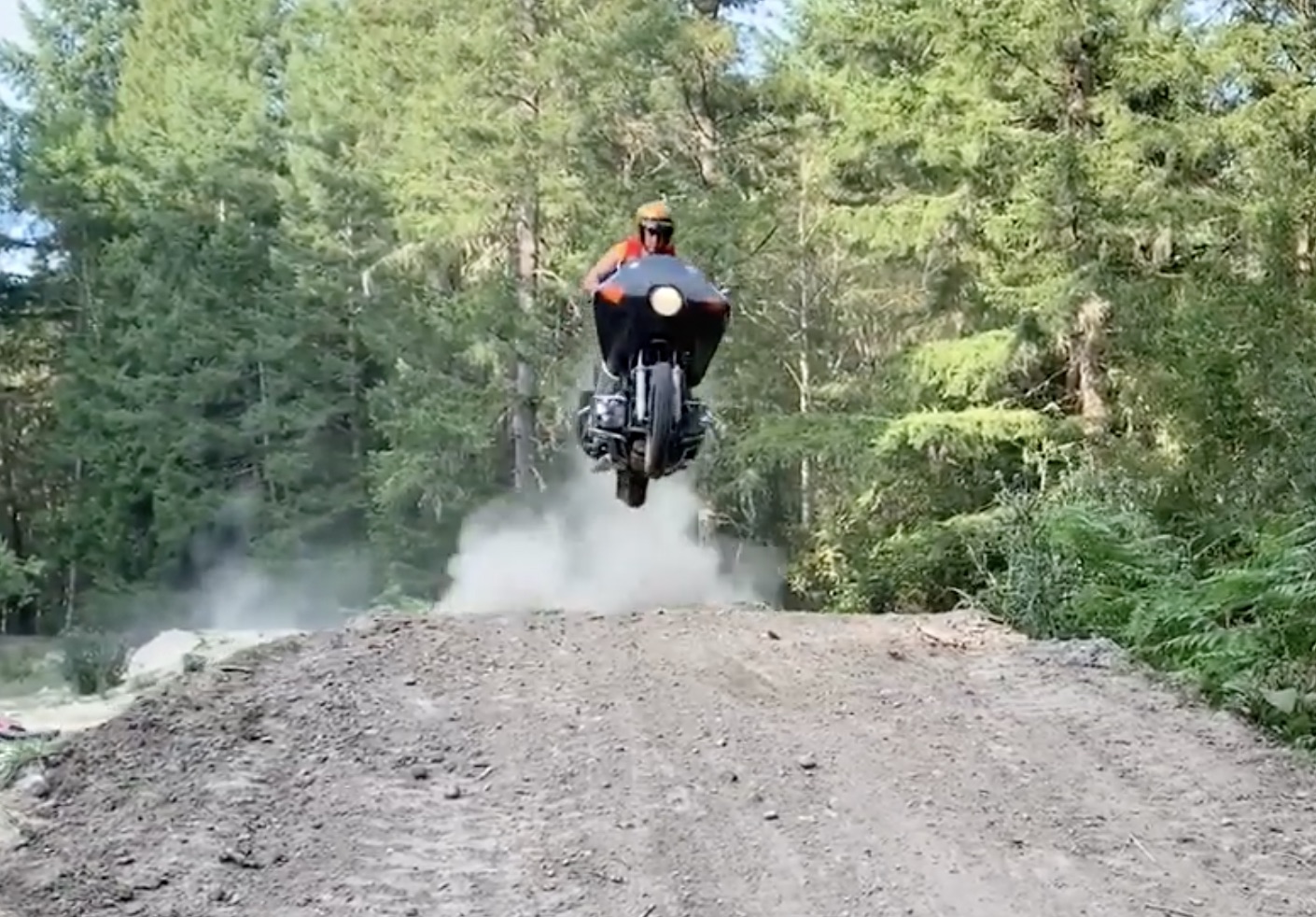 The first bike I ever jumped was an early 1980s Yamaha YZ-80. At least, that was the first bike I intended to jump…there was an incident involving a Honda Trail 70 and a stuck throttle that might have resulted in some air time, but all I remember from that incident were the blackberry bushes and picking thorns out of my arse for the remainder of the night. But that’s all right…dirt bikes and western Washington work beautifully with each other. There are plenty of ORV trails to check out and if you’ve got some property then the geography lends itself naturally to each other. My childhood has lots of times where I was roosting through trails that wound through Douglas Fir, alders and madrone and the dirt bikes I rode suited the trails fine.

The Honda Gold Wing is just about the last thing from a trail bike that there can be. A large touring machine from the get-go, the second-gen Gold Wing is right about the point where Honda’s flat-four big bike made the jump from a naked bike to the full-on fairing-and-trunk setup that most people picture. These are easily 600-pound motorcycles, big beasts that are happiest eating up the miles on a highway or Interstate. But sometimes, you just have to make do with the things you have on-hand. So if that means that an old Gold Wing is going to hit the motocross track, so be it. Kudos to the riders for man-handling these hefty bikes around!

Outdated, Huh? This LT1 Powered Camaro Is Still Kicking Ass At The Strip! Would You Rather: Do You Choose The Classic Restoration Or The Late-Model Restoration?

3 thoughts on “Hitting The Dusty Trail: Honda Gold Wings On A Motocross Track!”