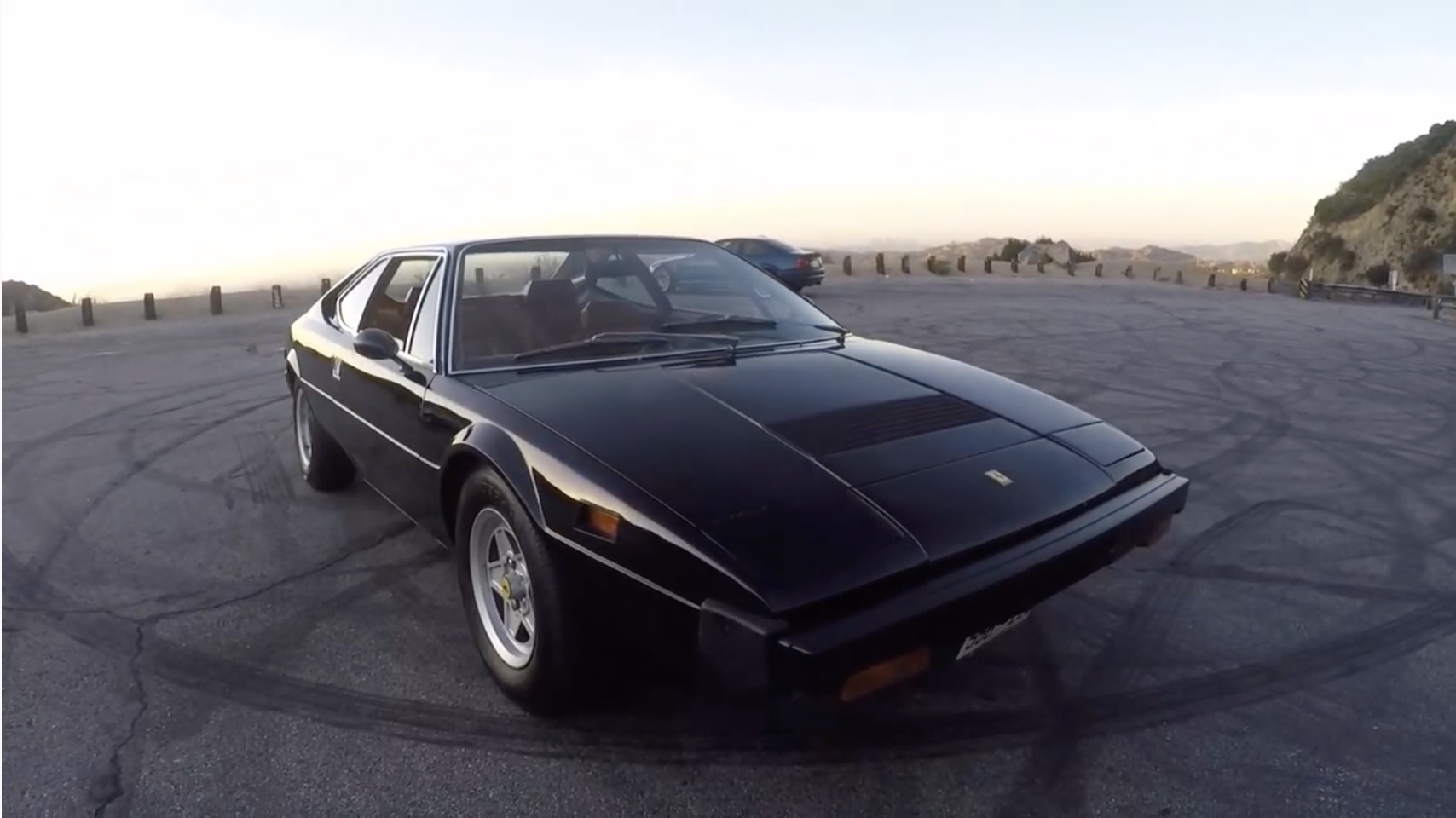 Only in May of 1976 did Enzo Ferrari give permission for the rear-mid engined four-seater with the V8 at the back to wear the prancing horse badge and fully claim it’s rightful place. Prior to, the car was simply known as “Dino”. Often considered a “lesser form” of a Ferrari, Dino (as a manufacturer) was an homage to Alfredo “Dino” Ferrari, Enzo’s son who designed the flat plane crank V6 engine that Ferrari used in Formula Two with success, and after gaining Ferrari’s blessing, was used in the Lancia Stratos rally car with great success. The V6 then morphed into the V8 form, and what a sweet little engine it was. Sure, it made headway as the engine used in the F40 and 288 GTO while wearing hairdryers, and as the howler that powered the 360 Modena in more recent times, but it’s origin story in the 308 Dino GT4 sounds just as sweet without any of the angry twitchiness.

There is something about a properly tuned Ferrari that is breathing properly with carburetors. The noise is beyond gorgeous, the click-click of the gated shifter is satisfying even if you aren’t clicking the shifter, and revving out to nearly 8,000 RPM without fear? Yeah, we’re all about that, even if it’s really a proper four-seater coupe with the engine mounted more in the rear than any other car like this.