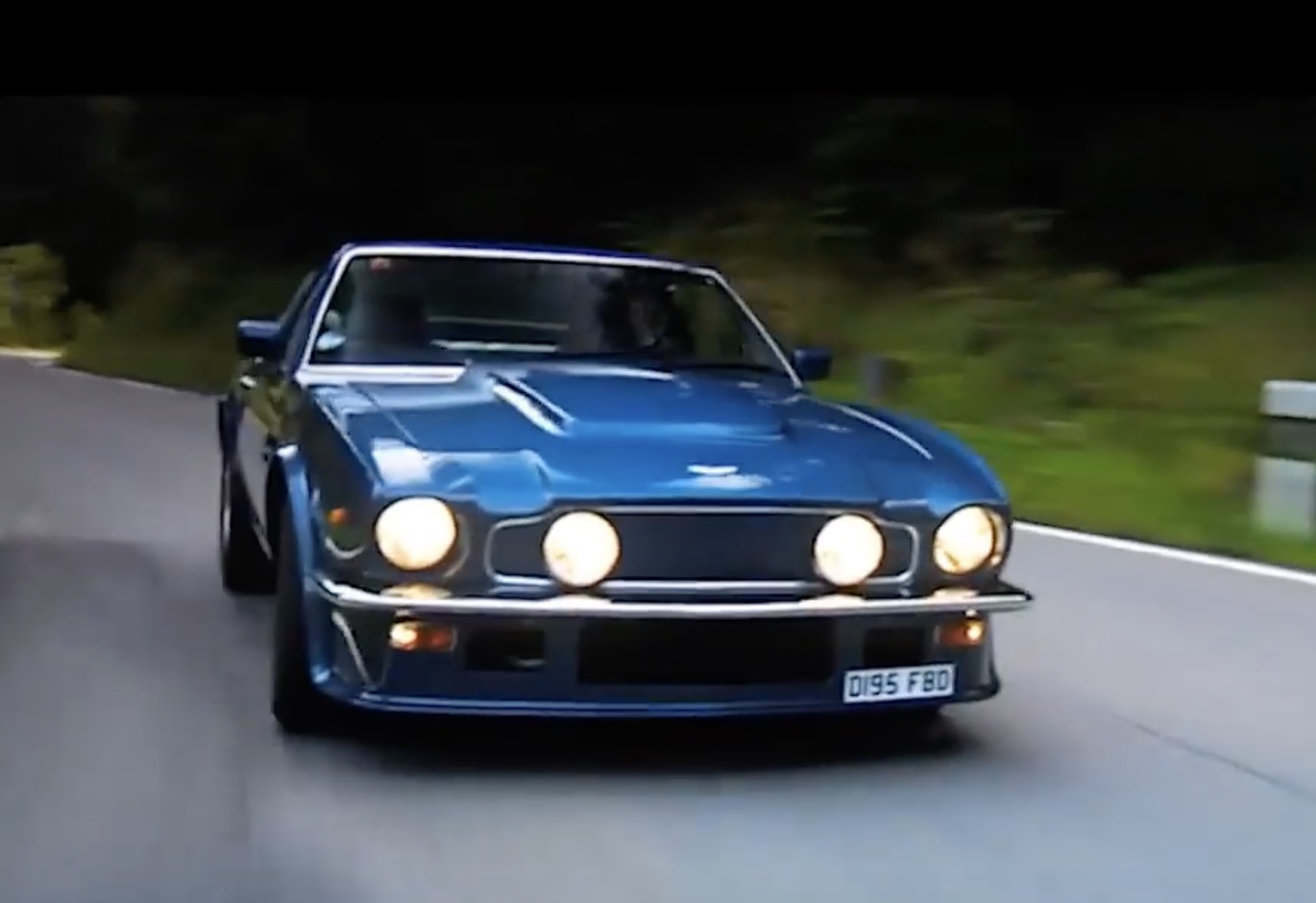 Ford took control of Aston Martin in 1991 and for the next sixteen years cranked out Astons like the company had never before managed to do. When you’re hand-building cars on hand tools, small outputs should be expected. But you would be forgiven for thinking that a Ford/Aston tie-up happened around the late 1960s. If you ever get near a DBS or a V8 from 1967 until 1989, you’d understand where this is coming from. Astons of the time period echo some Ford cues of the early 1970s hard…the headlight buckets look like they would work on a Maverick, the overall front nose of the V8 almost gives off a Mustang II vibe, the quarter windows look Maverick…it might almost be blasphemy to say, but did somebody from Newport Pagnell make friends with an engineer from Henry Ford II’s era of work?

The V8 isn’t just pretty, either. It’s rowdy. This car is more often than not referred to as the British muscle car, and we whole-heartedly agree. Long hood, short deck, two-door, and it sounds absolutely, unrelentingly violent. The 324ci V8 worked best with the ZF five-speed manual trans, but if you had to have an automatic, you gained the durability and proven strength of the Chrysler TorqueFlite box. Then there’s the other reason anyone buys an Aston Martin: the luxury. Effectively, any Aston from this era was a bespoke beast, but the Vantage was a big kicker. The horsepower ranges from about 375 horsepower to over 400 by the end of the model run.

But again…that noise. Not many Brits make a caterwaul that sounds this good.

Alright, Who Did It? Who Asked The Madman To Build A Tank? Rough Start: 1926 Ford Model T Roadster With A Rotary...What?