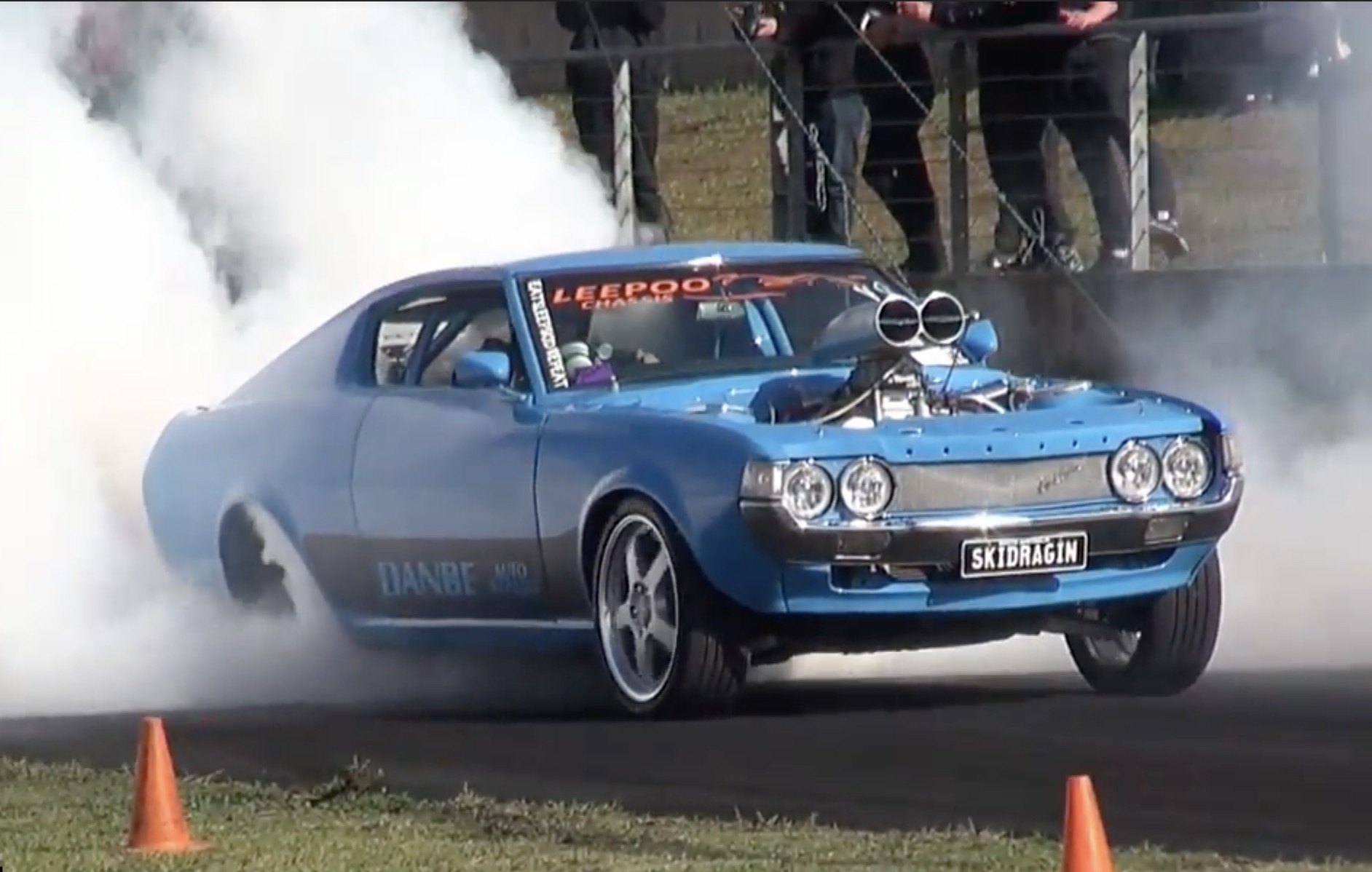 Early Celicas look like stylists at Toyota were thrown pictures of the Ford Mustang circa 1968 and told, “Copy that.” Not a bad play, actually…the Celica’s popularity as a sporty little car might have been helped by it’s slightly familiar looks. But try as they might, the Celica didn’t cut the mustard on the power factor. They looked great, they sounded like a Hilux pickup truck. We’ve got respect for Toyota’s four-bangers, they’re tough as hell, but power isn’t the main focus. Which is kind of a shame, really…the difference between “sporty” and “potent” isn’t really that far off and in the mid-1970s, surely Toyota could’ve made a reasonably powerful Celica to compete with the likes of the Vega and the Mustang II?

Well, just like the other two examples, any woes you have with what’s in the engine bay can be quickly cured with eight cylinders’ worth of stupid fun. Straight from Brashernats is “SKIDRAGIN”, a 400 Chevrolet-powered 1978 example that is fully Australian: brightly colored and properly pissed off!